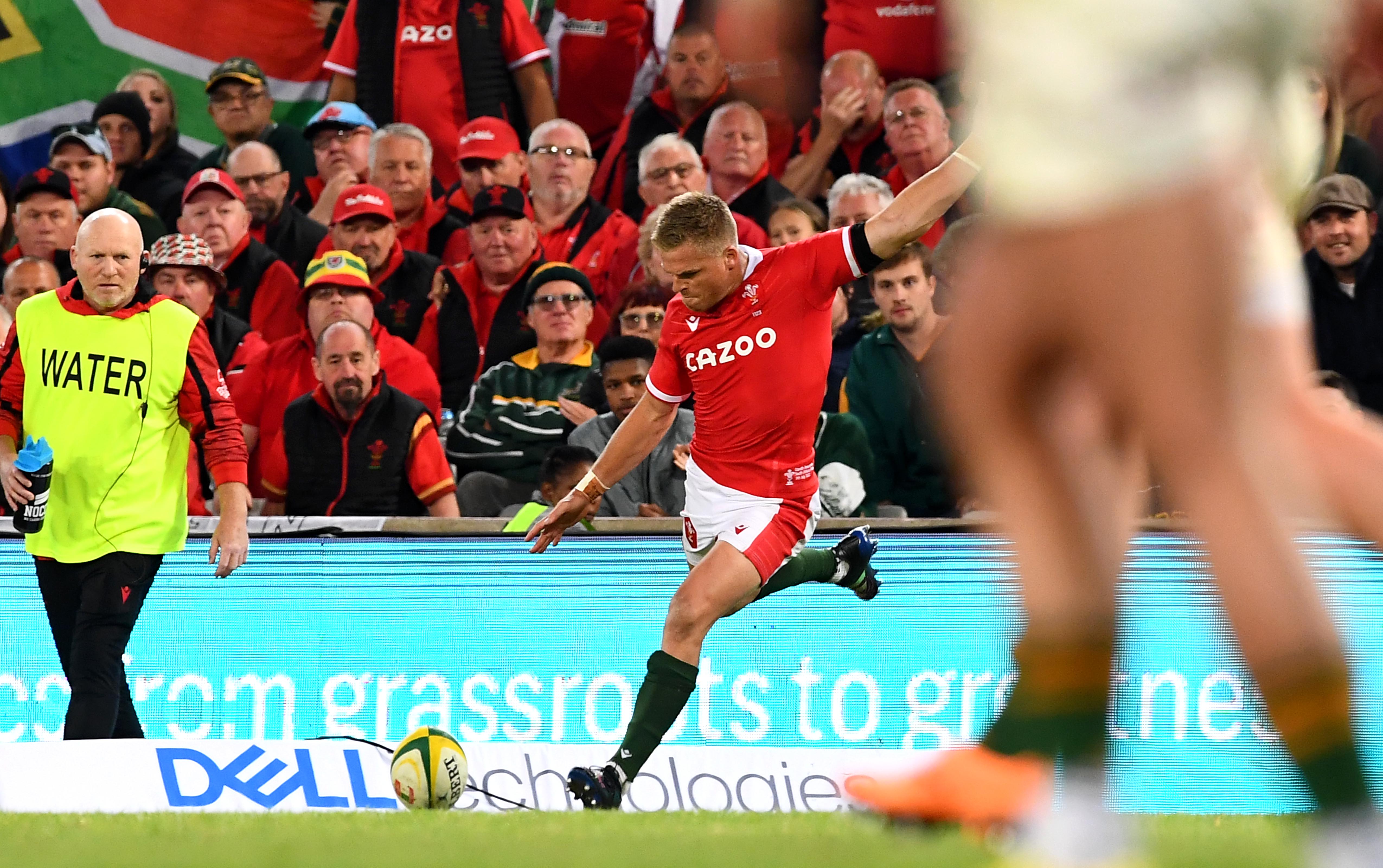 Gareth kicked for Wales and Theo

Two years ago Gareth Anscombe wasn’t sure if he would be able to run again, let alone play rugby.

Yet at the Toyota Stadium in Bloemfontein he was able to hold his nerve and nail one of the greatest kicks in the history of Welsh rugby.

Given the chance in the 79th minute to be the hero as he took the touchline conversion of Josh Adams’ try in the left corner against the Springboks, the Ospreys No 10 was bang on target to earn Wales a 13-12 victory – their first in 12 attempts against South Africa in South Africa!

How it started vs how it’s going 🥰

It was a kick that completed a remarkable comeback after major knee surgery a few years ago and takes Wales to Cape Town on Saturday to play a series decider against the reigning world champions.

“There were so many unknowns and it’s just a bit of a ‘pinch me’ moment that I’m here. My last big surgery, my third, was 7 July, 2020 and that was when everything got turned upside down.

“It went from being an ACL to something a whole lot more. That’s been well documented and it’s funny how the world works.

“There is no way I’d be where I am without my wife and my family, but particularly my wife. We literally converted half the house to accommodate my recovery.

“I took the time last week to reflect on it a little bit, the fact that it was two years to this date. The question wasn’t ‘can you play international rugby?’ it was ‘can you run?’

“That sort of stuff is pretty eye-opening and it’s just weird how the world works. I’ve paid my dues, I sacrificed and my family did. I worked hard and I’ve got a lot of people to thank for putting me in this position.

“That effort, that kick, is the culmination of so many people’s work. I’m just glad I was able to step up when I was supposed to and just do my job. Maybe I had the rugby gods on my side. I’m just glad that I could play a part in this group achieving something pretty special.”

Pretty special, indeed! Since 1964 Wales had never been able to beat the Springboks in their own backyard and had been beaten in the first Test in Pretoria by a penalty after the hooter after the scores were tired at 29-29 with 80 minutes on the clock.

This time there were no mistakes after the teams were locked up at 3-3 at the break and Wales hit back from a 12-3 second half deficit. Anscombe came on to replace Wales skipper Dan Biggar in the 51st minute and led the fightback with a nerveless penalty in the 67th minute to make it 12-6.

He was annoyed with himself for missing another one soon afterwards, but then got his shot at glory right at the death.

“It’s one of the biggest kicks of my life and I’m just glad it went where it was supposed to. As a kicker those are the moments you want, and I was fairly confident in my ability to kick it,” he said.

“I was a little bit annoyed at missing the one before, I just pulled it. I popped up a little bit quick and you then naturally draw the ball a little bit.

“If anything, I allowed Jenks (Neil Jenkins) to help me steer that one through. I was actually struggling to see it because I lost it in the floodlights, but I saw Jenks’ reaction and he usually tells you before anyone else does.

“I’ve been really happy with the way I’ve goal-kicked this season, but I think he was a little bit annoyed at me because I missed the one before. I was just going to let the crowd tell me where that one was going.

“The atmosphere was amazing and the crowd was noisy to say the least. I’m just so rapped for the team. It’s a pretty special moment and I’m just proud that I could step up and do my job, which is what it’s all about.”

It wasn’t just the crowd that let him know his conversion had hit the spot, Welsh rugby fans around the globe roared their approval as they watched history being made. It was a moment for them all to savour and for Anscombe it was a special gift to his newly born son, Theo.

He had to miss the birth to leave for the tour and actually got to see Theo for the first time on a Face Time call with his wife, Milica, when he landed in Johannesburg to join up with the squad.

“I’ve made a lot of sacrifices in my life and I’ve been through a lot, physically, and I’ve missed the birth of my son,” added Anscombe.

“The group has been amazing. We’ve created something special and there’s a chance to do something tremendously special, with the series here, which is something that not many teams ever do.

“I’m relieved and proud of the group and I think we deserved this one. It wasn’t until we had that scrum with 30 seconds to go that I thought we had a chance to win it because of the way the game and the series has gone.

“Fair play to Sam Wainwright in his first Test, because obviously South Africa were scrummaging for a penalty there.”

Gareth Anscombe
“The group has been amazing. We’ve created something special and there’s a chance to do something tremendously special, with the series here, which is something that not many teams ever do."