Fussell and Rees visit the Ath’

Bridgend Athletic RFC was the venue for a special development evening this week when the WRU/Ospreys Community Rugby team dropped in with Joe Rees and Richard Fussell.

More than 100 kids from U9 to U12 turned up to experience coaching from the pair, along with Tom Cole, Player Development Officer for the Bridgend District, looking at key skills such as handling, tackling and contact area work.

The club can boast players like Rhys Webb, Tom Habberfield, Scott Baldwin and Matthew Morgan among their former numbers, and the next generation of hopefuls enjoyed a productive evening at Archbishop McGrath School in Brackla.

The session was a reward for the club’s efforts to grow the game in their local community, having more than 200 mini and junior members registered. It is one of a series of similar events across the region, which will also see the team take in Kenfig Hill, Dunvant and Mumbles RFC’s, with more to follow.

After spending a few hours getting wet with the kids, Fussell stressed how important it is that the players do what they can to encourage as many youngsters as possible to engage with rugby.

“This kind of event always makes you realise how privileged you are to be a professional rugby player, doing something you love every day as a job” said Fussell.

“The enthusiasm and excitement for the game that we see from the children when we visit club sessions show how much it means to them and that’s fantastic. Every single one of us at the Ospreys started off playing at a community club like Bridgend Athletic, so we can act as role models to the youngsters.

“Giving up a few hours of our time is a small sacrifice to encourage them to play rugby. Hopefully we can inspire them towards a lifelong passion for the game as the children we met this evening are the next generation of players, supporters and administrators.”

“It was a hugely successful evening that saw the U9 to U12 age-grades coming together to  pick up tips from two Ospreys players, tips that they will now take away and put into practice when they play.

“It’s important that we recognise the outstanding work being carried out by the Ath’, and other community clubs in the region, to give youngsters a chance to experience rugby at this level. This visit is a reward for the hard work done at the club week in, week out.

“You can’t underestimate the influence that the likes of Joe and Richard have, and how much it means to the young children to be coached by players from their region. These training sessions are a perfect example of union, region and club working in collaboration to grow the game in Wales.” 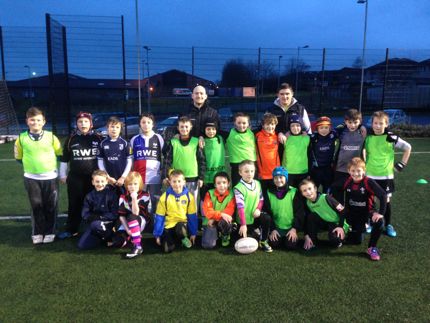 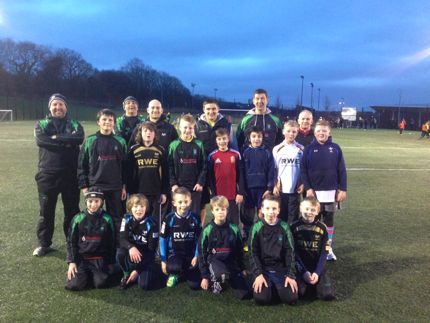 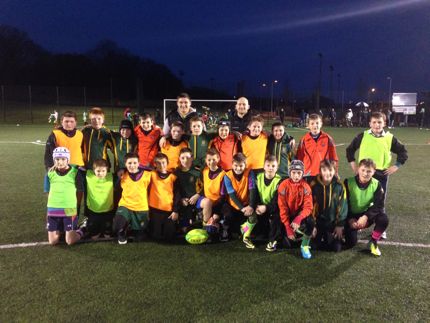 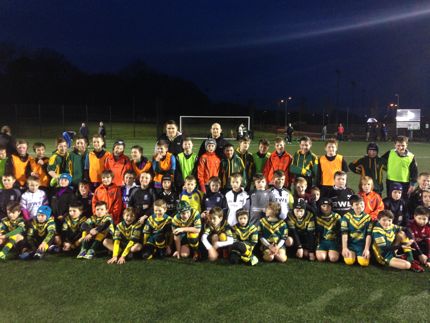