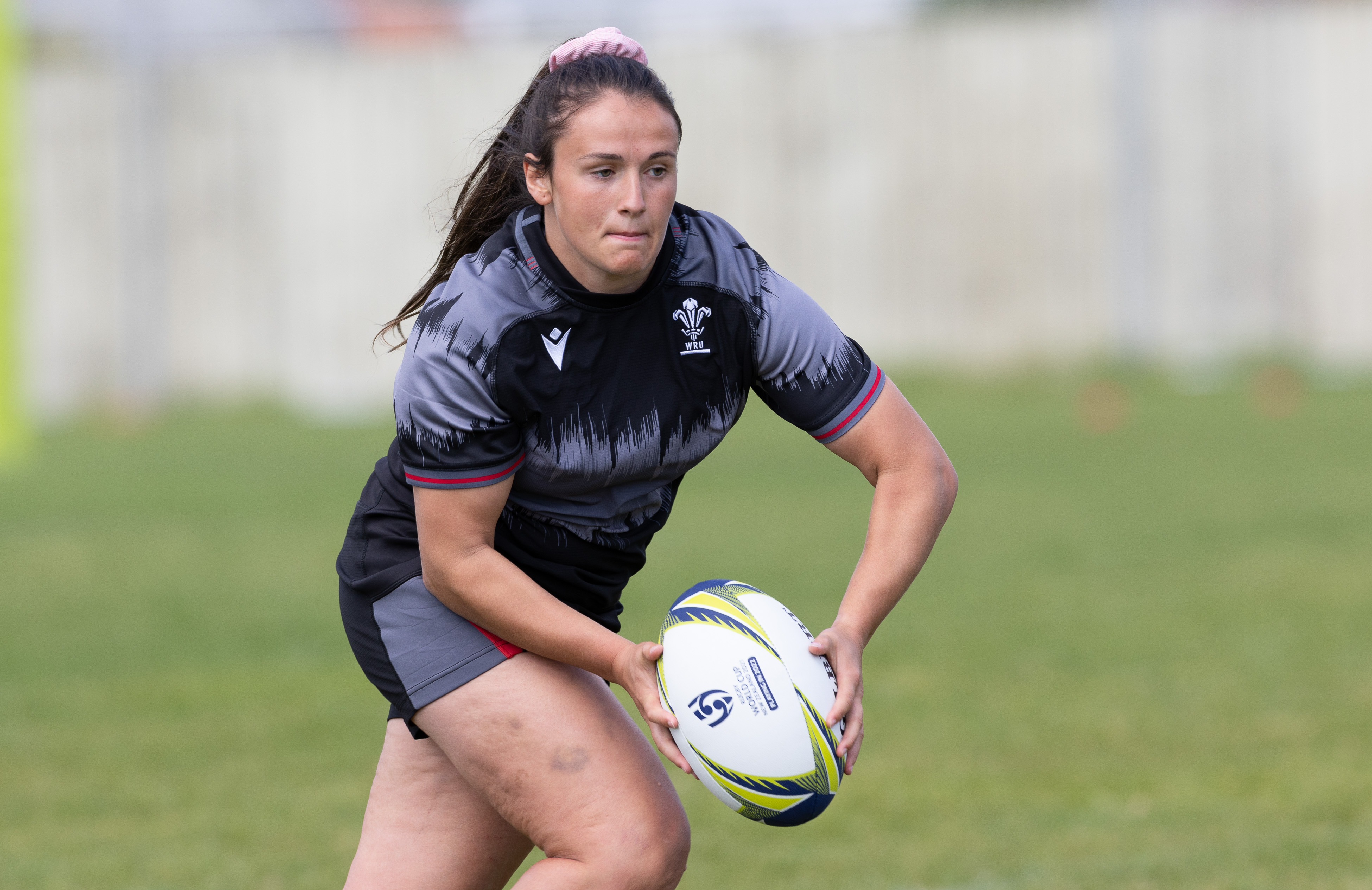 Wales international duo Jasmine Joyce and Kayleigh Powell have left the Welsh Rugby Union's full-time 15s programme to pursue Sevens opportunities for the rest of the season as Great Britain bid to qualify for the 2024 Olympic Games in Paris.

Wing sensation Joyce, 27, and full-back Powell, 23, have been called up for GB by head coach Nick Wakley ahead of the Sevens World Series events, with the December calendar seeing tournaments staged in Dubai and in Cape Town and seven in total from December to May next year.

The announcement comes two weeks after Wales returned home from the Women's Rugby World Cup in New Zealand, where Joyce and Powell were pivotal in seeing Ioan Cunningham's side reach the quarter-finals before being knocked out by eventual winners Black Ferns. It means Joyce and Powell are unlikely to play a part in next spring's Women's Six Nations, with GB due to be in Hong Kong when Wales Women face Scotland on April 1, 2023.

Joyce was one of the 12 Wales Women internationals to be awarded the first full-time professional contracts by the WRU in January this year, while Powell was part-time until a full-time deal came into force in July ahead of the World Cup.

Wales, England and Scotland are once again combining to form GB men's and women's teams for the 2023 series. The sides previously joined forces in 2021 in preparation for the Tokyo Olympics amid funding cuts. Wales will maintain male and female Sevens programmes to develop players and coaches, while Wales, England and Scotland will compete separately for Commonwealth Games and Sevens World Cups.

Joyce, who has been a standout player for GB and starred in the final when they won the 2021 Canada Sevens, said of her decision: "I’ve loved every second of my Sevens experiences in the past and to be able to do it full-time gives us a fantastic chance to be as competitive as possible. I’m gutted to be leaving the Wales set-up which has gone from strength to strength and I’m sad to leave the girls but Sevens certainly plays to my strengths at the moment and to have the chance to push for another Olympic Games is certainly a dream of mine, something I couldn’t turn down.”

Powell said: "This is a really exciting opportunity for me to play on the World Series and potentially the Olympic Games. That’s something I’ve dreamt about since I was a child so to give it a shot is huge."

WRU performance director Nigel Walker said: "We are sorry to see these players leave our full-time 15s programme as they were an integral part of our Rugby World Cup squad, but we wish them and the rest of the players and coaches involved in both the men's and women's Great Britain Sevens squads the very best in their aim to reach the Olympic Games."

GB Sevens head coach Wakley said: "We all know how Jaz can light up a sevens pitch anywhere in the world and she has already settled into our environment. I was lucky enough to work with Kayleigh with Wales U18 Sevens. She is a very talented player and she and Jaz have a good relationship at Bristol and Wales. They can challenge each other and hopefully perform well enough to make it to the Olympics.

"We are looking forward to playing an exciting brand of sevens in front of some big crowds in Dubai and Cape Town before the end of the year. We have some tough opposition in Dubai with New Zealand, France and Brazil in our Pool but our aim is very much to be consistently competitive and challenge for top four places which would mean automatic Olympic qualification.”