Five Eyasses named for U20 opener

Four of those featured during the Six Nations Grand Slam earlier this year, but for 19-year old Tom Williams, who missed the success due to injury, it will be a memorable occasion as he wins his first cap.

Williams is the only new face, with just two positional changes to the side that clinched the Grand Slam by beating Italy 35-6 at Colwyn Bay in March.

He starts on the right wing with Thomas moving to outside centre in place of fellow Osprey, Owen Watkin, and Harri Millard switching to inside centre. 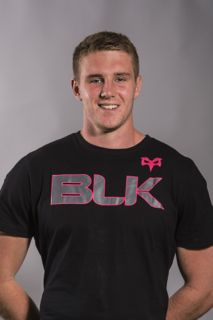 On the bench, Liam Belcher, Seb Davies and Josh Macleod also return to full fitness to take up places in the matchday 23, Macleod set to earn his first Wales U20 cap if he comes off the bench.

Strange said, “We are pleased to be able to have such consistency in our selection from our Six Nations campaign. We’ve had a great period of training and preparation and the players are now really looking forward to their first match tomorrow.

“We know it will take a real team effort to do well against Ireland. After beating them in Dublin, they produced some impressive performances to beat England away and Scotland at home. We are focussing on our strengths and on our own performance. We know that if we play to the best of our ability and we stick to our principles of playing attractive rugby, we will be a competitive force.

“We have been working hard to keep making small improvements and our togetherness as a squad has continued to grow. We want to express that and keep the excitement going on the pitch starting with tomorrow’s match.

Our aim is to stay focussed on our performance and on being the best we can be.

“There is a great buzz around Manchester, the facilities at the grounds are fantastic, and it would be great to have as much vocal support as possible for the boys.”