Over 500 pupils from primary schools across the region came together for a special rugby festival at Llandarcy.

Schools from the length and breadth of Ospreylia were represented, with more than 50 teams taking part in tag and contact games, indoors and outside, hosted by the WRU/Ospreys Community team in conjunction with students from Neath Port Talbot College and Trinity St David’s University.

There were tag games for Years 3 and 4, contact for for Years 5 and 6, with mixed teams competing, while there were also girls only games for those taking part in rugby for the first time.

Pupils were joined by Ozzie the Osprey, who watched a number of games and took time to pose for photos with the teams.

WRU Regional Development Manager for the Ospreys region, Ben Rose, said the successful event was the just the latest example of his team working hard to grow participation numbers in the region.

“It’s wonderful to look around Llandarcy and see so many young children enjoying themselves with a rugby ball in hand. The more youngsters we can introduce to the game then the stronger rugby will be across the region in the future. It’s important to spark that lifelong passion for the game which will ensure we have the players, coaches and administrators of the future. It all starts here, as we have to catch them when they are young.”

A growth in junior playing numbers is one of the key targets for the Community Rugby team with the latest figures, revealed ahead of the current season, showing an almost 50 per cent overall increase in age-grade rugby in the region up to U16 level in the three years from 2010-2013. Each of the three unitary authorities in Ospreylia showed an increase during that time.

According to Rose, the growth can be attributed to good old fashioned hard work and effort at grassroots level from the WRU Rugby Development Department for the Ospreys Region, with the support of Ospreys players, coaches and management.

“There is a lot of negativity in conversations around the state of the game but the reality is that the collaborative efforts in our region are having a positive impact on participation. We have put in considerable time and effort in growing mini and junior rugby numbers and Ospreys and WRU staff are working together with a common aim, which is to increase the player base at grassroots level.

“The target now is to maintain this growth and ensure that even more youngsters get and stay involved in the community game, as it is among them that we will find the next generation of players, coaches, administrators and supporters." 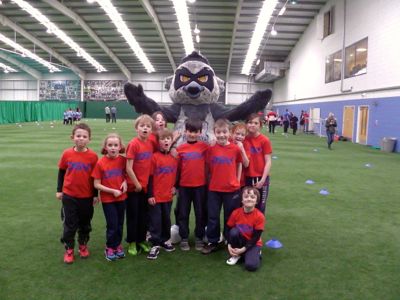 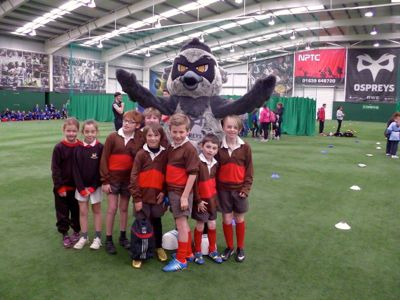