Festival guarantees more rugby for everyone

Mumbles Rugby Club hosted a bumper festival this weekend to showcase a brand new ‘Half A Game’ initiative that guarantees game-time for all their players.

Half A Game provides equal opportunities for all children playing rugby by ensuring everyone plays a minimum of half a game.

The initiative focuses on the enjoyment of rugby participation, rather than the results, with the aim of recruiting and retaining more children as part of the WRU’s overarching remit to engage more people, more often, with more enjoyment and more success.

In the Ospreys region, Mumbles was the first club to register their interest with all their teams from U7s to U16s adopting the Half A Game principle.

Local children were the first to try out Half A Game, which will feature at more than 700 teams with 14,000 children for the upcoming season.

The scheme will be rolled out following a successful pilot scheme of 25 teams during the 2015/16 season. Clubs can find out more here.

WRU Regional Rugby Manager for Ospreylia, Ben Rose, has led the proactive drive to continue to recruit and retain more youngsters in the game by emphasising fun and interactivity at clubs and schools.

“Rugby must be fun when it comes to getting and keeping children involved in the game,” he said.

“Half A Game is our commitment to creating an enjoyable playing environment for all children regardless of their gender, size, playing background or ability.

“Last season saw more minis and juniors playing rugby but the greater challenge for Welsh Rugby is retaining these children and their families in the game for the long-term.

“By providing equal playing opportunities and focusing on the enjoyment of taking part rather than winning matches, we’ve seen first-hand how players can be more engaged both on the pitch and from the sidelines.

“Young players are more likely to keep coming back and have a greater chance of reaching their playing potential. They also continue to benefit from rugby values such as teamwork and building confidence and new friendships.”

WRU’s Head of Rugby Participation, and volunteer minis coach at Mumbles, Ryan Jones supports Half A Game as a positive step towards a more inclusive and accessible grassroots game, adding:

“Half A Game is our recommended framework for a positive and engaging rugby environment, which is so important for the grassroots game to thrive in Wales. To see so many teams signed up at the start of the season is testament to the enthusiasm and passion of the kids, coaches and parents involved. I’m certain all the players at Mumbles’ festival this weekend will have a great day as Half a Game guarantees no one will miss out!” 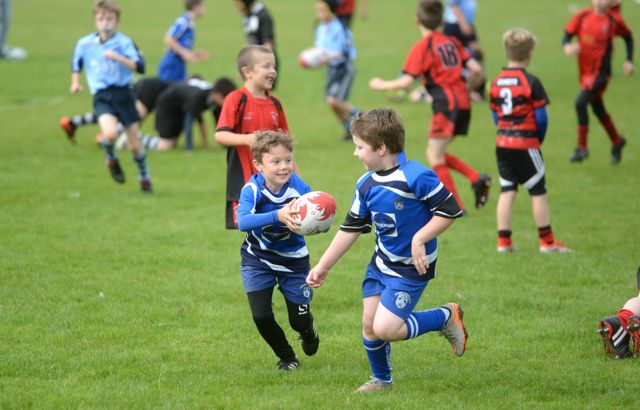 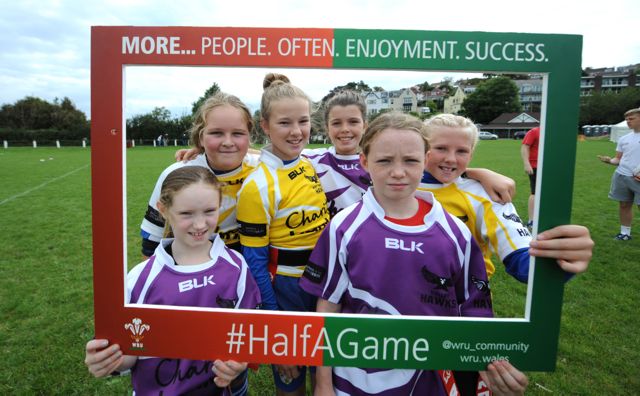