Everybody needs a superhero

Ospreys Rugby have unleashed a super hero jersey, which will help good causes the length and breadth of the region – and beyond.

The brand new ‘Batjersey’ will be worn in two upcoming Welsh derbies following the announcement of an exciting new tie-up between the Ospreys and kit supplier BLK with DC Comics, the first time that a Welsh region has worn a superhero jersey

It will debut when the Ospreys take to the field for the first Welsh derby of the season, against Cardiff Blues at the Liberty Stadium on Saturday 28th November, and will be worn in derby action for a second time over the Christmas period.

After its second outing, 23 playing shirts will then be handed over to charitable organisations and community groups to be used for fundraising purposes, with thousands of pounds expected to be raised for good causes. 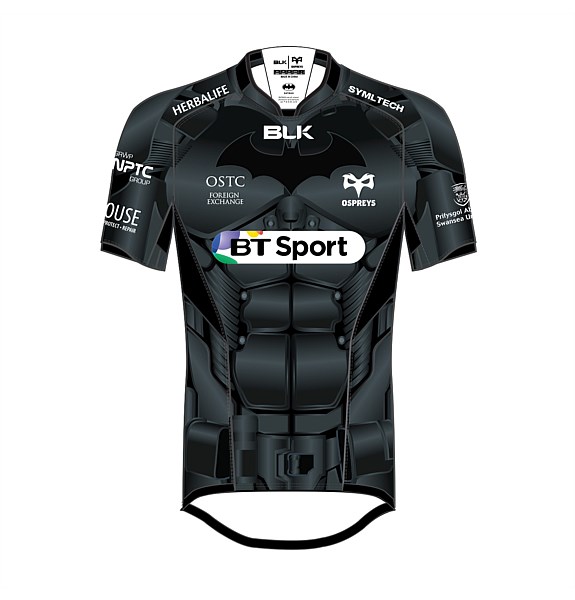 The eye catching Batman themed jersey incorporates the famous Bat logo across the chest and a striking Batsuit body armour detail to give the men in black the full Dark Knight look when they go into battle against their Welsh foes.

“We have a long and proud track record of using the phenomenal interest and demand in the Ospreys jersey in creative ways and this year, thanks to BLK’s licensing agreement with DC Comics, we have been able to take it a step further than ever before with this incredible Batjersey.

“It will be worn for two big derby matches, when the focus of Welsh rugby is firmly on the Ospreys, and then the match shirts will go towards helping good causes raise much needed funds.

“With the demand for Batman collectables and the unique nature of the Batjersey, I have no doubt that the proceeds will go a long way towards making a big difference in the community in so many different ways. Everybody needs a super hero and in this instance, the Ospreys are the super heroes.” 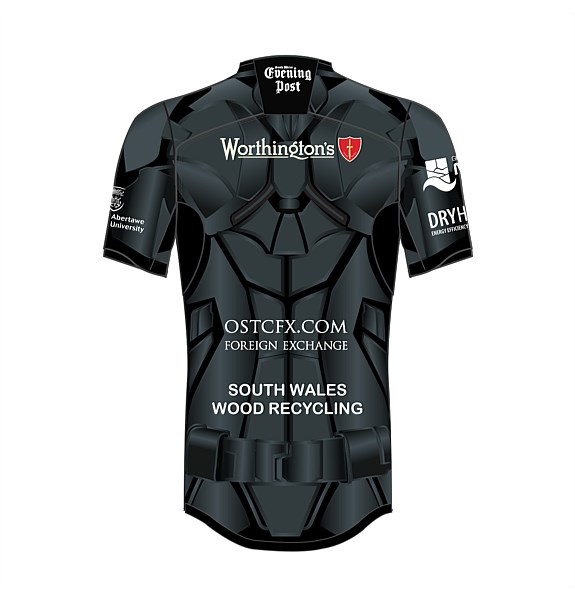 A limited number of Batjerseys will be available to purchase from the Ospreys Club Shop, with stock available in store on ‘Bat Friday’, the 27th November.

Supporters can pre-order now online at shop.ospreysrugby.com and if you choose to click and collect to secure your Batjersey you can then collect in store on the day of the Blues game.