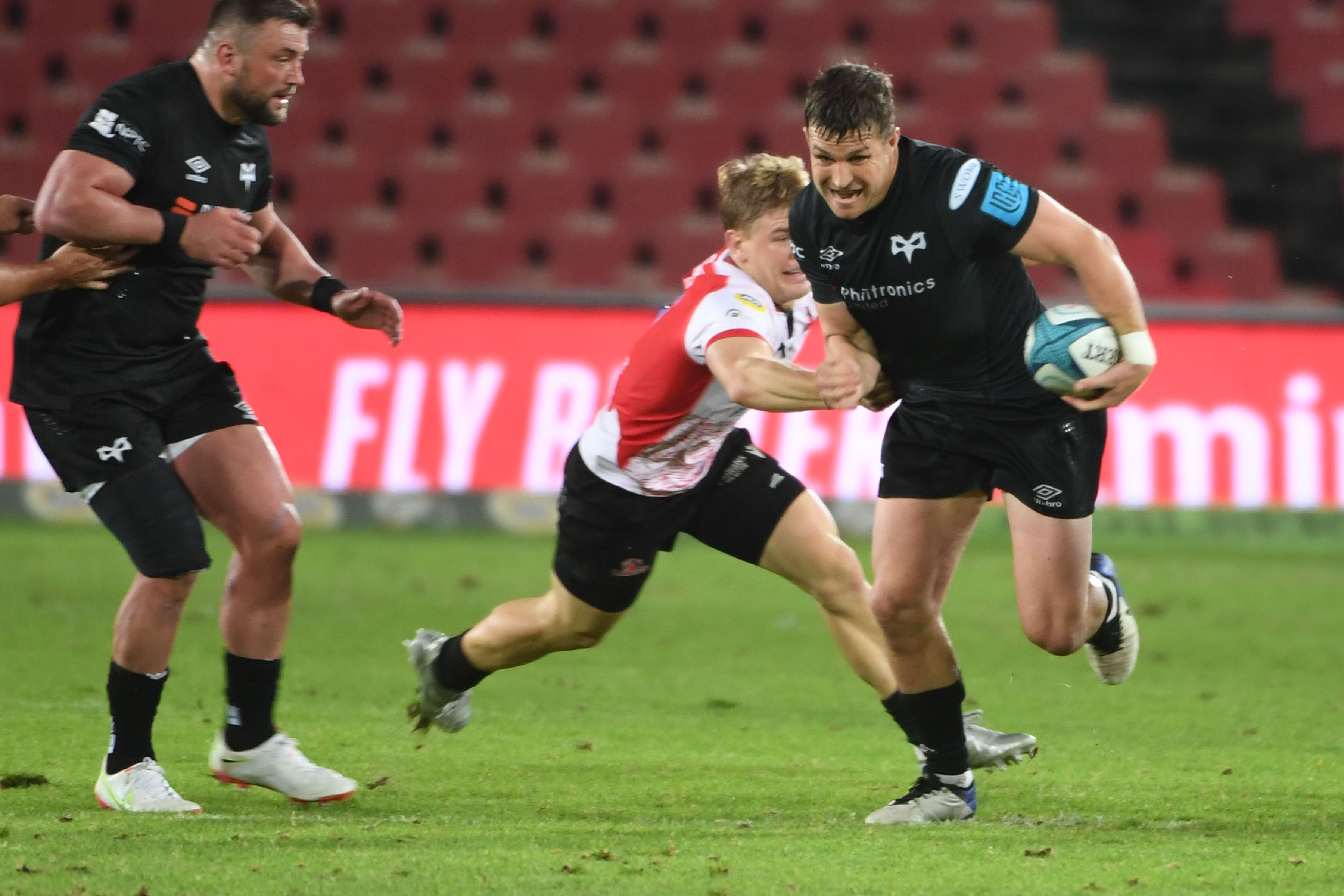 The Ospreys first game of their two-week tour of South Africa ended in defeat to the Emirates Lions in the United Rugby Championship at Emirates Airline Park in Johannesburg.

The defeat at altitude means that the Ospreys missed out on becoming the first side from the northern hemisphere to win in South Africa in the inaugural campaign of the URC.

Captain Rhys Webb and centre Michael Collins crossed for tries with fly half Josh Thomas slotting over a penalty and a conversion for a young Ospreys side out in South Africa.

Morgan Morris, who his 50th cap for the Ospreys, impressed at openside flanker making key turnovers at the tackle and some trademark charges with ball in hand.

The visitors came into the game having won two of their last three games in the URC but were without nine internationals that had been involved with Wales’ Six Nations campaign.

The Lions had some real form and had claimed two successive home wins in the URC with victories over Cardiff Rugby and Irish province, Munster, before the visit of the Ospreys.

The visitors were forced to make a late reshuffle to the starting line-up with Thomas coming into the side as a late replacement at fly-half for Stephen Myler before kick-off.

The home side missed an early penalty before wing Rabz Maxwane scored the game’s first try, converted by fly half Jordan Hendrikse to make it 7-0 after 11 minutes.

Fly-half Thomas then landed the visitors first points with a penalty to make it 7-3 and then pulled off a try-saving tackle to halt a Lions counter-attack in it’s tracks on the half hour.

The home side then stretched their lead when scrum-half Morne Van Den Berg crossed for a try and Hendrikse added the conversion to make it 14-3 at the break.

Flanker Francke Horn added a try early in the second half with Hendrikse adding the two points to give the home side an 18-point lead before skipper Webb crossed for a try to get his side back in the contest.

Thomas added the conversion to make it 21-10 before Lions scrum half Van Den Berg crossed for his second try. Hendrikse converted to restore the home side’s lead.

The Ospreys hit back with an interception try by centre Collins after an impressive defensive set by the visitors and the New Zealander raced in to close the gap.

Replacements Manuel Rass, Andre Warner and wing Edwill Van Der Merwe all crossed for tries for the home side to seal he win.