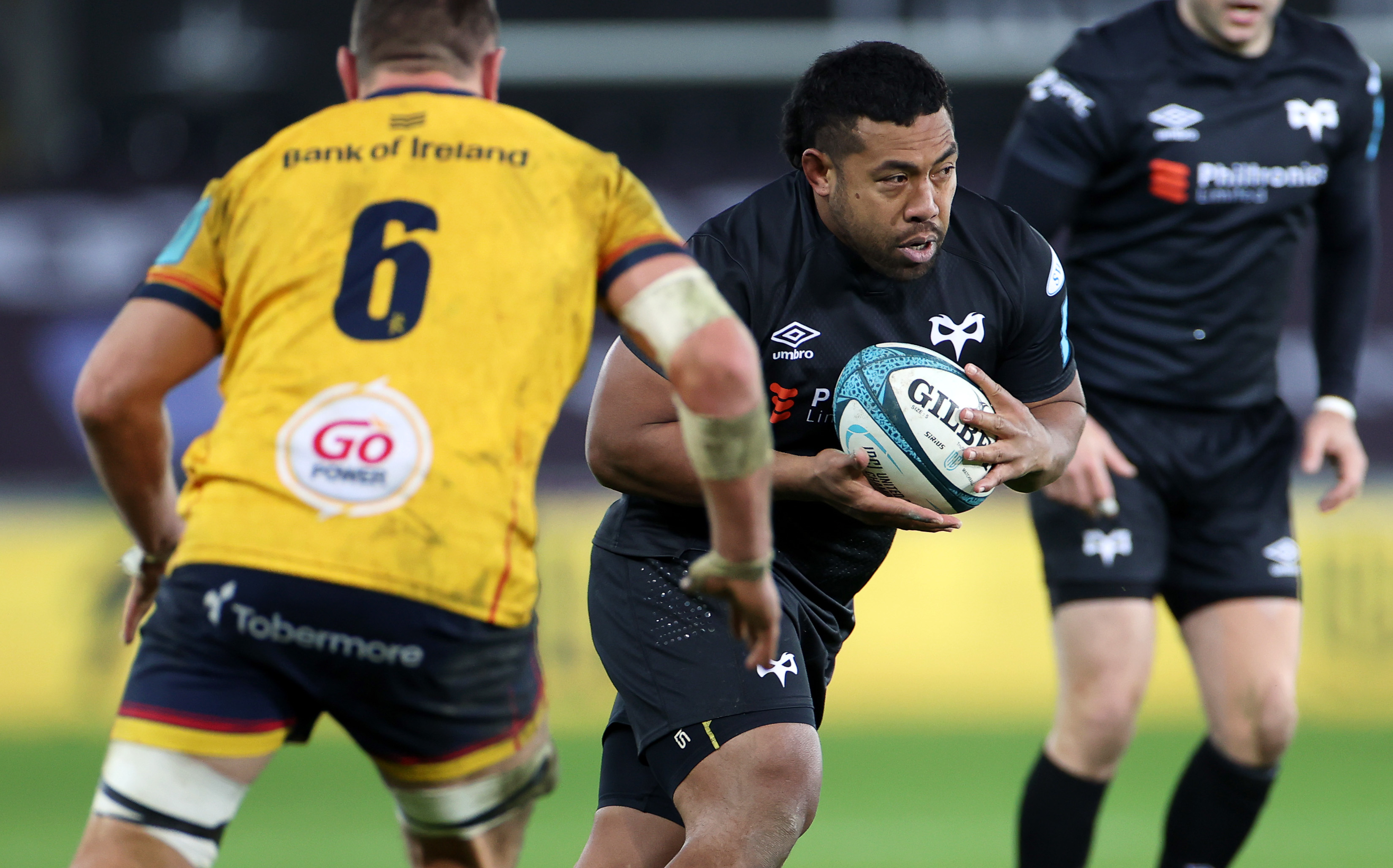 Elvis signs on for another year at the Ospreys

The Ospreys are delighted to announce hooker Elvis Taione has extended his contract at the regional rugby franchise for another season.

The Tongan international has signed a new one-year deal to stay at the Swansea.com Stadium.

The European Champions Cup and English Premiership winner joined the Ospreys last summer and has made a real impact, on and off the field, during his first season.

The 29-times capped Taione has forged reputation as a powerful scrummager and ball-carrier during his 14 games for the Ospreys so far this season.

He was part of his country’s 2015 World Cup squad and played Super Rugby for the Western Force and the Waratahs in Australia before a spell with the Jersey Reds in the English Championship and Exeter Chiefs in the Premiership.

“The body feels good and the fire still burns and I have really enjoyed the boys and the environment at the Ospreys.

“I am still a competitive person and there is a real competition for places here and that drives me and the standards here.

“All the things I heard about the Ospreys and Swansea are true and the desire among all the players here is to improve and to be the best we can be.

“There are some really talented youngsters in the squad and giving them advice or guidance to help them develop has been one part of my role I that have enjoyed.”

Elvis Taione
“All the things I heard about the Ospreys and Swansea are true and the desire among all the players here is to improve and to be the best we can be."

“Elvis’ experience and mentality around our forward play has been exactly what we wanted and the reason we signed him. He brings a tough mentality and a quiet authority with a willingness to share his experience with the squad.”