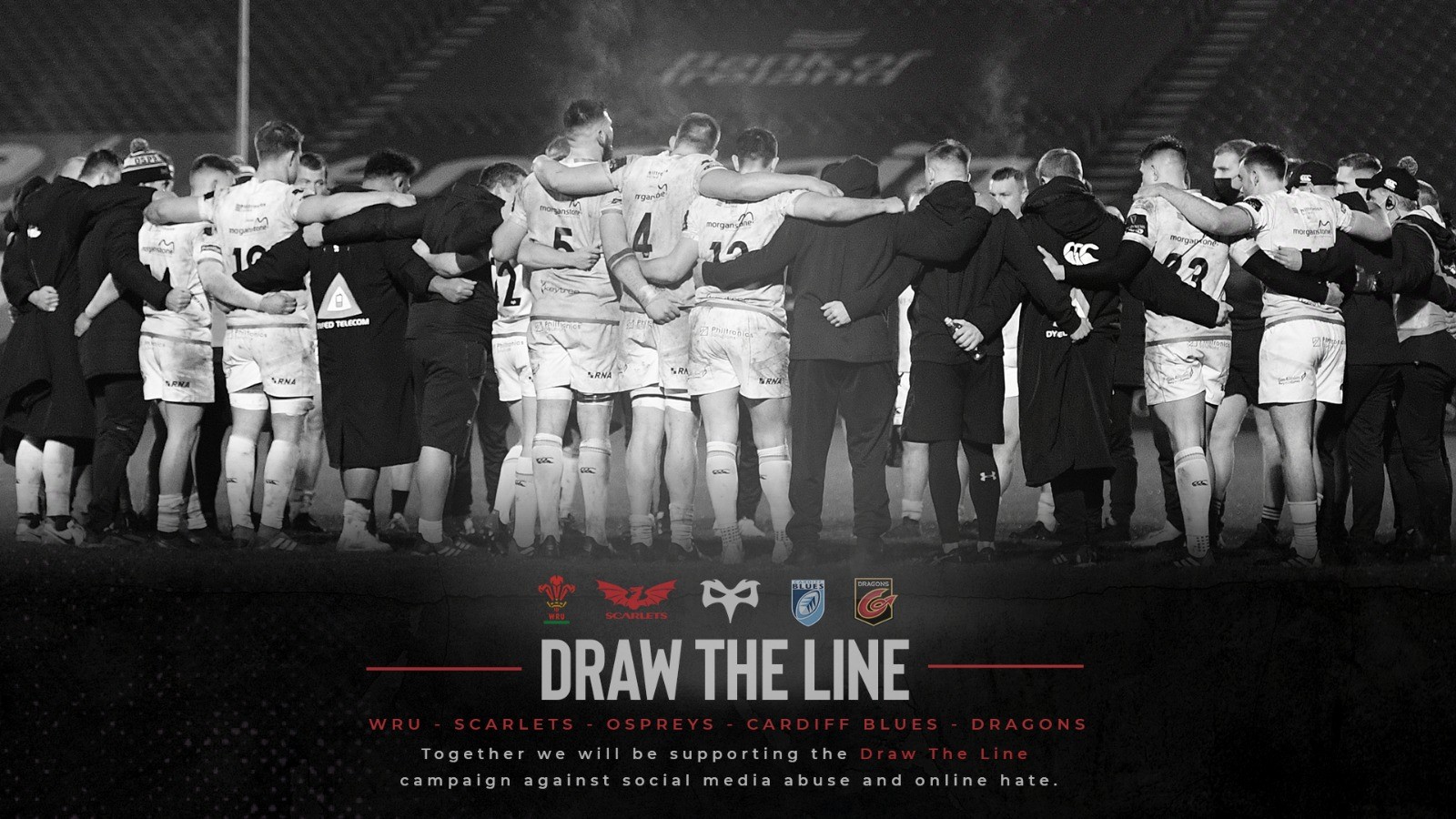 The Ospreys are proud to join the many sporting clubs and organisations across the country by taking part in a social media boycott campaign this weekend.

As a show of solidarity, the Ospreys, the Scarlets, Cardiff Blues and the Dragons will not publish any content on their official social media channels from 15:00 on Friday, April 30 to 23:59 on Monday, May 3.

“Communication with our supporters is the lifeblood of the Ospreys and something we value highly.  However, we also realise the need to Draw the Line on social media discrimination.

“We hope we can play a part in this important cause, standing alongside other major organisations and leagues to stop discrimination against players, coaches and staff."

Everyone with an account can help make the online space safe for all. It’s time to draw the line.