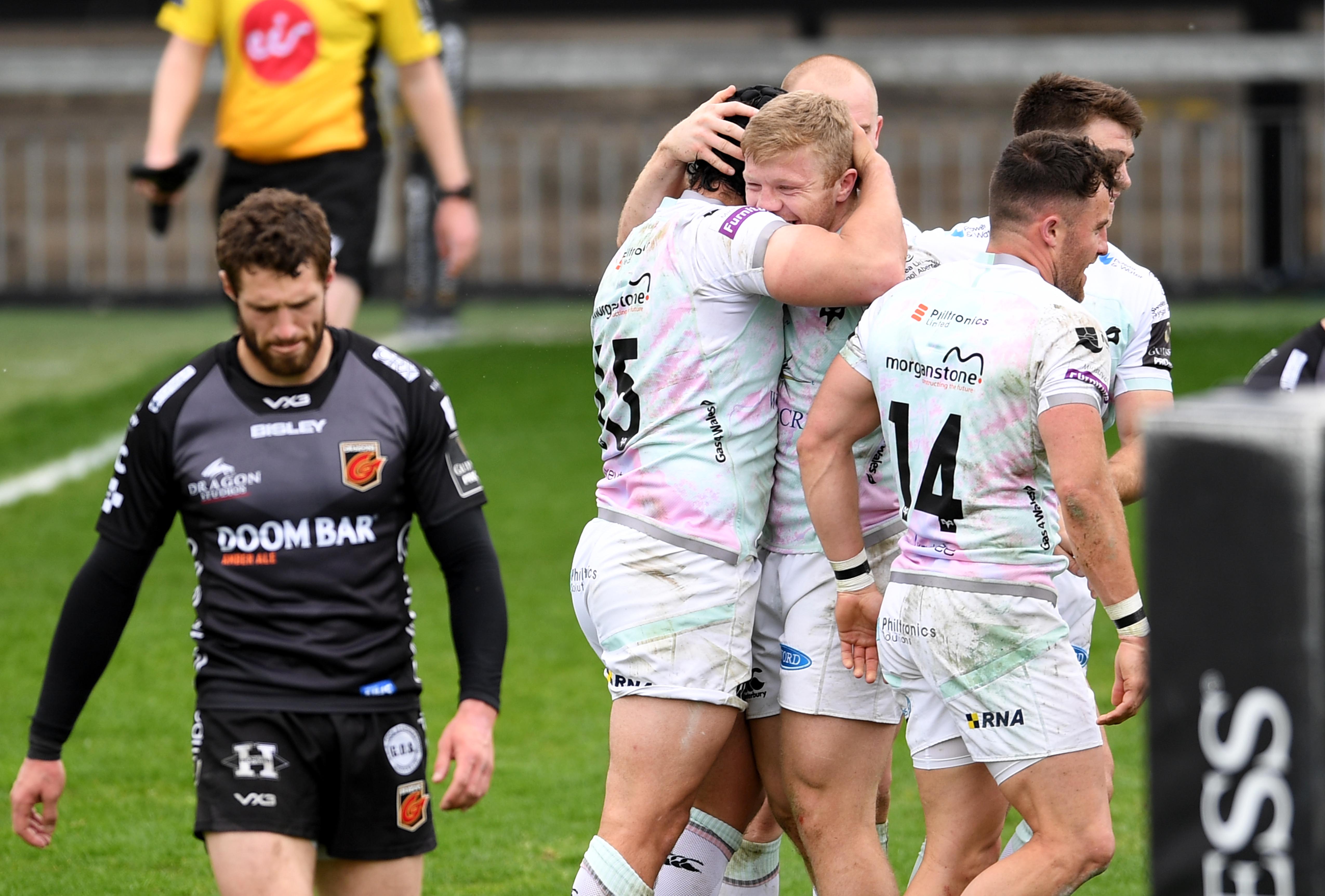 In the last of the derbies and the final game of round 3 of the Rainbow Cup, the Ospreys travelled to Rodney Parade to face down the Dragons.

The game opened with advantage to the Dragons as winger Jonah Holmes brushed off a tackle to open the scoring with a try, which outside half Sam Davies converted. Ospreys outside half Luke Price closed the gap with a penalty goal before fellow Osprey and winger Dewi Cross took a sublime offload from scrumhalf Reuben Morgan-Williams to dart in under the posts.

Ospreys number eight, Morgan Morris, got the next score, powering over from short range to extend the lead, and after two consecutive conversions, outside half Price knocked over another penalty too. Just before the interval, Dragons centre Aneurin Owen rode a tackle and freed the ball for winger Holmes to claim a second try. Outside half Davies’ conversion gave meant the hosts were just six points adrift at half-time, 14-20.

Toby Booth, Ospreys Head Coach
"You know you’re going to be in an arm wrestle, but we stayed in it through adversity and the leaders stepped up and imposed a sense of control and calm.”

From the restart in the second half, the Ospreys won a penalty and outside half Price gave the Ospreys a three-point boost but it was the Dragons who threw the first body blow of the half, as Dragons number eight Dan Baker drove through a mass of bodies to score a try.

But there was no time for the hosts to enjoy the moment as almost immediately, scrumhalf Morgan-Williams gathered a loose ball and scored an exquisite individual try in the corner, besting three defenders in the process.

On the hour mark, the ball found itself into the hands of the hard running Ospreys fullback Dan Evans, who exploded through the line and showed a clean pair of heels to reach the try line. The successful conversion from outside half Price extended the Ospreys’ lead to 14.

The Dragons refused to lay down, however, and on the 73rd minute, the two wingers Holmes and Rio Dyer combined and the latter sped to the line to keep his side in the game. However, it was the Ospreys who had the final say as young winger, Max Nagy, who was making his Ospreys debut, fended off a tackler and accelerated to the line for a final try for his side. Outside half Price ended the game with a successful long range conversion, ending the game 26-42 in favour of the visitors.

“We improved in the areas we needed to from last week, so it’s definitely a step forward. I’m pleased for the boys; it’s been a tough week. We played positively and to get a bonus point here is tough.

“Like all teams, we need good fundamentals to get ourselves in the game. We did that and it provided a lot of pressure for us. Those foundations stood fast today, which they didn’t do last week, and it put us on the front foot.

“Dragons are a tough side. You know you’re going to be in an arm wrestle, but we stayed in it through adversity and the leaders stepped up and imposed a sense of control and calm.”