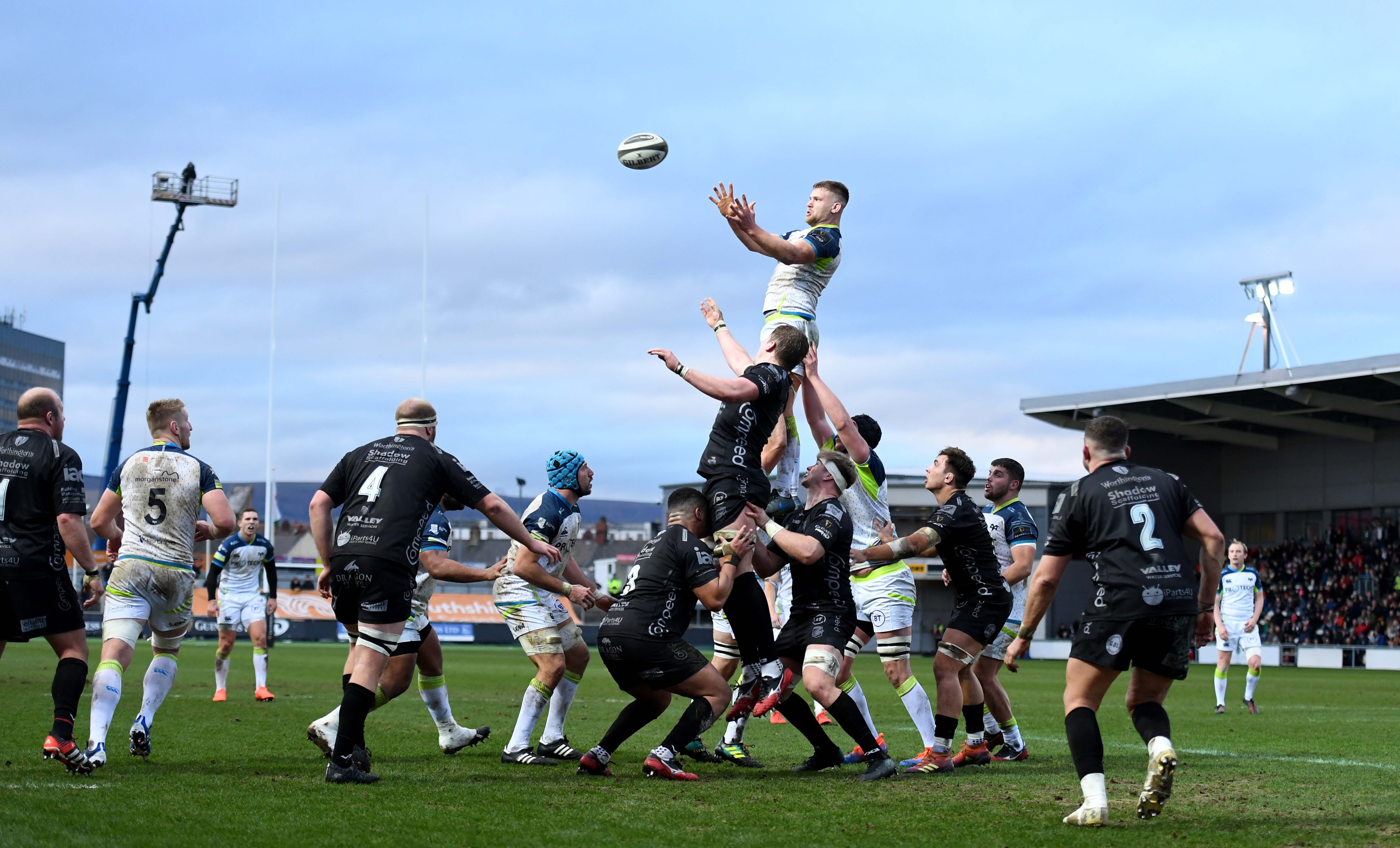 The game was played at a furious pace and the collisions were relentlessly brutal. Only a missed conversion separated the two at half time; while Ospreys winger George North opened the scoring, gathering a kick pass to cross on the right wing. Outside halves Luke Price and Sam Davies exchanged penalties at either end of the pitch, before Dragons prop Leon Brown exploited a gap and levelled the scores for the hosts. Outside half Davies' conversion hauled the Dragons into the lead by two points and a late missed opportunity by the Ospreys meant the score remained 10-8 at the interval.

The two outside halves exchanged another penalty each in the opening minutes of the second half, maintaining the two-point deficit momentarily.

After a dogged fight to get to the line, including a scintillating solo run from hooker Scott Otten, Tiaan Thomas-Wheeler received a beautifully delayed pass from Luke Price, skipped past a defender, and dotted down beneath the posts. Luke Price added the extras from the tee and the Ospreys retook the lead.

For most of the remainder of the half, it was a battle between the 22s, until 5 minutes from the final whistle. The ball was spun from one side of the pitch to the other, until a final kick-pass from Sam Davies allowed Rio Dyer to score in the left-hand corner. The conversion was a difficult one however, and was pushed wide by outside half Sam Davies, leaving the score 18-all with just minutes remaining.

However, it would be heartbreak once more for the Ospreys, as with a little over a minute remaining, a hack through by the Dragons gifted Dragons' Adam Warren the match-winning try under the posts. Sam Davies converted the score, giving the Dragons a 25-18 victory at Rodney Parade.

The Ospreys will now turn their attention to the upcoming Heineken Cup fixture against Saracens in the first game of 2020 at the Liberty Stadium.