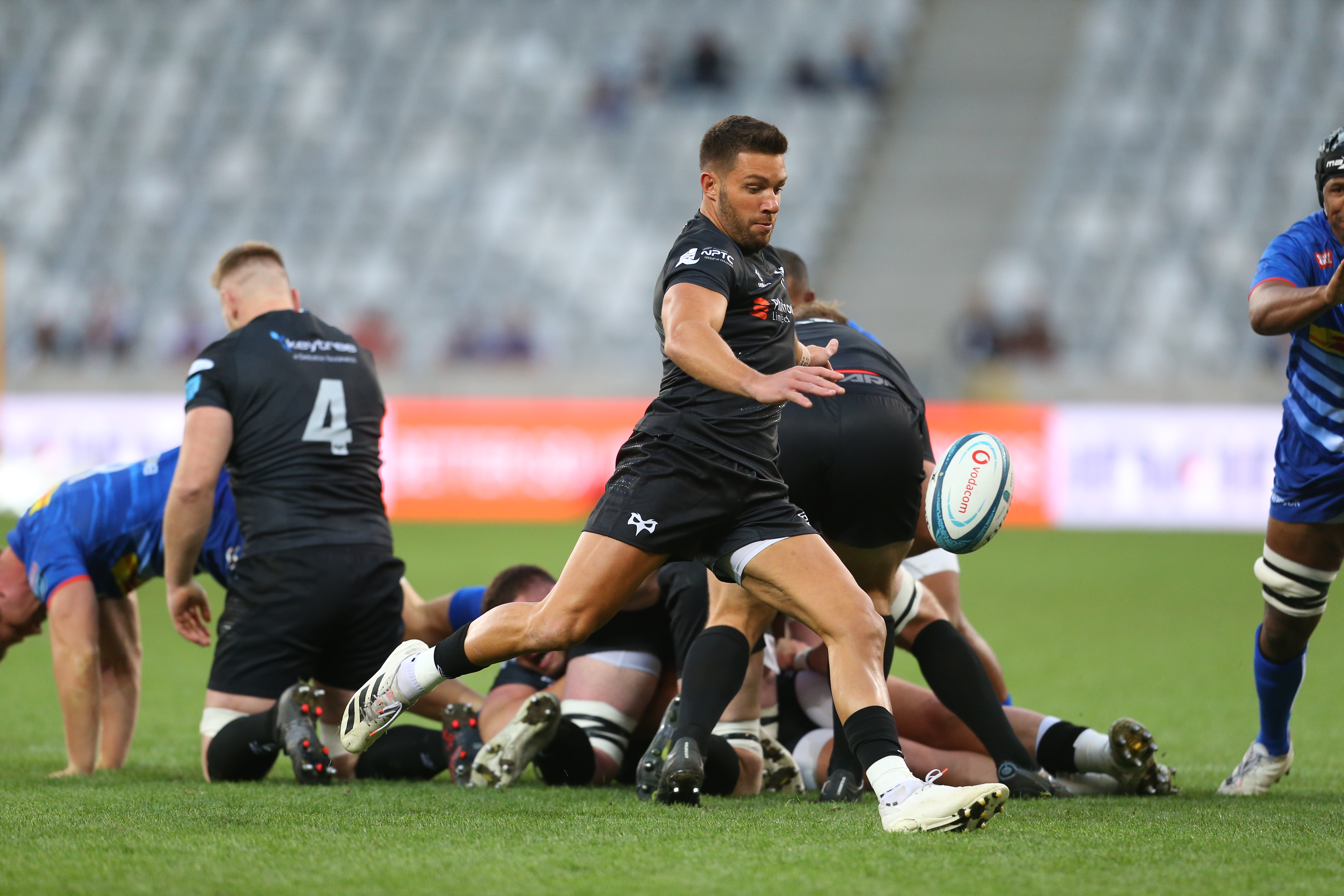 The Ospreys produced a creditable performance but it wasn’t enough to beat the leading South African side, the DHL Stormers, in the United Rugby Championship at the DHL Stadium, Cape Town.

Fly-half Gareth Anscombe broke the 500 point mark in the URC during the game and the Ospreys asked some serious questions of the Stormers during the second half.

Replacement full back Max Nagy scored the Ospreys try with the last move of the game but the Welsh regions are still looking for a first win against the South African side’s in the URC.

Fellow Welsh international prop, Nicky Smith, marked a personal milestone when he made his 150th appearance for the Ospreys coming off the bench.

Despite the disappointment of the previous week, John Dobson, the Stormers coach, has called the Ospreys the top Welsh franchise in the build up to an eagerly awaited clash on South African soil.

The Stormers came into the game as the form South African side in the URC and lead the South African Shield, having lost only one of their previous eight games in the tournament.

The Ospreys opened the scoring with an Anscombe penalty after a high tackle on centre Michael Collins before the home side replied with a try by scrum half Paul De Wet, converted by Manie Libbock.

Stormers stretched their lead with a second try by lock Adre Smith, converted by Libbock again, to make it 14-3 after an explosive first ten minutes.

Anscombe added a second penalty to cut the lead but wing Leolin Zas crossed for the home side’s third try and Libbock added a penalty to make the score 22-6 at half-time.

After the break, despite a solid start to the half by the visitors, wing Zas crossed for his second try for the Stormers. Libbock’s conversion made it 29-6 to the home side midway through the second half.

The home side went down to 14-men when try scorer Zas was yellow carded for professional foul after a period of pressure by the Ospreys.

Fly half Libbock was the next to get yellow after a deliberate knock-on to leave the Stormers with 13-men. The Ospreys were camped in the home side’s 22 for the last quarter and the pressure finally told when Nagy crossed for his side’s try.