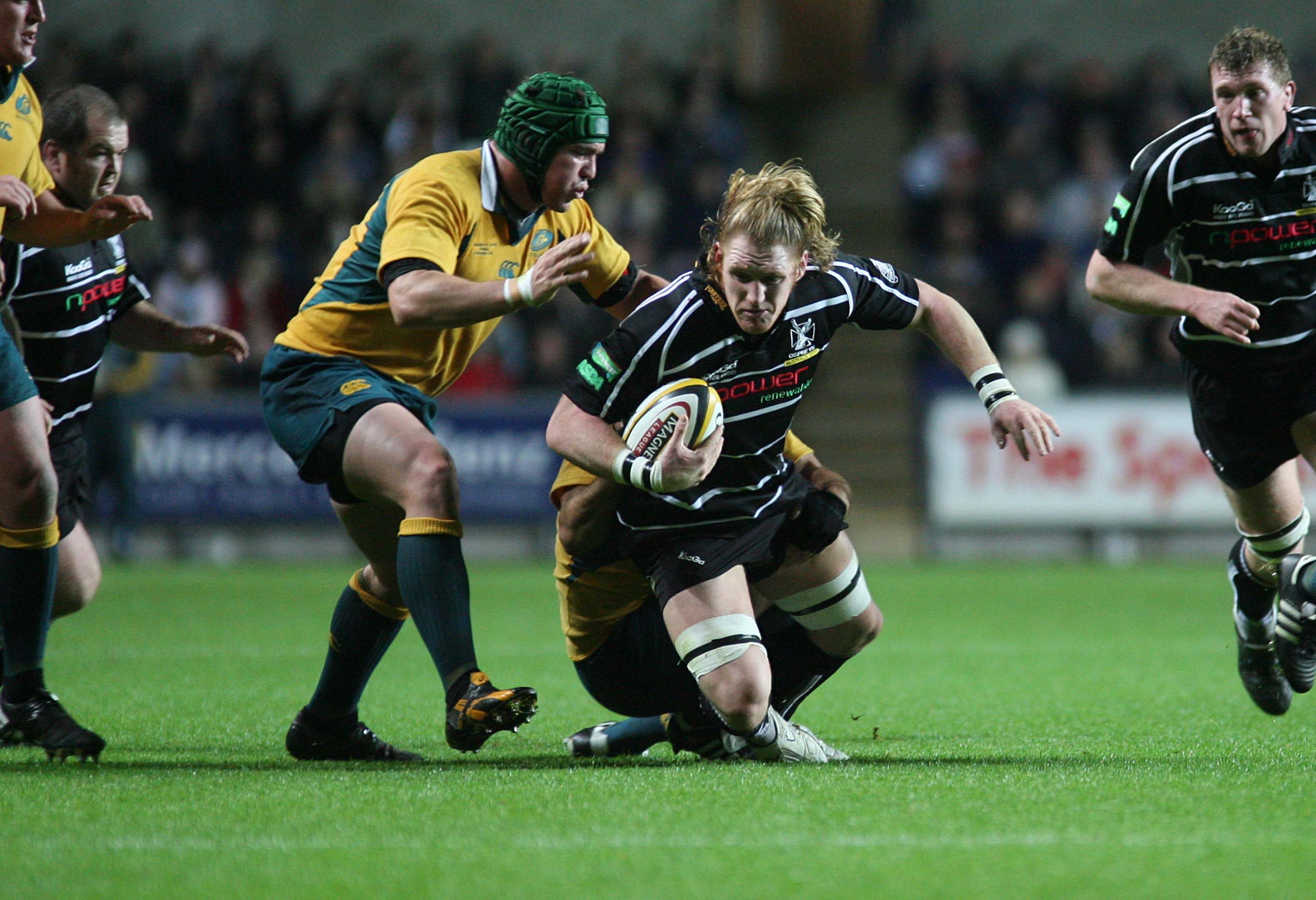 On this day in 2006: Ospreys v Australia

On the eve of our 500th game, we wind the clocks back to 2006 to one of the Ospreys' defining moments in rugby.

It's a rare occasion that a Welsh club gets to lay down the gauntlet against a touring international side. Last year, Cardiff Blues put Uruguay to the sword 45-21 and Russia were dispatched by the Dragons 38-24. But against formidable tier one sides, victories are elusive and are thereafter etched into history. It becomes a part of the club's legacy. South Africa beat Swansea in 1969 before Llanelli famously defeated the All Blacks 9-3 three years later; the 9-3 legend lives on.

Fast forward 34 years to 2006, and Australia were lining up against a Welsh region for the first time ever. The Liberty Stadium was barely a year old and was filled to the rafters with over 20,000 supporters. The Ospreys were without their international contingent, however, and the Wallabies were led by experienced flanker and rugby legend, George Smith.

Adam Ashley-Cooper opened the try scoring after just 14 minutes and things looked ominous for the hosts. However, a valiant fight back with a try from Barry Williams, followed by an exchange of penalties from kickers Connor and Shepherd, saw the sides level at 16-16 with just ten minutes remaining.

As the minutes rolled on, a successful drop-goal gave the Ospreys a narrow lead; but Australia's fate was sealed late in the game. They had won their own lineout just inside Ospreys' 10m, but a loose miss-pass found its way into the waiting hands of flyer Mustoe. The wing set off like a rocket and had no trouble winning the footrace to the line, ensuring a famous victory for the Ospreys over Australia.

Now, 397 games on from that historic result, the Ospreys prepare to run out against Irish team Connacht, once again without their international contingent. Will they claim a similar result?