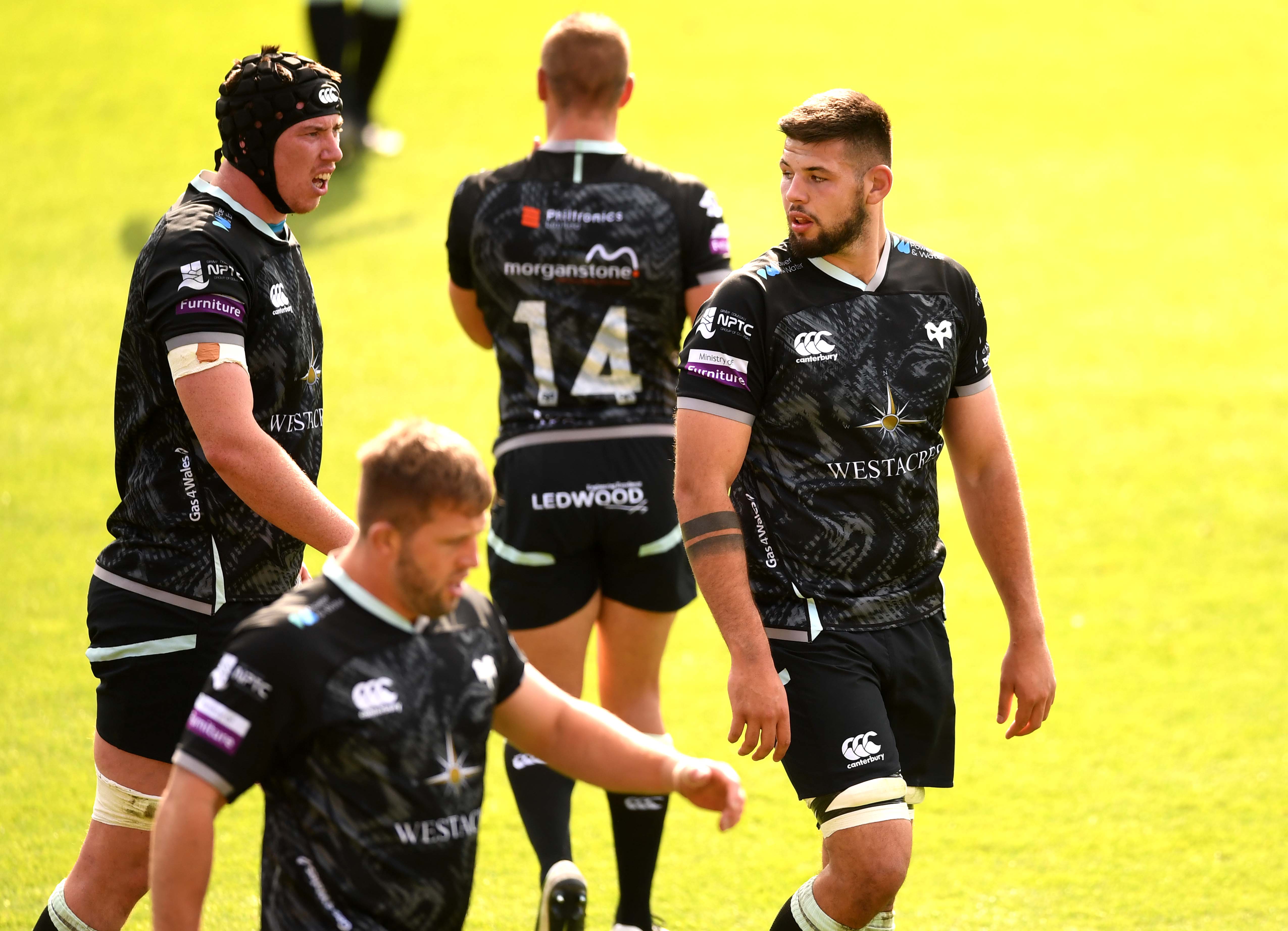 Lock Rhys Davies finally made his competitive debut for the Ospreys after returning to his home Swansea after a stint plying his trade across the border in England.

The second row will take another step on his journey when he lines up on the Ospreys bench to face Munster in the Guinness PRO14 clash on Sunday.

For Davies, 22, the journey to finally pull on the famous Ospreys jersey has taken in the renowned Millfield School and making his professional debut with Bath.

The Wales U20s international, who stands at 6ft 6ins and weighs in at 114kg, returned home to Swansea and Wales in the summer after signing a two-year deal with the Ospreys.

“It meant a lot to finally pull on the jersey in a competitive game,” said Davies, after coming off the bench against Leinster.

“I have trained really hard so I would get an opportunity.

“It was a bit surreal too, because it would have been nice to have had the family there, but that can’t happen at the moment. It was a really good moment for me personally.

Rhys Davies
“It meant a lot to finally pull on the jersey in a competitive game."

“Obviously, disappointed not to get the win against Leinster, but it was great how all the boys congratulated me after the game for making my debut.  It was a special day, all in all.

“The boys here have been really good to me, and been very welcoming from the start. I have worked hard and have to keep working hard to get more appearances for the Ospreys.”

The Swansea-born second row was a product of the Ospreys Academy system but left Wales at the age of 16 after winning a scholarship to attend Millfield in Somerset.

Davies admitted on signing for his home region that the appeal was two-fold for him. There was the chance to play for the team he supported as a boy and an opportunity to learn from the best.

Davies is under no illusions of the challenge of establishing himself at the Liberty Stadium but is relishing the prospect of working with and learning from some of the best in the business.

“It’s a challenge here, and just training with them is making me better and will make me better,” said Davies.

“I am training with the best here. When training is hard, it means playing will be easier.  They all set the standards, and I have to follow them and reach them and do better and compete against them. It is tough, but it’s why I signed and it will only help me become a better player.”