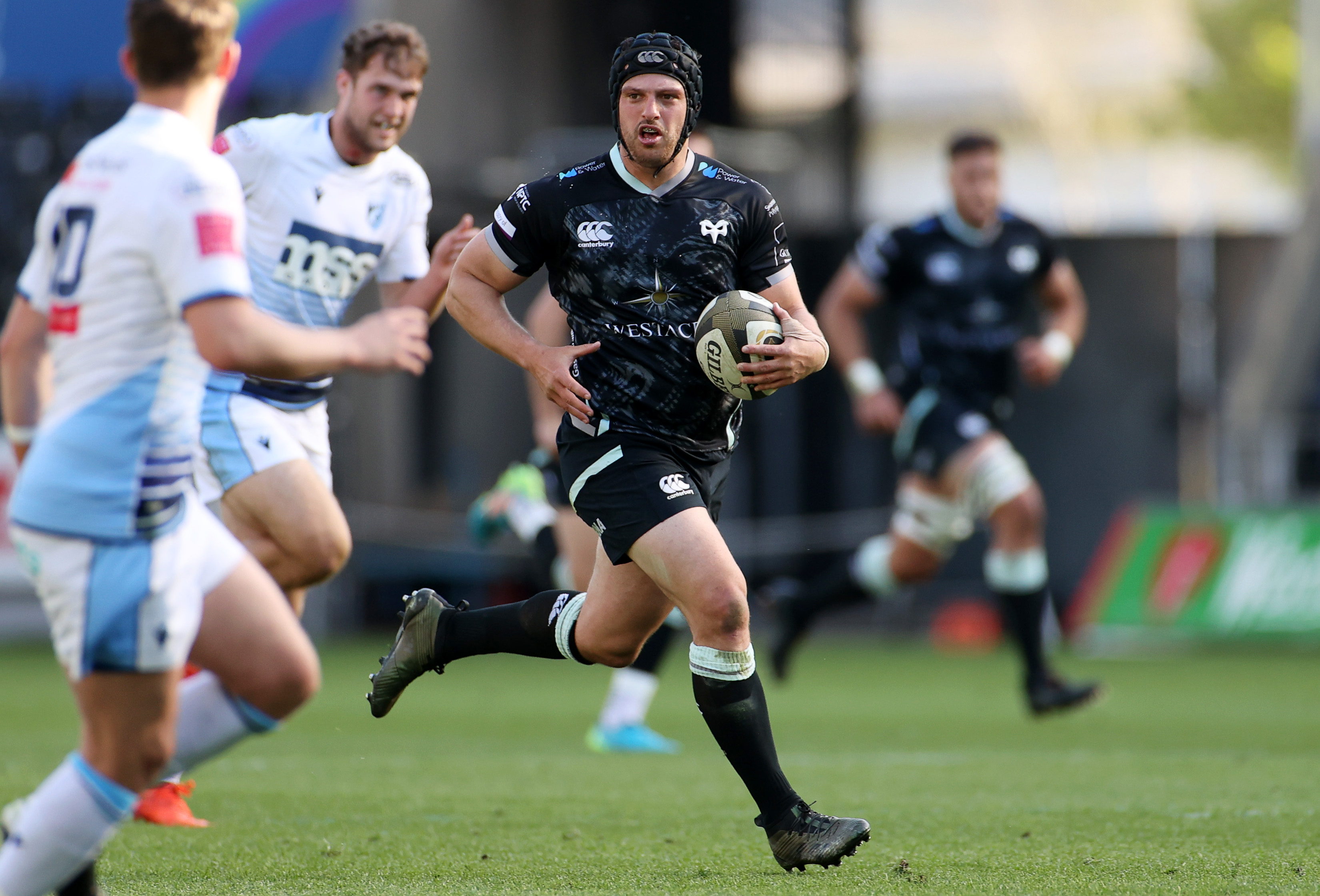 Ospreys Rugby are delighted to announce that fullback Dan Evans has signed a contract to extend his stay at the Liberty Stadium for the next two years.

Evans has been a constant in the Ospreys line-up since arriving at the Ospreys in the summer of 2014, racking up a host of impressive records along the way.

Making his debut in a 44-13 win over Benetton on the opening day of the 14/15 campaign, an astonishing run of games saw him race to the quickest century of appearances in the Ospreys history, four months quicker than Richard Fussell in second. Not only was Dan the quickest to 100, but he became the fastest to make 150 appearances back in December of this season, two months ahead of the previous record set.

Dan currently sits in 2nd place on the all-time try scorer list, scoring his 51st try recently against the Dragons. Only fellow Amman-Valley boy Shane Williams sits in front of him on 57.

He became the first and only Osprey to ever score four tries in a Celtic League fixture. As well as his many Ospreys records, he set the Championship all-time record for consecutive appearances, racking up 87 games on the trot, 26 ahead of Ian Keatley’s previous competition record of 61.

Evans recently became the youngest and only the 6th player to make his 200th league appearance when he ran out as Captain during the Ospreys victory against Leinster at the RDS.

Speaking about his new deal, Dan Evans said: “I’m delighted to have signed a new contract here and the coaches have shown faith in me to give me an extension to my deal. I’m very pleased with what I’ve achieved so far in an Ospreys jersey and hopefully there will be more to come over the next two years.

“It’s an exciting place to be right now and we’re looking at finishing this season on a high and hopefully take the momentum we’ve built this season into the next.”

Dan Evans
"I’m very pleased with what I’ve achieved so far in an Ospreys jersey and hopefully there will be more to come over the next two years."

Head Coach Toby Booth said: “Dan’s passion for the game of rugby is there for all to see. He has the ability to break the game up for you. He brings a real attacking threat from full back, with an intelligent kicking game. I know he is enjoying how we want to play the game and his performances have shown that too.”