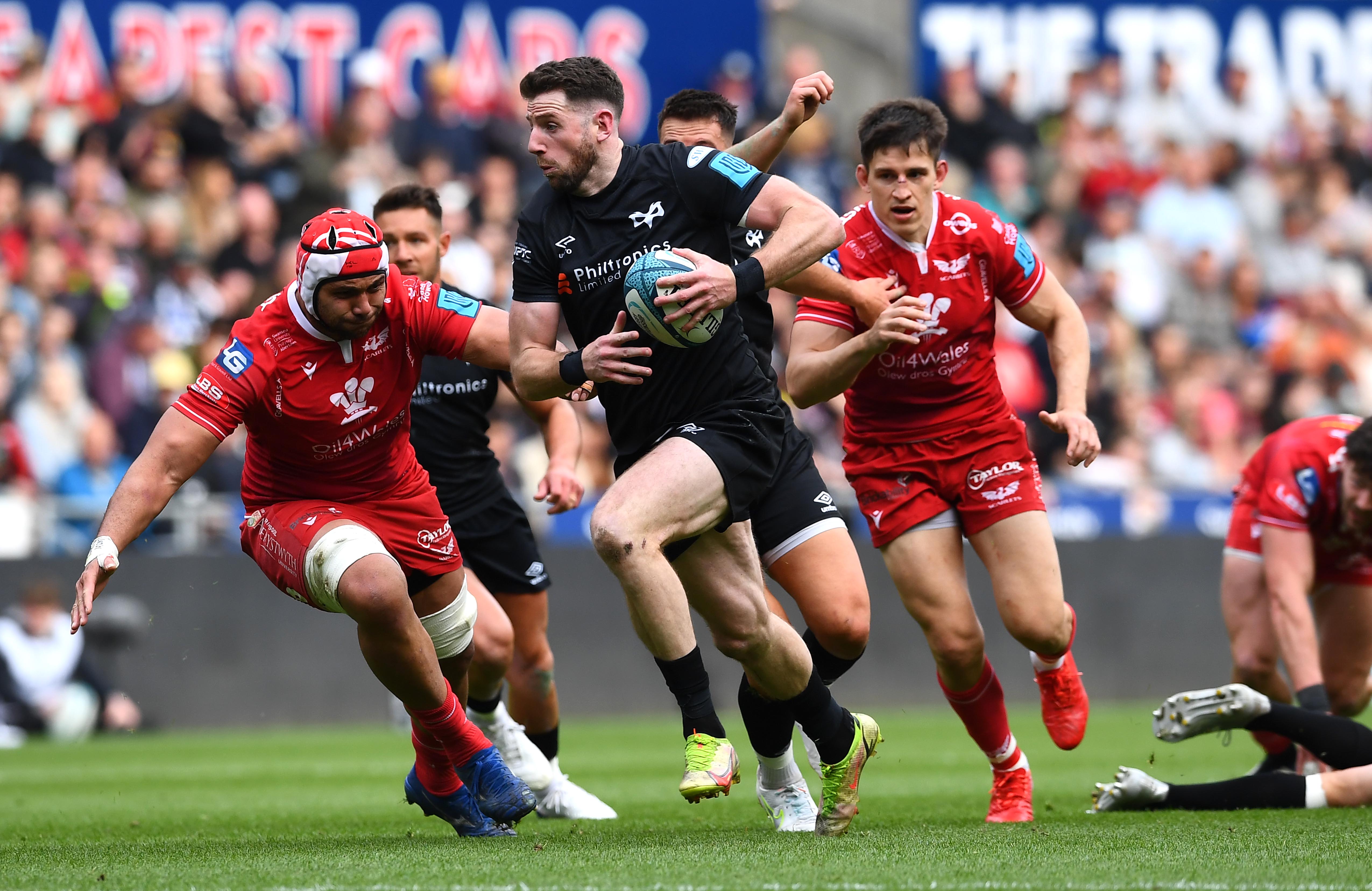 Ospreys can confirm wing Alex Cuthbert has signed a two-year deal to stay at the regional rugby franchise.

Cuthbert, 32, joined the Ospreys ahead of the 21/22 season and has gone onto feature 9 times for the side.

Since returning home to play for Wales, Cuthbert was called up to the Welsh side for the Autumn Nations for the first time since 2017. He marked his return to the National set-up by scoring a try against Fiji at the Principality Stadium.

A Grand Slam winner in 2012 and a Six Nations title winner a year later and during this year’s tournament, Cuthbert made his 50th appearance for Wales.

The winger toured with the British and Irish Lions in 2013, scoring a try in the Test victory over the Wallabies in Brisbane to help secure the 2-1 Test series victory against Australia.

The 6ft 6ins and 16st 10lbs wing has built a reputation for being a powerful runner and a proven try-scorer throughout his career and is part of the Welsh team travelling to South Africa on this year’s Summer tour.

Alex Cuthbert, Ospreys, Wales and British and Irish Lions wing, said: “I’m really happy to extend my time at the Ospreys and looking forward to pushing on as a squad next season.”

Alex Cuthbert
“I’m really happy to extend my time at the Ospreys and looking forward to pushing on as a squad next season.”

Toby Booth, Ospreys Head Coach, said: “Our aim when we brought Alex back to the Ospreys was to get him consistently on the pitch and influencing games, which we duly achieved. His performances warranted an international recall and helped us achieve Champions Cup qualification.

“The exciting thing is that he has more improvement to come and will be instrumental in us competing next season.”

Alex has signed up for the 22/23 season! Have you? Purchase your Season Membership at the earlybird price today.