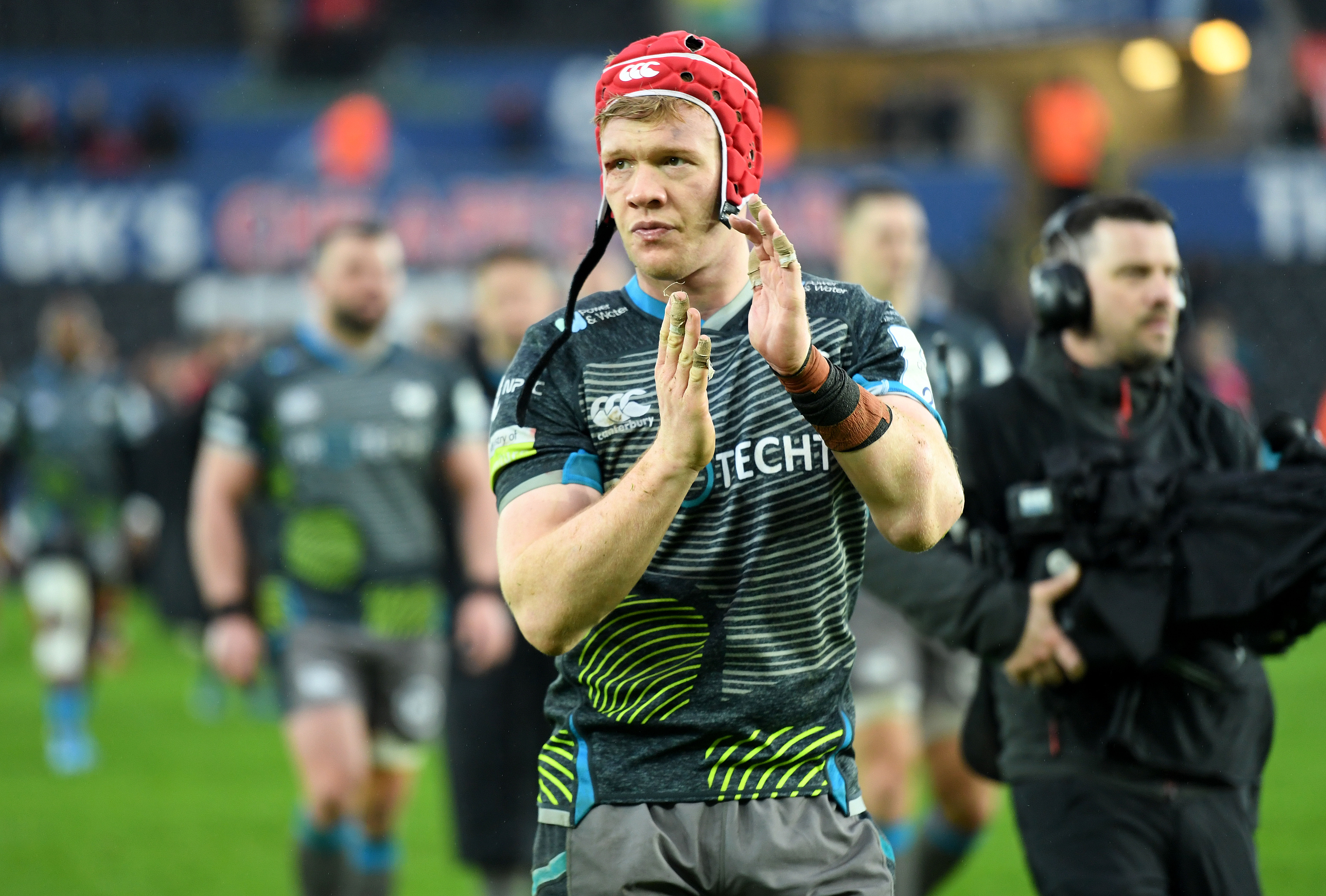 Cross signs to stay with Ospreys

Backrower Sam Cross has signed a two-year deal to extend his stay at the Ospreys.

He signed his first contract with the Ospreys in 2018 after establishing himself as a world-class Sevens rugby player.

Cross, 27, who is one of the fastest players in the Ospreys squad, has now established himself as a fifteens player at the Liberty Stadium.

Sam Cross
"I have come into a squad which has one of the strongest backrows in Wales, with the likes of Justin Tipuric, Dan Lydiate and Olly Cracknell, so there is a lot of experience there to draw on and learn from."

He was part of the Team GB Sevens side in the Rio Olympics in 2016 and returned home with a silver medal.

Cross has played more than 100 games for the Wales Sevens team and made his senior Wales debut against Australia in 2017.

"The Ospreys gave me the chance to make the switch from Sevens to Fifteens and with a lot of work I feel I have made that transition and now want to kick on and establish myself as a Fifteens player and an Osprey," said Cross.

"I have moved to the region, have made some good friends on and off the field, and I feel we have a young and exciting squad and am looking forward to seeing what we can achieve together.

"I have put a lot of work in here since coming in from the Sevens programme and have been gaining in experience and am nearly at 50 games for the region now."

His re-signing follows on from the appointment of Toby Booth, as the new Head Coach of the Ospreys and the re-signing of Ospreys captain and Wales and Lions flanker Justin Tipuric last week.

Dan Griffiths, Ospreys Rugby General Manager
"Sam is a real character who brings energy to the group, and he has approached the transition from Sevens to the fifteen man game with the same appetite and enthusiasm."

They were joined by new signings scrum half Rhys Webb and fullback Mat Protheroe.  Cross is now focused on his work on the field for the Ospreys.

"It's now just about doing my job and playing as much as I can," said Cross.

"I have come into a squad which has one of the strongest backrows in Wales, with the likes of Justin Tipuric, Dan Lydiate and Olly Cracknell, so there is a lot of experience there to draw on and learn from.

"Having those guys to work with has been a great for me, they are always pushing you and the backrow is one of the most competitive areas in the squad with only three jerseys available on a Saturday.

"It has been a tough season this year, with injuries and off field distractions, but it feels like we have turned the corner and there are exciting times ahead."

Dan Griffiths, Ospreys Rugby General Manager, underlined the role Cross has played for the Osprey since he signed and how his versatility has proved invaluable this season.

"It's a long season in the Pro14, especially with international windows which put tremendous pressure on your playing resources," said Griffiths.

"Sam has played over 49 games over the last 3 seasons, and has shown what an asset he is to the squad with both his versatility and durability.

"Sam is a real character who brings energy to the group, and he has approached the transition from Sevens to the 15 man game with the same appetite and enthusiasm.

"He understands the need to keep improving, and works hard for his place and for his teammates. It's important to have guys in your squad that add value and contribute on and off the field, and Sam has definitely brought that in his time at the club."