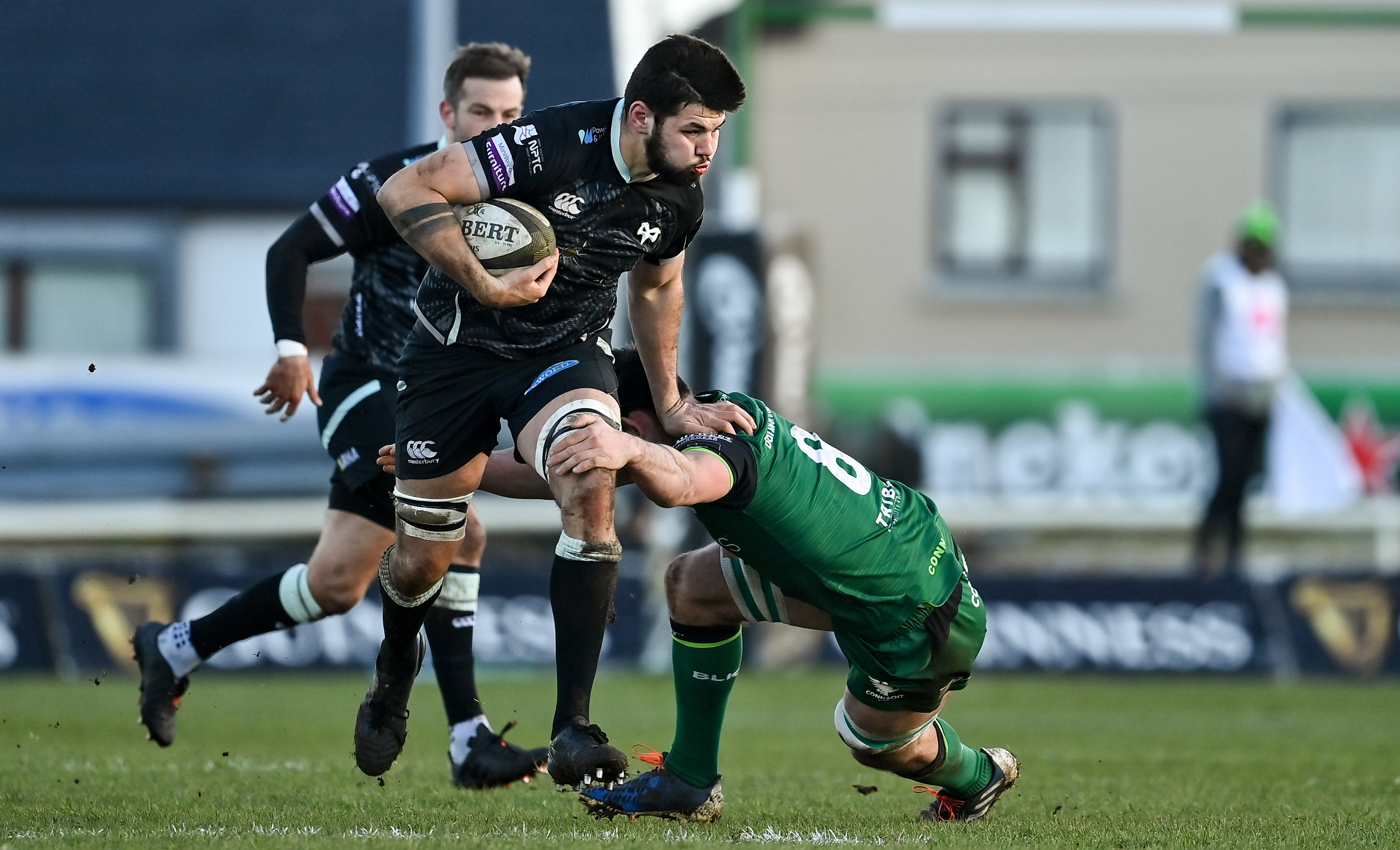 It was cold but clear afternoon at the Sportsground on Sunday as the Ospreys faced the rearranged fixture against Connacht. Irish referee Frank Murphy took charge of the game, which was the 34th encounter between the two.

Ospreys drew first blood, with winger George North getting over in the corner after some beautiful hands, but Ospreys outside half missed the difficult conversion. Connacht struck back through winger Alex Wootton, and on the stroke of half time, Paul Boyle claimed a second, with Connacht outside half Conor Fitzgerald claiming 7 points from the boot. Ospreys had a small mountain to climb in the second half.

It was a good thing then, that they had packed their climbing gear for their trip. Within ten minutes, winger Mat Protheroe and scrumhalf Rhys Webb had crossed for a try each, both converted by outside half Stephen Myler. A lone Connacht penalty in the third quarter of the game gave the hosts the narrowest of leads with twenty minutes left to play. However, Webb made a real statement having been omitted from the national side, scoring his second, and securing his team’s fourth and bonus point try.

An impressive victory on the road for the Ospreys, who now pull away from Glasgow Warriors in 4th place but are trailing the two high flying Irish provinces Leinster and Ulster by 23 and 24 points respectively.

An outstanding albeit chaotic try from the Ospreys got the visitors onto the scoreboard, with the ball switching hands twice in quick succession before outside half Myler floated a pass out to winger North, who fed his captain Justin Tipuric on the wing. The openside popped the ball back inside to fullback Dan Evans, before giving it inside once more to North to finish off the remarkable score. Myler was unable to convert the touchline score but Ospreys took an important five-point lead after ten minutes.

On the 26th minute mark, Connacht outside half Fitzgerald clawed back three points for his team from the tee, after Sam Parry was penalised for slowing the ball down at the ruck.

A length of the field try against the run of play goes in Connacht’s favour, as a wild pass from Keiran Williams finds its way into the hands of Connacht’s Fitzgerald, who passed the ball to his winger Wootton. The flyer had a clear run to the line and the conversion was successfully added by Fitzgerald.

A series of penalty awarded against the Ospreys gave Connacht several attempts to cross the whitewash ahead of half-time. Ospreys captain Tipuric was shown a yellow card for swapping his bind in the maul, and moments later, Connacht number eight Boyle scored a crucial try on the cusp of half-time. Fitzgerald converted and Connacht held a commanding lead at the interval.

Within six minutes, the Ospreys scored yet another flashy try. Following some strong carries and line breaks from centres Williams and Owen Watkin, and fullback Evans; Myler gave a pass to winger Protheroe at pace and the flyer spotted the other winger, North, out on the right wing. A long pass found its mark and the big man set off at a gallop, before finding centre Williams on his inside, who cut back in field to feed Protheroe who made light work of the last tackler and scored underneath the posts. Myler converted the score and the Ospreys were back within just five points.

A disciplined driving maul from the lineout saw the Ospreys rumble towards the Connacht try line; scrumhalf Webb peeled away from the back of the maul, threw a dummy, fooled Fitzgerald with a step, and had enough acceleration and power to see himself to the try line. Myler converted from the tee and Ospreys retook the lead with a little over ten minutes of the second half played.

Ospreys were deemed to be offside in defence in their own half, and Connacht opt for a kick at goal. Fitzgerald stepped up and sent the ball between the sticks to reclaim the lead for his side.

The visitors spent a long period just five metres out from Connacht’s line, having looked like they had undoubtedly forced a try from the maul, the man with the whistle deemed the ball to be held up so it was an attacking scrum for the Ospreys. Penalty after scrum penalty after scrum penalty yielded no reward for the Ospreys, who go to the corner instead. It was the correct decision however, as the maul cruised towards Connacht’s line, Webb gathered it at the tail and enjoyed an armchair ride to the try line to score his second of the game.

There were some tense moments in the final ten minutes in the game, as Connacht won numerous penalty and made gains into Ospreys territory. However, outstanding work at the breakdown and in defence prevented Connacht from establishing any form of foothold and were repelled time and time again. Eventually, the Ospreys simply had to run down the clock with a penalty advantage in their back pocket.

An impressive bonus point win on the road for the Ospreys before heading into a break during the international window.