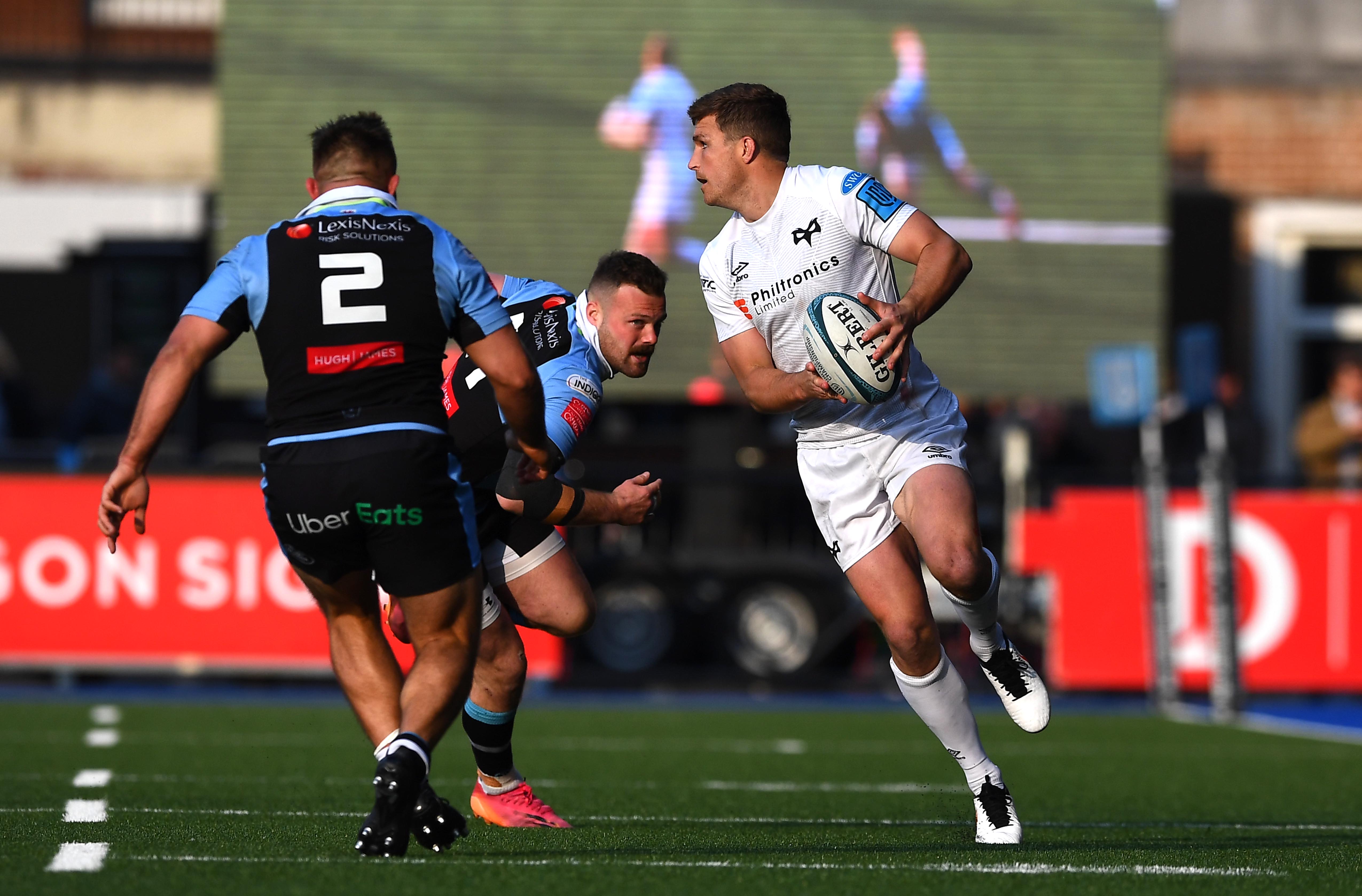 Collins knows all about the excitement of West Wales derby

CENTRE Michael Collins has experienced the West Wales derby from both sides of the Loughor Bridge and knows what it means to the Ospreys supporters.

Collins, who is Welsh-qualified, had a stint with the Scarlets in 2015 before he returned to Wales after putting pen to paper for the Ospreys last summer. During his first season back in Wales, Collins had played 14 games and scored three tries.

“We all appreciate how big this game is for the supporters and it’s exciting for us to have a home game of this quality that supporters can attend,” said Collins.

“We all feel as though we let one slip on New Years against them so I’m sure we are all wanting to get one back over the neighbours.

“The excitement in the camp has been building because we all realise this is a big game for us in terms of the season.

“The you add that it’s against the Scarlets and it gives it another level of meaning to the players and staff.  These are the big games supporters love getting in behind and we are looking forward to it.”

Michael Collins
“We all feel as though we let one slip on New Years against them so I’m sure we are all wanting to get one back over the neighbours."

Collins played in the ‘Battle of the South Island” back in New Zealand between the Super Rugby sides, the Crusaders and the Highlanders, and has experience of big local rivalries.

“Back in New Zealand, where I grew up playing, we have a couple of close neighbours,” said Collins.

“The main one for Super rugby was the Highlanders versus the Crusaders, the Battle of the South Island, we didn’t get the leg up on them often but managed to win the last time which was a bonus.”

While a clash with the local rivals is enough motivation, there is the added spice of the Welsh Shield and Heineken Champions Cup qualification to add to the mix.

“There is a big incentive for this game but we don’t need much more motivation,” said Collins.

“It has been a tricky month or two for us, so we know how important this is for ourselves as well as our supporters.”