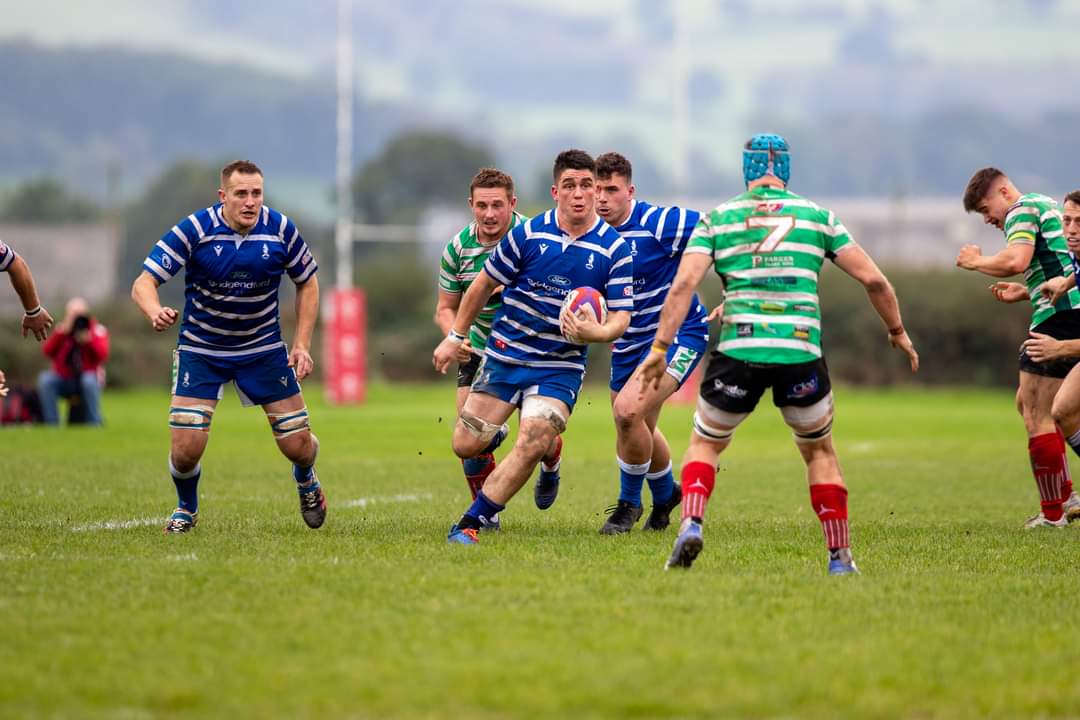 Aberavon soared to a fourth successive Cup victory and upheld their lead in the West Section when they travelled to Carmarthen Park to face Carmarthen Quins.

Despite the hosts taking an early lead with a penalty, Aberavon answered back with a try from Iwan Temblett to go ahead with Dan Edwards booting the conversion. A dominant display in the scrum from the Wizards awarded the pack the penalty try to keep the scoreboard ticking over in their favour. Edwards with another shot at the sticks gave the visitors a healthy 17-3 lead going in at the break.

Despite receiving two yellow cards, there was no breaking through the Wizards defence. Edwards slotting a further three penalties to hand them the 26-3 win. Next up for the side is the visit of Llandovery to the Talbot Athletic Ground on Saturday, K.O 2:30pm.

The All Whites claimed their first win of the season when they welcomed local rivals Llanelli to St Helen’s.

The hosts were quick out of the posts with Ospreys Josh Carrington racing over the line for the try after a dummy from Hanno Dirksen in the first two minutes. Liam Popham converting to hand Swansea the early lead.

Going again in the 20th minute a powerful scrum from the Swansea pack allowed Will Hickey to get the ball out to flanker Huw Sutton who stretched over for their second try of the game. Popham converting.

The visitors ran in two tries in the opening half, but a further try from Popham plus a further two penalties from his boot handed the whites the 27-10 lead at half time.

A quick start to the second half saw Matthew Dodd clinch the bonus point try for the hosts with Popham booting the extras. A second try from Carrington and a brace from Ospreys centre Osian Knott kept Swansea firmly in control of the game. A consolation try for Llanelli in the closing few minutes left the final score at 53-15.

The side will travel to the Timbuild Brewery Field for an all Ospreys derby against Bridgend Ravens on Saturday 16th October, K.O 2:30pm.

Bridgend claimed an impressive victory on the road when they clinched the 25-19 victory against an unbeaten Llandovery side at Church Bank.

The hosts dominated the opening half with three tries to their name to the Ravens one through the hands of Caine Woolerton, leaving the score 19-5 going in at the break.

But the comeback was on as both teams emerged for the second half. A quick tap penalty from Scrum Half Chris Williams saw Reuben Tucker bag a try with Matthew Jones adding the extras. With Llandovery losing Stuart Worral to the bin, Bridgend took full advantage of the extra man with debutant Ben Warren crashing over the line for the try. Jones converting to level the score. A further two penalties from the boot of Jones gave Bridgend the lead but Llandovery had their chances to stage a late comeback.

But despite the Ravens going down to 13 men, the visitors defended valiantly to hold their own and dig in deep for the 25-19 victory. Ospreys Morgan Strong securing a well-deserved Man of the Match award after a solid performance.

Elsewhere, Neath travelled to Narberth RFC in the Championship Cup. Tries from Aaron Grabham, Owain Wyn Morgan and Gareth Wyn Lloyd kept the visitors ahead in a dominant display. Dai Langdon with two conversions handed Neath the 19-7 victory. Next up for the side is a trip to Ystrad Rhondda on Saturday 16th October, K.O 2:30pm.