South West Wales’ leading independent food retailer has team up with the Ospreys to provide support for the eagerly anticipated TAGMania event at the Liberty Stadium on Sunday.

The gates to the home of the Ospreys have been thrown open to U7 and U8 teams from community clubs across the region, giving them the opportunity to play on the hallowed turf at the Liberty Stadium in a fun filled afternoon of TAG rugby.

CK’s Foodstores, who operate 11 shops in Ospreylia, have committed to supporting the event and every child participating will receive a complimentary goodie bag and a special TAGMania t-shirt.

“CK’s Foodstores are delighted to sponsor the Ospreys TAGMania day. We are a community based local business who back the Ospreys on several levels, but are really keen to help them develop grass-roots junior rugby right across our region, and make sure we find the players of tomorrow.

“We are delighted too that friends and families of all taking part can come and watch at the Liberty, and hope all the teams have a fantastic day!”

TAGMania kicks off at 1pm on Sunday. Spectator tickets will be available on the day for £3, allowing all those family members, friends and people involved in the club to come along and cheer the team on.

“TAGMania is building up to be a great day. It’s a fantastic opportunity for local children to come and enjoy the Liberty Stadium and experience something special.

“It's the first time that the venue has ever been opened up for such an event, and that’s thanks to the involvement of CK’s Foodstores. As a community focused business that is active in many of the local neighbourhoods, their support of the event makes absolute sense.

“The event is a great way for us to reward our grassroots clubs from across Ospreylia for all the hard work and dedication that the coaches, young players, families and everyone involved in the clubs put in week in and week out.” 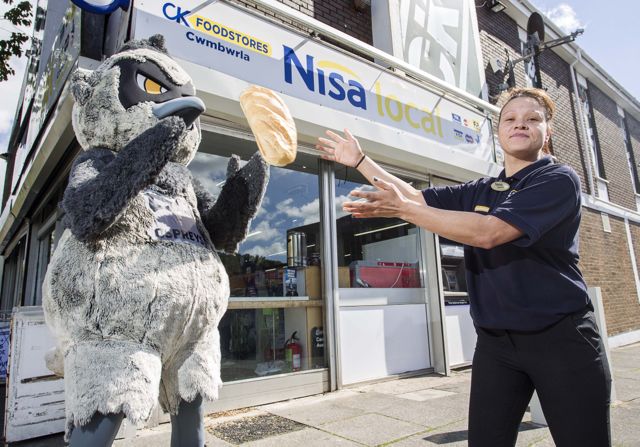 CK’s Foodstores was founded in 1988 by Managing Director, Christopher Kiley, after acquiring a small store based in Llandeilo, Dyfed. The shop offered the community a much-needed modern supermarket with an in-store bakery, butchery department and emphasis on fresh produce sourced locally.

The business now operates 21 outlets, from corner shop convenience stores in Swansea City centre, to larger out of town units further west, with all stores featuring scratch bakery, and bespoke butchery counters as well as a wide range of quality food.

All players involved on the day will also be admitted into Ozzie's Army, our junior supporters club. Members of the army receive an invite to an exclusive party with the squad during the season, special offers, a birthday card from a player as well as a chance to be the Ospreys match day mascot.