After last Saturday night’s big bonus point win for the Ospreys at Franklin’s Gardens, Northampton Saints visit the Liberty Stadium this Sunday for the second leg of the Champions Cup double header.

Away wins all round at the weekend, with Clermont Auvergne also racking up a big victory at Saracens, means Pool 2 is wide open and a second win over the Saints on Sunday would put the Ospreys firmly in contention to progress from the pool stages. 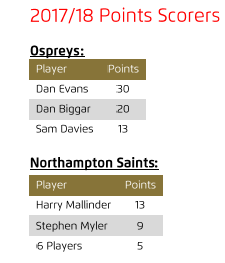 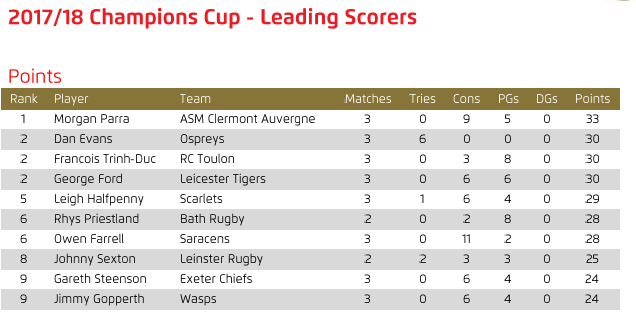 GET YOUR TICKETS FOR SUNDAY'S GAME NOW AT WWW.OSPREYSRUGBY.COM/BUYTICKETS