Take a look at what to expect this weekend as the European Rugby Challenge Cup pool stage reaches its conclusion.

A fifth consecutive tournament bonus point for the Ospreys last Sunday secured top spot in Pool 2 with a game to play, booking a home quarter-final in the spring.

They now head to Kingston Park this weekend looking to end the group stages on a positive note. It will be only the second time that the Ospreys have ever played at the venue, their previous visit coming in November 2010, for an LV= Cup tie.

On that occasion, the Falcons won 18-17 against an Ospreys team including a young Scott Baldwin, Ben John, James King, Justin Tipuric and Rhys Webb, along with old heads like Duncan Jones, Mefin Davies, Ian Evans and Andy Lloyd.

The Ospreys ran in seven tries when the two teams met at the Liberty Stadium in Round 1, Keelan Giles scoring two late tries to round off the win after touch downs from Dan Biggar, Rhys Webb, Ashley Beck, Scott Baldwin and Justin Tipuric in a 45-0 win.

Pool 1
Gloucester (20 points) are sure of qualifying for the knockout stage and a bonus point win against Bayonne on Saturday will guarantee a home quarter-final. If La Rochelle (19 points) defeat Benetton Treviso at home, they will also go through and the TOP 14 club could top the pool depending on the Gloucester result

Pool 2
With an away trip to Newcastle in Round 6, Ospreys have already wrapped up a home quarter-final, and win, lose or draw at Kingston Park, the Welsh region look set to be No 1 seeds going into the knockout stage.

Pool 3
Brive (18 points) and the Newport Gwent Dragons (14 points) are preparing for a Pool 3 shoot-out. If Brive win at home in Round 6, they will go through to the quarter-finals for the 12th time in their history. However, if the Dragons come away with a victory and deprive Brive of a bonus point, then they will seal their place as they have five match points to Brive’s zero from the Round 1 match between the clubs.

Pool 4
Home wins for Bath (18 points) and Cardiff Blues (17 points) over Pau and Bristol respectively will see both clubs through to the last eight. A defeat for one or the other, and there could still be hope courtesy of a best runner-up spot.

Pool 5
Victories for Edinburgh (19 points) against Timisoara Saracens at Myreside, and for Harlequins (18 points) in Paris would see both clubs through to the quarter-finals. However, with the outcome of the cancelled Round 5 match between Timisoara and Stade Francais Paris to be decided shortly, this pool is still very much in the balance.

How clubs qualify for the quarter-finals

The five pool winners and the three best-placed runners-up qualify for the quarter-finals, and will be decided as follows:

(b) If two clubs in the same pool are equal on match points at the end of the pool stage, then their ranking will be determined by the results of the two matches played between the relevant clubs as follows:

(c) If ranking remains unresolved and/or if clubs have not played each other previously in the pool stage, qualification/ranking will be determined as follows:

NB The format for the semi-final matches in the Challenge Cup recognises performances by clubs during the pool stage as well as the achievement of winning a quarter-final match away from home.

The following clubs will have home stadium advantage in their respective semi-final matches:

If the clubs ranked 3 and 2 win their QFs, the club ranked 2 will have home advantage

If the clubs ranked 3 and 7 win their QFs, the club ranked 7 will have home advantage

If the clubs ranked 6 and 2 win their QFs, the club ranked 6 will have home advantage

If the clubs ranked 6 and 7 win their QFs, the club ranked 6 will have home advantage 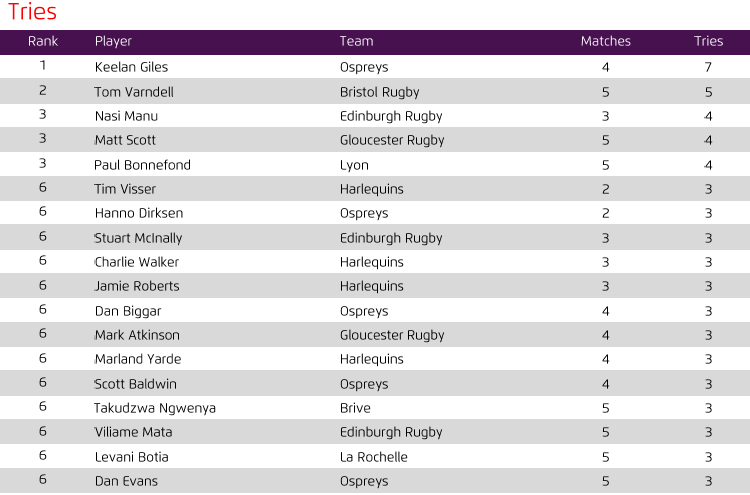 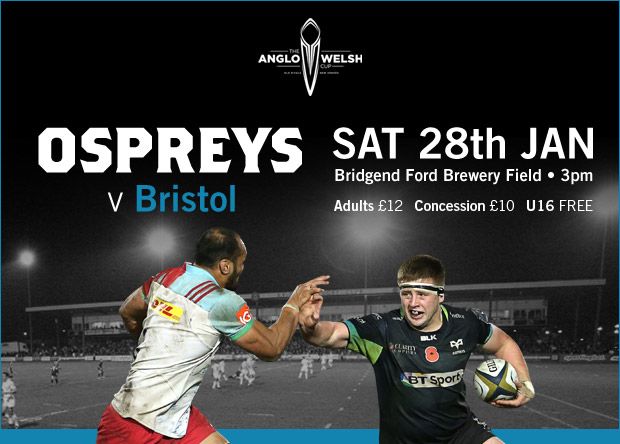