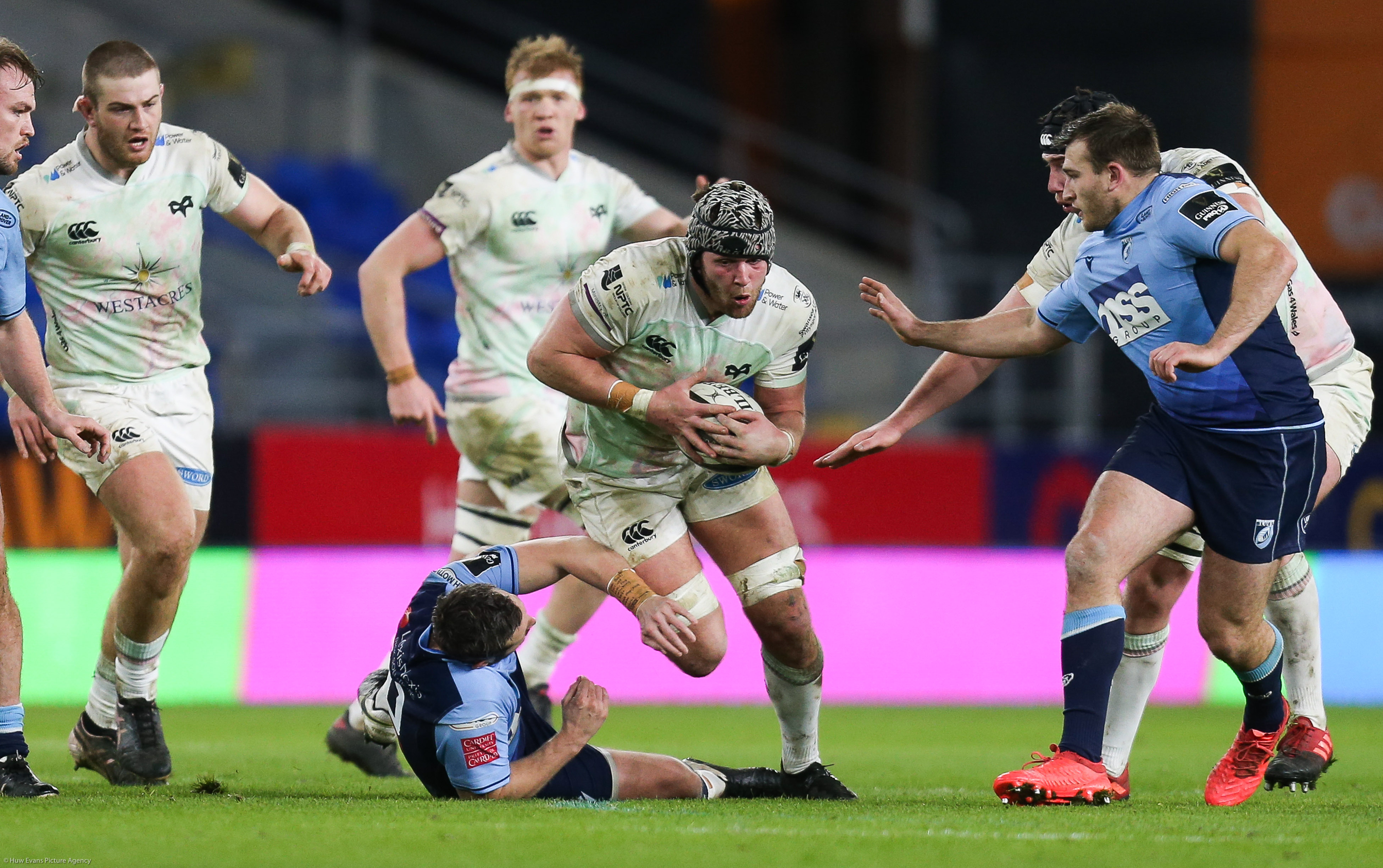 The Ospreys suffered a late defeat against the Scarlets on Boxing Day, while Cardiff Blues enjoyed a one-point victory over Dragons at Rodney Parade on the same day.

It was a low-scoring first half, with Cardiff Blues’ outside half, Jason Tovey, claiming the game’s first points of the evening. However, the Ospreys responded with vigour as Ospreys Hooker Ifan Phillips claimed a try for his team off the back of a powerful maul. Unfortunately for the visitors, flanker Dan Lydiate was shown a yellow card for what was deemed leading with the forearm, and the Ospreys would be without one of their top tacklers for ten minutes at the start of the second half.

There was little doubt who was in control in the second half, as the Ospreys dominated the battle up front, earning themselves a penalty try through a driving maul, and forcing Cardiff Blues to sacrifice three men to the sin bin in defence of their line. Cardiff Blues found it very difficult to get out of their own half as the half progressed, and the Ospreys turned the screw through the dominance of their forwards. Eventually, despite some close calls and near misses, the game ended without further score.

Justin Tipuric, Ospreys captain
“We know we’ve been dominant, set piece wise, in the Challenge Cup so far; but to do it in the league tonight against such a good side as Cardiff Blues, fair play to the boys, was outstanding.”

The Ospreys opened the game with more aggression, and winger George North’s first touch saw him blast past Cardiff Blues fullback Hallam Amos and set the Ospreys up for an early attack on the hosts’ 22.

A counter-attack led by Cardiff Blues’ Amos, Aled Summerhill, and Tomos Williams gave the hosts a solid attacking platform deep within the Ospreys’ 22. Unfortunately, Ospreys centre Scott Williams picked up an injury at the breakdown so Tiaan Thomas-Wheeler steps into the midfield from the bench. In the same phase, Ospreys scrumhalf Rhys Webb was penalised for a deliberate knock on and Tovey converted the penalty into points.

An indominable driving maul yielded a penalty for the Ospreys, and Myler nudged the ball into the corner in an effort to go for a try. The maul was once more expertly formed and was found to be just as unstoppable. Despite desperate efforts from the Cardiff Blues, young hooker Phillips came away with the try. The Ospreys went into the lead for the first time.

Myler, as reliable as ever, added the conversion and the Ospreys’ lead was extended by two.

A blow for the Ospreys on the stroke of half time, as Welsh referee Ben Whitehouse deems Lydiate’s fend on Tovey’s high tackle attempt is worthy of a yellow. Cardiff Blues had one more throw of the dice with the Ospreys a man down, but excellent tackling and a turnover by hooker Phillips slammed the door shut in the hosts’ faces and the first half was concluded.

As Lydiate prepared to return to the field in the second half, Cardiff Blues’ Seb Davies was shown a yellow for repeated offences at the lineout, and the fortunes were reversed for the next ten minutes.

Ospreys twisted the throttle in the final minutes of the third quarter, and although number eight Sam Cross was stopped short of the try line, play was brought back during penalty advantage. Myler sent the ball sailing between the uprights and Ospreys extend the lead to 3-10 with 25 minutes left to play.

Cardiff Blues’ scrumhalf Williams was pinged for being offside at the scrum, and again, Ospreys make a linebreak, this time through replacement back row Will Griffiths. No advantage, however, and Ospreys go to the corner once more. The maul went into reverse initially, but the Ospreys remain patient and with a mighty surge the men in white rumble onwards. It looked inevitable that a try would be scored, and when the maul was illegally dragged to the ground by tighthead prop Dmitri Arhip, the referee thought so too and award the Ospreys a penalty try. A double body blow for the hosts, however, as the offending prop was shown a yellow card for his infringement.

An enormous scrum from the Ospreys took the ball against the head, causing chaos amongst the Cardiff Blues pack. A phew phases on, Ospreys captain Justin Tipuric got the ball wide on the left wing, but is just forced into touch by defending winger Josh Adams.

Ospreys wisely opted for another scrum, and again the capital city’s pack ended up in reverse, and yet another penalty is won. A third scrum and the result was the same, however this time prop Scott Andrews was shown a yellow, the hosts’ third of the evening. Ospreys opt for the lineout but a fumble gives Cardiff Blues a temporary reprieve.

The game ended how most of the second half transpired, with the Ospreys bodily shoving their opponents backwards and the Ospreys got 2021 off to a great start. A player of the match performance by the young try scoring hooker, Phillips, who bagged one of two tries for his side.

“We know we’ve been dominant, set piece wise, in the Challenge Cup so far; but to do it in the league tonight against such a good side as Cardiff Blues, fair play to the boys, was outstanding.” – Justin Tipuric, Ospreys captain

Ifan Phillips, Guinness PRO14 Player of the Match
“It’s brilliant to get the win down here, Cardiff Blues are a great outfit. The set piece was important tonight. We’re all pushing each other, Sam Parry, Dewi Lake, Scott Otten, and I, so it’s great to have that competition for the number two jersey.”