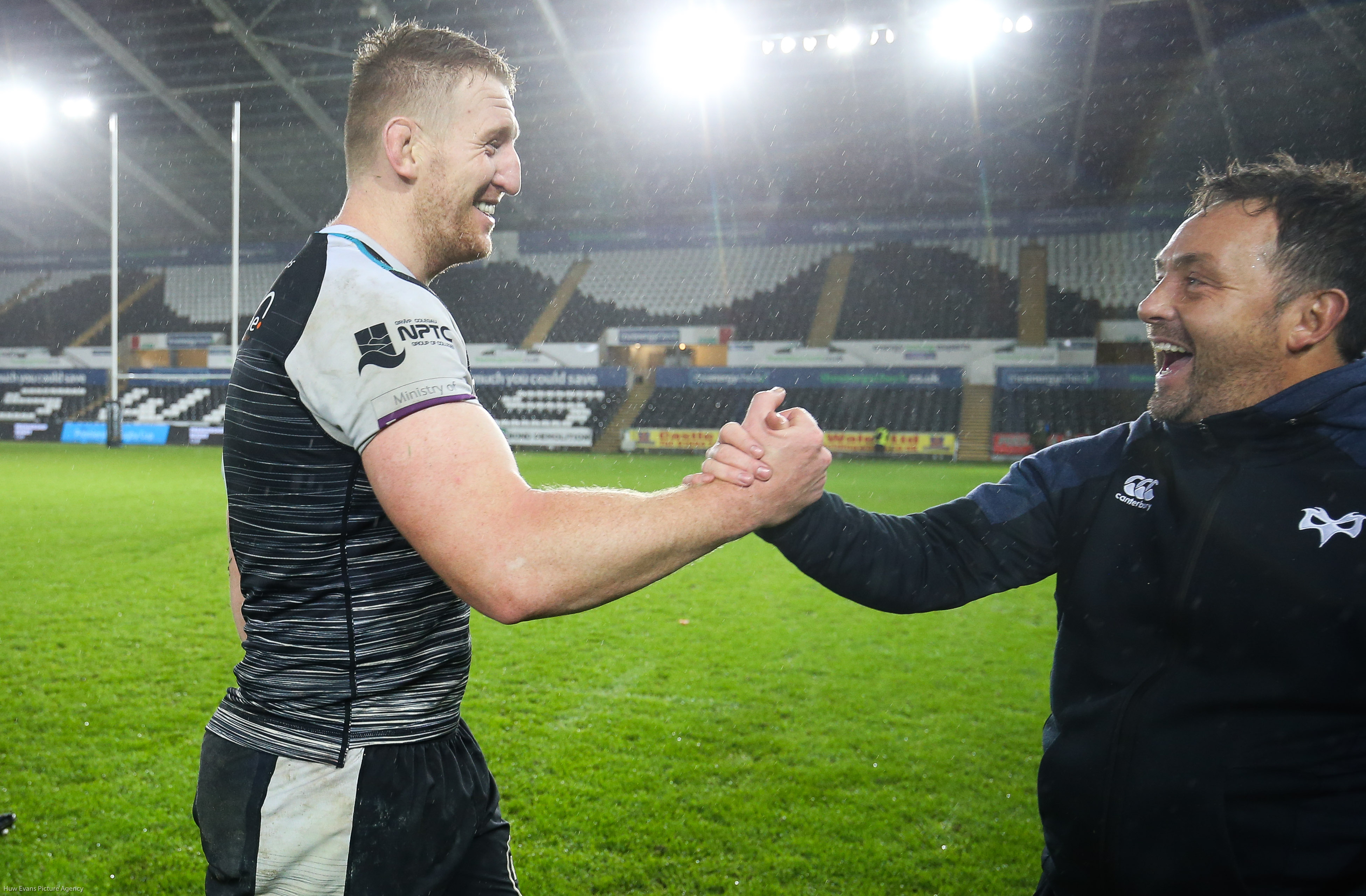 Lock Bradley Davies has signed a new two-year deal to extend his stay at the Ospreys.

The Welsh international, who has won 66 Test caps and captained his country, made his Ospreys debut in 2016.

Davies, 33, is a highly respected senior professional at the Ospreys and is the latest player to re-sign at the Liberty Stadium during this campaign.

His re-signing follows on from the appointment of Toby Booth, as the new Head Coach of the Ospreys and the re-signing of Ospreys captain and Wales and Lions flanker Justin Tipuric last week.

Bradley Davies
"I still have a job to do on the field and that is getting the Ospreys back to where we belong."

They were joined by new signings scrum half Rhys Webb and fullback Mat Protheroe.

He has played 56 games and scored two tries for the Ospreys and represented Wales at all age group levels, captaining the Wales U20s when they won the Grand Slam in 2005.

Davies has experience of playing in the English Premiership and the Guinness Pro14 and was part of the Wales squad that reached the semi-finals of the World Cup in Japan.

"I still feel I have a lot to offer as a player but I know my job here now is more than rugby and that is mentoring the younger boys, helping them develop and passing on my experiences to them," said Davies.

"I was lucky to have senior pros, like Rob Sidoli, Deiniol Jones and Paul Tito, do that for me when I was a young player and I feel I have a duty to the boys coming through because I was helped so much when I started.

"I remember the players who sat me down after training and talked about tactics, the mental side of the game, and the physical side of the game; just everything that helps you succeed as a professional rugby player.

"While I know my role is about helping the next generation of Ospreys locks, like Will Griffiths and Adam Beard, I still have a job to do on the field and that is getting the Ospreys back to where we belong.

Davies is taking his WRU Level 3 coaching badge under Dan Clements' program designed to develop professional players into coaches and has ambitions to be a coach when his career ends.

Dan Griffiths, Rugby General Manager
"His attention to detail, alongside his physicality and competitiveness have kept him at the top of the game for such a long period of time."

"Brad is one of the games great characters, as I'm sure many of our supporters will know from the referee's mic," said Griffiths.

"But there is far more to Brad than just his sense of humour, he is an excellent professional who really thrives on hard work and is always on top of both his physical and tactical preparation.

"Brad brings a huge amount of experience and detail to our lineout and takes a leading role in the preparation of the team to perform. It's this attention to detail, alongside his physicality and competitiveness that have kept him at the top of the game for such a long period of time.

"He is keen to share that knowledge and experience with the young players, and that is a great asset to have within your squad and something we will look to support moving forward.

"Brad is an important part of the squad, a leader by example on the field and someone you know will always put his body on the line for his team-mates and the jersey."