Ospreys Rugby are delighted to announce the signing of tighthead Tom Botha from the start of next season, beating intense competition from a number of leading clubs to secure his signature.

He is the fourth new face confirmed ahead of the 2018/19 campaign and joins Wales stars Aled Davies and Scott Williams and Namibian international Lesley Klim in committing to the region.

Currently with the Ospreys’ Guinness PRO14 Conference A rivals, Toyota Cheetahs, the 27-year old from Stellenbosch will bring with him vast experience across not only the PRO14 but also Super Rugby, as well as the domestic game in South Africa in the Vodacom and Currie Cups, and also from a two year spell in France as a youngster. 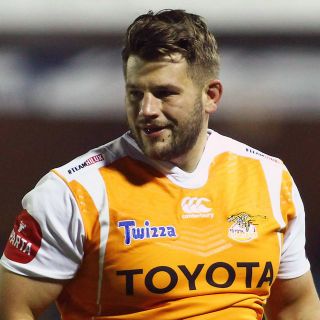 Speaking after confirming his move to the Liberty Stadium, Botha said:

“I’m really excited to join the Ospreys. I enjoy the PRO14 more than Super Rugby as it’s based more on scrums, forwards mauling, stuff like that. I love all the forward related stuff, that’s the strong point of my game.

“I’ve actually spoken to a few of the South Africans who have played for the Ospreys, before I decided to sign, and they all said only good things. I can’t wait.”

Renowned in his homeland as a destructive scrummager, Botha stands 1.79m tall and weighs in at 110kg.

Having come through at Western Province as a youngster, Botha spent two years in France with Montpellier where he won a French ‘espoir’ U23 title, before returning to South Africa with Eastern Province Kings.

In 2016 he made his Super Rugby debut, playing 15 times for Southern Kings that season, before signing a two-year deal with Bloemfontein based Toyota Cheetahs.

Last year he made 10 Super Rugby appearances before the Cheetahs switched to the PRO14 and he has played in 16 of their 19 games in the competition this season including their 44-25 defeat of the Ospreys at the Free State Stadium in September. 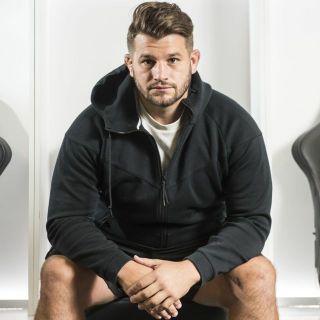 “Tom is somebody that we are excited about seeing in an Ospreys shirt. He has a wealth of experience playing and scrummaging against opposition from just about every major rugby nation. Working alongside Allen Clarke in an Ospreys environment he has the potential to be a great asset to the club.

“He is an aggressive scrummager who likes to attack the opposition and has acquitted himself very well with the Cheetahs since his arrival in the PRO14. He is a player that thrives on the challenge that comes with the setpiece in the Northern Hemisphere."

“There was considerable interest in his services so we are pleased that Tom has agreed to come to the Ospreys this summer and that he believes it is the right place for him.”

In addition to the four confirmed new signings, the Ospreys have also secured the services of 11 of the current squad since the start of 2018 including captain Alun Wyn Jones and five other Welsh internationals, Rhodri Jones, James King, Owen Watkin, Adam Beard and Sam Cross.

Olly Cracknell, Ma’afu Fia, Sam Parry and highly rated youngsters Will Jones and Reuben Morgan-Williams are the others to have signed new contracts.