Dan Biggar will become the youngest member of the exclusive ‘200 club’ at the Ospreys this weekend, nine years after making his regional debut.

Still only 27-years old, Biggar will become just the fifth player in Ospreys history to pass the double century landmark when Leinster visit the Liberty Stadium this Saturday afternoon, following on from Duncan Jones (223), Paul James (217), Alun Wyn Jones and Andrew Bishop (both 209), almost exactly five years after he also became the youngest to a century, a record he still holds.

Reflecting on his impending entry into the ‘200 club’, while acknowledging the personal milestone, Biggar was playing down its significance as he preferred to focus on the team ahead of a fixture to the region’s play-off aspirations.

“I remember the first one as though it was yesterday, against Saracens in the EDF semi-final in Cardiff.

“It’s a really nice achievement, something to be proud of, certainly, for someone who is from the area. It’s the kind of thing that when you get to the end of your career and look back on, particularly when you see the list of people already there, then it’s a pretty impressive list to be associated with.

“Hopefully the day will be more about the Ospreys picking up a positive result rather than my 200th appearance, that’s far more important. We want to be involved in big games, but we want to be on the winning side as well.

“It’s an important Guinness PRO12 game and we’ve all got a job to do, which is to ensure we bounce back from last weekend and keep moving in the right direction towards securing a play-off spot and, hopefully, creating more positive moments before the end of the season.”

Biggar was just 18 when supporters got their first glimpse of him in an Ospreys shirt, a late introduction off the bench in place of James Hook in the closing minutes of a 30-3 win over Saracens at Millennium Stadium back in March 2008. 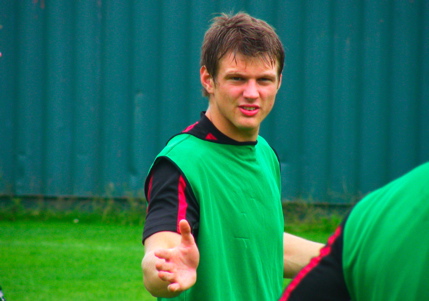 He made his first start the following September, in a 21-18 away win in Glasgow, since when he has been a cornerstone of the Ospreys team season after season. Aged just 22, he made his 100th appearance in a 33-12 win over Cardiff Blues in April 2012.

His tally of 2029 points for the Ospreys inevitably puts him top of the region’s all-time list, well ahead of Hook in second place with 796. He has scored 25 tries, putting him ninth on the list, sandwiched between Ashley Beck and Gavin Henson.

Looking back at his time as an Osprey, Biggar admits that as a teenager he never imagined getting to 200 appearances:

“I don’t think you can when you make your first appearance”  he said.

“You always want more, you always want to be involved when you can, but you can never, ever, predict playing 200 games for your home region.

“In recent seasons I’ve not been able to play for the Ospreys as much as I would have liked as I’ve been fortunate enough to be involved more regularly with Wales in the Six Nations and autumn period, but that makes you appreciate each appearance all the more.

“I’m 27 now so I’m hanging on in there at the moment. Most people are probably sick of the sight of me by now!

“I’ve played a lot of games over the years so I’ve been able to get there quicker than the rest. I don’t know what that says about me, if anything, but all I want to do is play rugby and the Ospreys have always been my priority.” 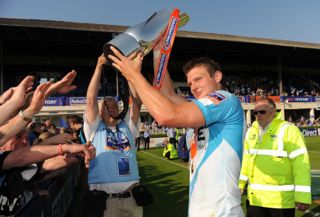 A double PRO12 winner, having made huge contributions to two memorable play-off final victories in Dublin, those big days out understandably feature high in his list of games to remember, but Biggar identified others that also stand out for good and bad reasons.

“There has been ups and downs, we’ve experienced the highest of highs and some pretty low lows, but that’s what makes it so special I suppose, that you’ve enjoyed so many different experiences” he said.

“Maybe when you are younger you don’t necessarily appreciate the good moments for what they are, it’s only when you taste the other side that you begin to understand what the good days mean.

“The two leagues we’ve won out at the RDS in Dublin are always going to be out there as standout moments but there are others as well.

“Beating Toulouse at the Liberty was a really special day, they had such a star-studded squad and we had injuries, the stadium was rocking that day. Then you’ve got the two big European pool deciders against Leicester in 09 and 10. Fantastic occasions like that are what you play rugby for and we want more of those, it’s been too long.

“On the flip side there have been huge disappointments, none more so than the Heineken Cup quarter final in 2010, out in San Sebastian when we missed out to Biarritz by the smallest of margins. There was a real feeling that it could have been our year that year. The PRO12 semi-final out in Munster a couple of years ago also hurt, getting so close but we came up just short with that little knock on in the last play of the game.

“Overall though, I can’t complain at all, it’s been a fantastic run, and I can be proud of being part of a team that has achieved a lot over my 200 games.”

Tickets for Ospreys v Leinster at the Liberty Stadium are available to buy now priced from just £20 for adults, at www.ospreysrugby.com/buytickets