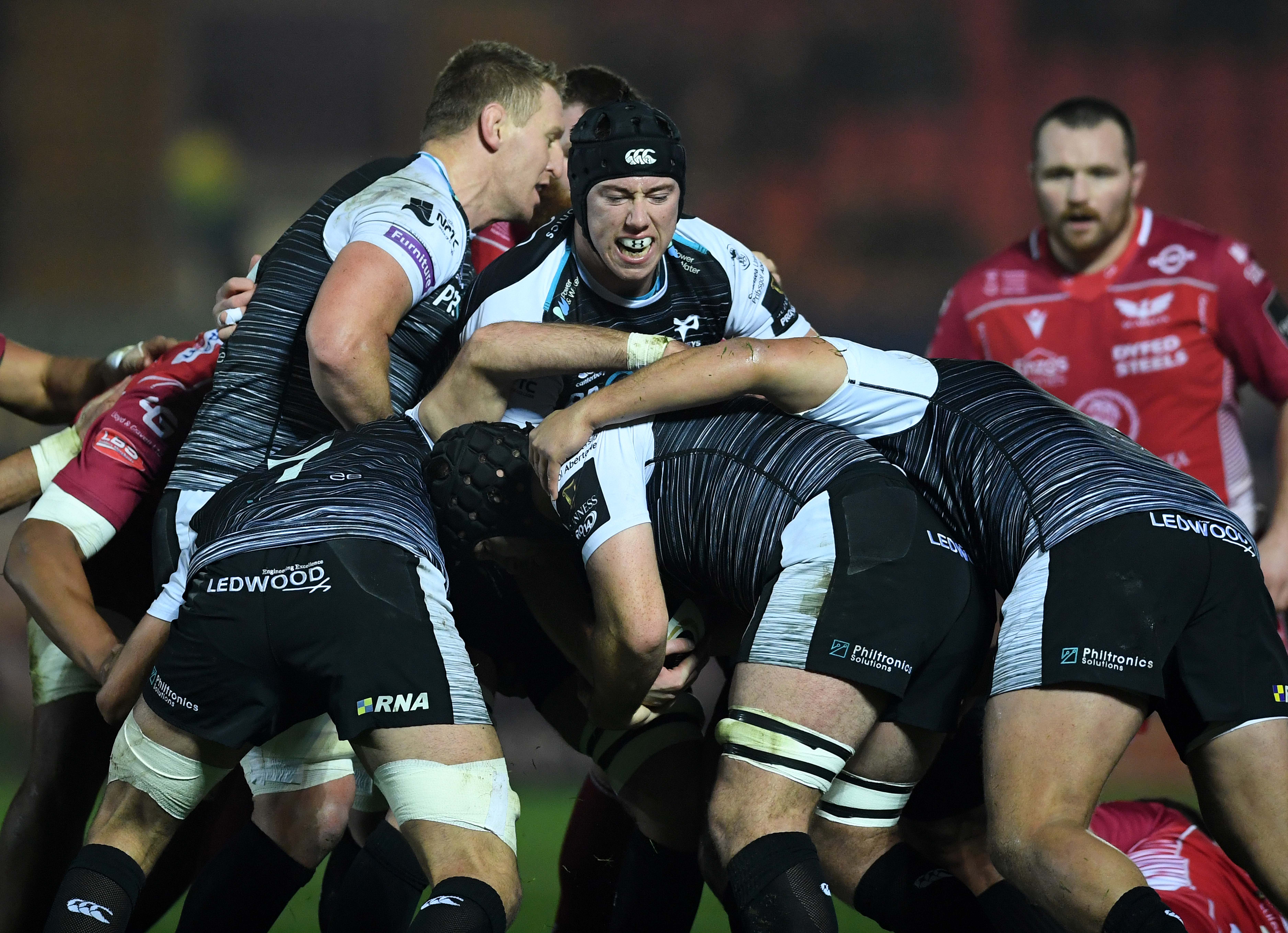 Lock Adam Beard has signed a new two-year deal to stay with the Ospreys.

The Wales second row is the latest international to commit his future to the Liberty Stadium.  His decision to stay at the Ospreys follows the recent re-signing of centre Owen Watkins.

The 20-times capped Welsh international was named in the Wales squad for the 2020 Six Nations and is the latest big name to extend his stay at the Liberty Stadium.

Beard, 24, has come along way from being the youngster who used to sit in the stands at the Liberty Stadium to watch Ospreys home games.

“I used to watch the Ospreys with my father, Paul, down the Liberty Stadium,” said Beard.

“I always used to buy the jersey every season and watch the players, some of them are still in the squad now, when I was coming through the system back then.”

Beard is another example of how productive the Ospreys Academy system has been and still is for the region and Wales.  His journey began at Birchgrove, then Aberavon, before he established himself with the Ospreys.

He made his debut at 18 years of age and has made 68 appearances for the region.

“I’m a local boy, have come through the Academy system and have been here about eight or nine seasons,” said Beard.

“I played through all the age-grades and I have a lot of close friends here and we all want to see the region get back to winning ways.

“Signing for the region shows how much it means to me and how we all want to stay around and make this region great again.

“There have been tough times but I am sure there is light at the end of the tunnel and there is a lot of young talent in this squad and, with the experienced guys we have here, I am sure we can do something special.

“The Ospreys gave me all those chances many years ago, and without the Ospreys I wouldn’t have had the chance to play international rugby so I know how lucky I have been in that sense.”

Beard has fought to establish himself at the Ospreys, having to compete with Wales captain Alun Wyn Jones and fellow Welsh international Bradley Davies for a spot in the side’s engine room.

All three Ospreys were part of the Wales squad that reached the semi-finals of the 2019 World Cup in Japan. He admits it has proved an invaluable rugby education to have such experienced players around him to learn from.

“I’m still young and still have a lot to learn but seeing what those two have achieved in the game is sensational,” said Beard.

“You have Brad, who has sixty plus caps for Wales, and is a real character in the game and someone you can learn so much from.

“Then there is Alun Wyn, who has been captain of the region, captain of Wales and the British and Irish Lions, and they are two guys you look up to and just learn from.”

“The competition in the second row can only help me develop and learn more as a player. And even though I’m a young second row I want to push myself more and achieve more with my rugby, and I feel Ospreys is the best place for me to do that.”

Adam Beard
"Signing for the region shows how much it means to me and how we all want to stay around and make this region great again."