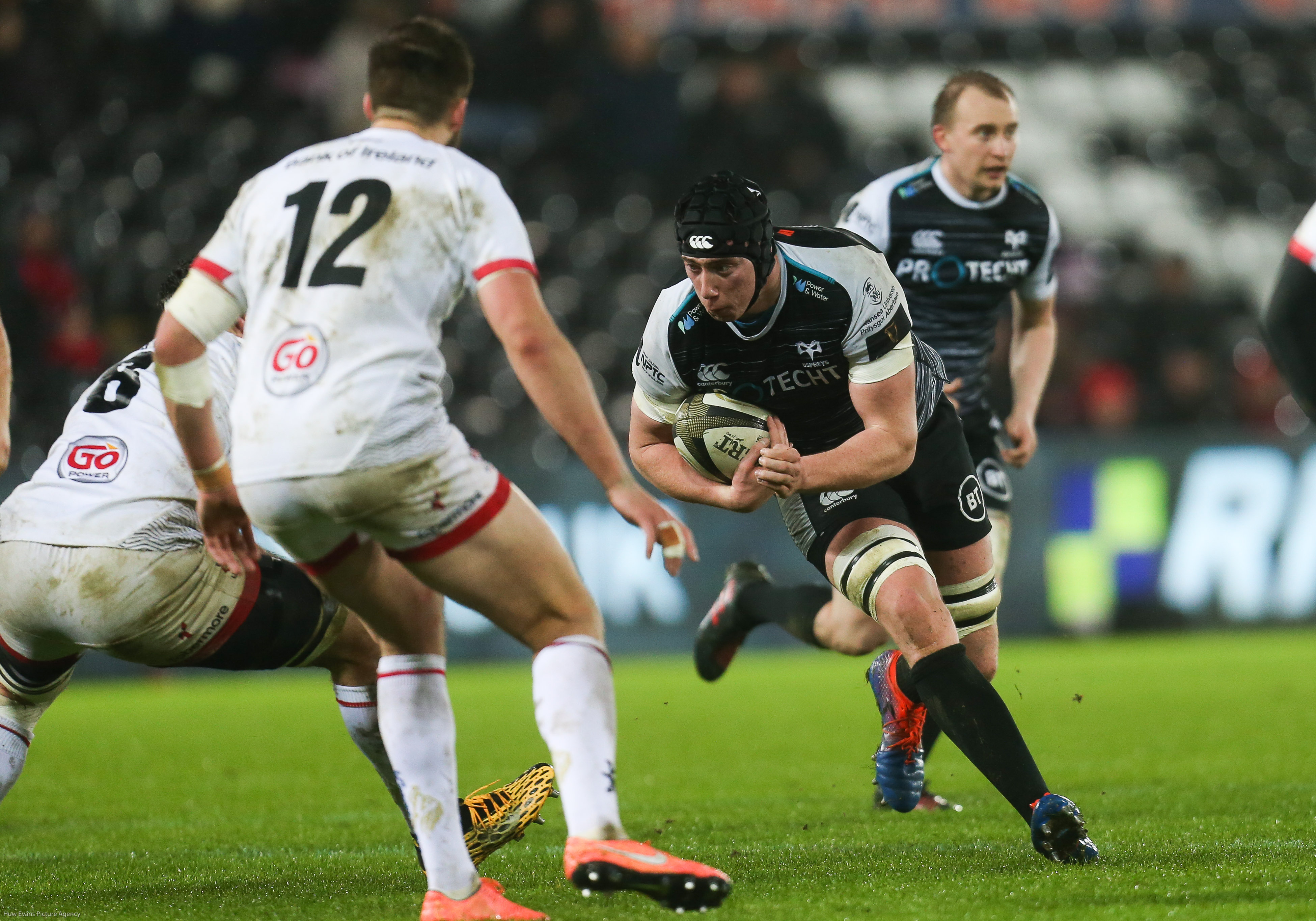 Beard has sights set on fresh start for the region

Lock Adam Beard already has his sights set on a fresh start with the Ospreys as the squad prepares for the challenges of a new Guinness PRO14 campaign.

The Ospreys will kick of their new campaign with an away trip to Edninburgh on Saturday, October 3rd.

Beard, who was one of seven Ospreys at the World Cup in Japan, is one of three Welsh internationals now in new Head Coach Toby Booth’s squad.

Booth’s arrival, along with new Attack coach, Brock James, and a move to train at the Ospreys new temporary training facility at St Helen’s in Swansea has given a new and fresh focus for the Ospreys.

Beard, 24, who used to travel to watch the Ospreys with his Dad when he was a youngster, believes a page has been turned and a new exciting chapter is about to begin at the Liberty Stadium.

“It has been great for us,” said Beard. “In sport, it is always nice to have a change. We have had a change in our coaching staff.

“We used to train at Llandarcy, now we are in St. Helens, the home of The Whites, so it is nice to have that change. A change of scenery, a change of coaching staff, a new look at rugby.

“We wanted to put an end to last season because we know that was unacceptable and we are obviously disappointed in the way that went, but we have got to look at that as the past, move on from that and hopefully we will start next season a lot better than we did last year.”

“We kind of looked at it like two pre-season games really.  We had a good block of seven, eight weeks training going into those games and ideally we would've like to have won.

“We knew it was still part of last season and it wasn’t the be all and end all, we just wanted to see if we could put what we did in training onto the pitch.

“I definitely think, looking at the Dragons game, we started the game very well and we were definitely seeing signs of what we had done in training put into that game.

“It was unfortunate that we had the card and went down to 14 men, but the team showed real character just to stick in the game and get a draw. Then, when we look to the Blues, we were all disappointed in that game. We felt we pulled our foot off the pedal really and didn’t get the performance we wanted to, but that is last season now.

Adam Beard
“We’ve swept that under the carpet and we've been training hard for the next few weeks and then we will rip into this season coming up.”