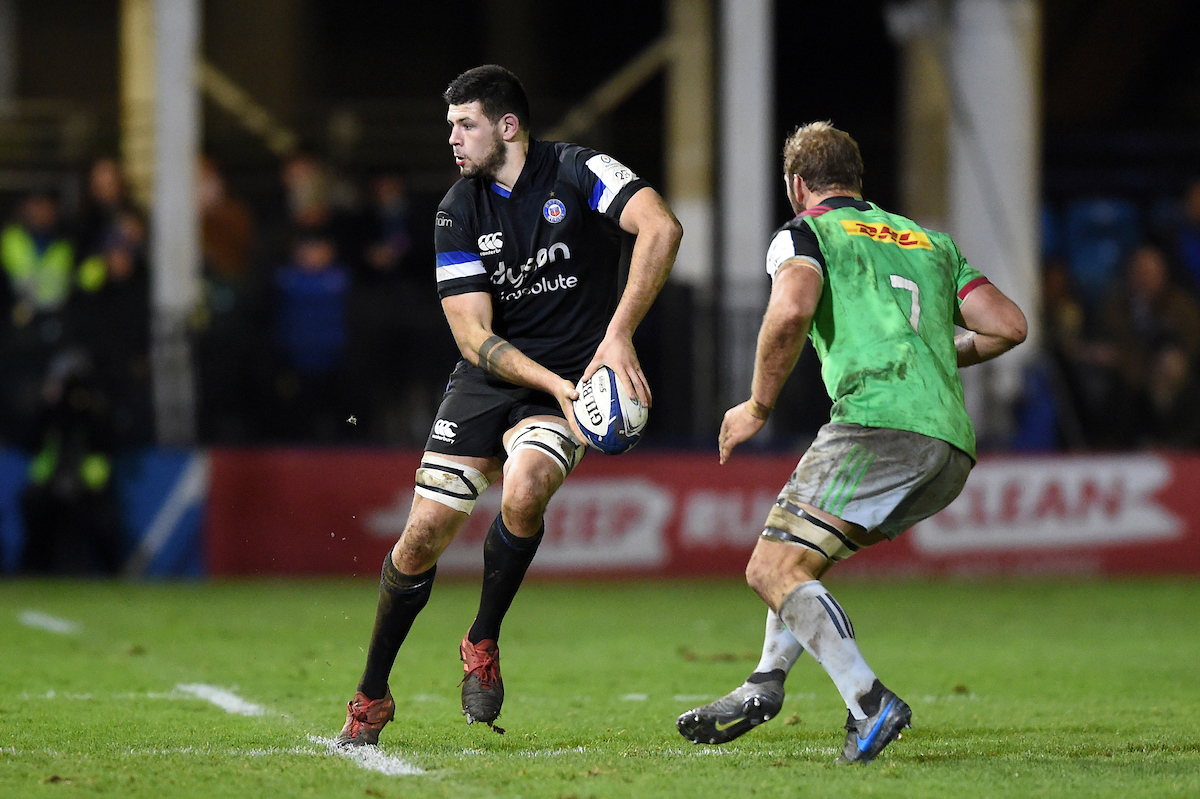 Lock Rhys Davies has signed a two-year deal to join the Ospreys from next season.

The Wales U20s international, who stands at 6ft 6ins and weighs in at 114kg, will leave Bath at the end of the season to return home to Wales.

Davies, 21, has steadily built an impressive reputation across the border in England and is returning to his home region, the Ospreys.

Rhys Davies
"I am from Swansea and have an emotional attachment to the Ospreys, they are the side I grew up wanting to play for, and I now have the opportunity to do that."

The Swansea-born second row was a product of the Ospreys Academy system but left Wales at the age of 16 to attend the renowned Millfield School.

"I grew up watching the Ospreys and was part of their Academy system until I was 16. I then had a fantastic opportunity to attend Millfield School in Somerset," said Davies.

"Whilst at Millfield I also represented Bath Rugby for two years and travelled home to be part of the Wales Under 18's. I then took up a three-year contract to be part of Bath's Academy system, which has been a great experience however it ends this season.

"I am from Swansea and have an emotional attachment to the Ospreys, they are the side I grew up wanting to play for, and I now have the opportunity to do that."

During his time at Bath, Davies was coached by former Welsh international, Luke Charteris, who is the lineout coach at the Rec. Davies has also worked with new Ospreys Head Coach, Toby Booth, at Bath.

Davies is the fourth new signing made by the Ospreys for the new season, along with scrum half Rhys Webb, full back Mat Protheroe and prop Nicky Thomas.

Dan Griffiths, Ospreys Rugby General Manager
"He has progressed tremendously this season, putting in some excellent physical performances at both Premiership and European levels. At 21 he has fantastic potential."

Davies is under no illusions of the challenge of establishing himself at the Liberty Stadium but is relishing the prospect of working with and learning from the likes of Wales captain Alun Wyn Jones.

"You have Alun Wyn Jones, who is one of Wales' greatest players, and to have the chance to learn from someone like that is exciting, it doesn't get much better," said Davies.

"Then you have Bradley Davies, another quality Welsh international who has exceptional experience and someone I am hoping to learn a lot from as well as current Welsh international Adam Beard. This is where I want to be, learning and training with the best.

"I know it's not going to be easy, but that's what you want as a player, to be challenged. It's how you get better as a player. There are world class second rows at the Ospreys, and it's going to push me to be a regular first team player."

While the Ospreys remain his priority, Davies admits he does have ambitions to play Test match rugby for his country.

"Wales is the ultimate goal because I am Welsh," said Davies

"I have been fortunate to have represented Wales through all the age-grades and my main ambition is to play for the Wales senior team in the coming years. I know the Ospreys is the best place, with the competition for places, to get me there."

"We are delighted to add Rhys to the squad, he is someone we have monitored closely at Bath since leaving the Ospreys age grade to take a Scholarship at Millfield," said Griffiths.

"He has progressed tremendously this season, putting in some excellent physical performances at both Premiership and European levels. At 21 he has fantastic potential.

"The opportunity to return to the Ospreys was a huge motivation for Rhys, and on meeting him, his enthusiasm for the club really shone through. He is close to a number of the young players breaking through into the senior ranks, and again really wanted to be a part of the future of our club.

"There is a fantastic blend of youth and experience we now have at second row, with world class, international performers combined with exciting young talent. As Adam Beard reflected, seeing how Alun Wyn Jones, Brad Davies and our top international players prepare is a huge asset in the development of these young players.

"We are excited to see Rhys back in black, to support his talent and ambitions and I'm sure he will be a great asset to the Ospreys moving forward."