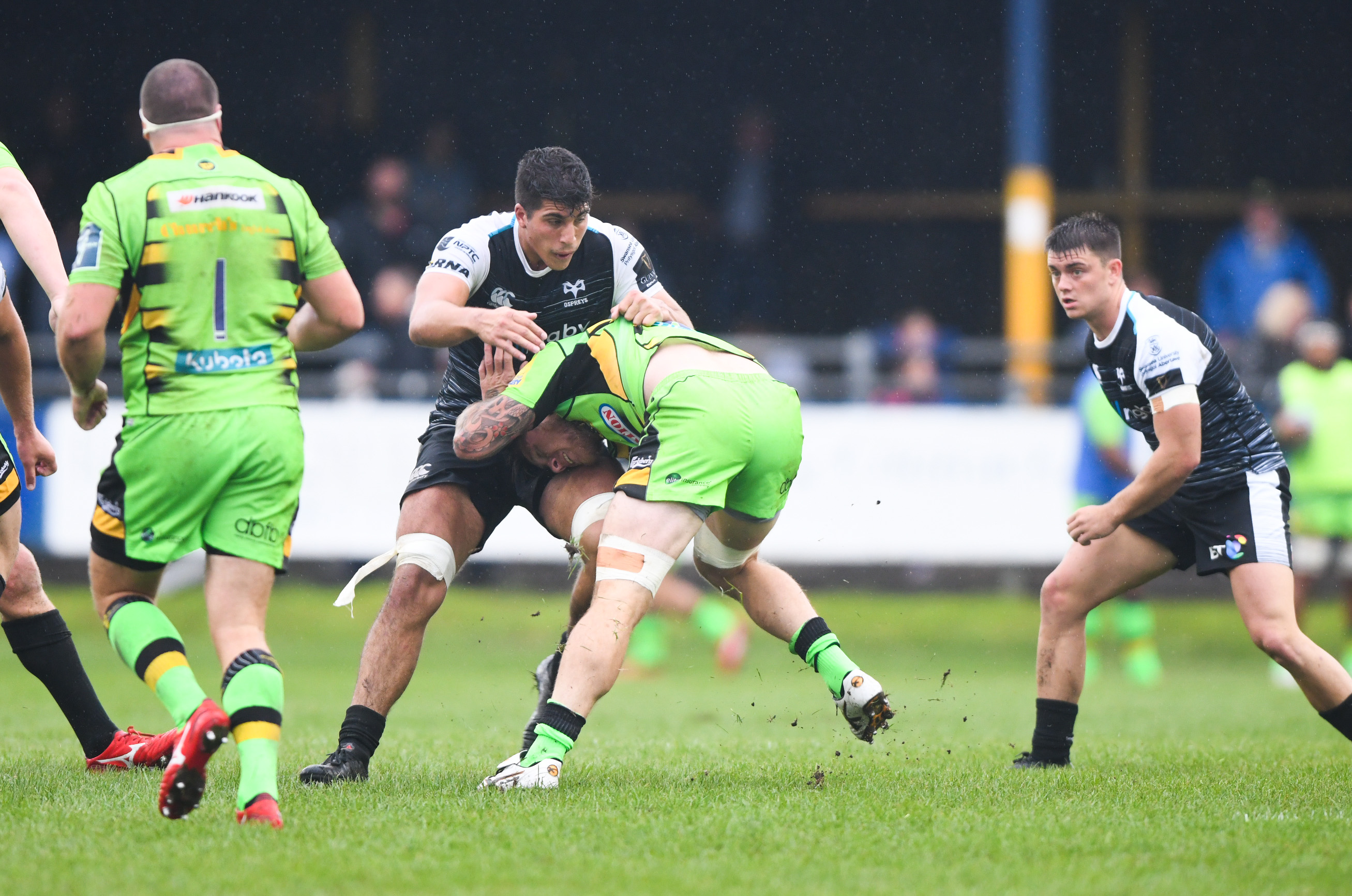 Back-rower Volpi re-signs with the region

The Ospreys are delighted to announce backrower Guido Volpi has agreed a two-year deal to extend his stay at the Liberty Stadium.

Volpi, 24, went out on loan to the Doncaster Knights in the English championship before returning to Wales to be part of the Ospreys pre-season preparations.

He joined the Ospreys back at the start of the 2018-19 season and has gone onto feature seven times for the region.

Volpi made his Guinness PRO14 debut in September of 2018, coming off the bench against Munster at the Irish Independent Park. He made his Champions Cup debut in Paris in December 2019 against Racing 92.

“The fact that the Ospreys have shown the faith in me with this new contract is a real vote of confidence for me,” said Volpi.

Guido Volpi
“The Ospreys is a big club, with big players and I want to be a part of the Ospreys future and to establish myself here.”

Before moving to the region back in 2018, Volpi was part of Argentina’s high-performance programme. As a youngster he played for CUQ Rugby in Buenos Aires before heading to France to sign for Narbonne, he captained the club in the ‘Espoirs’ competition for under-23 teams.

“Guido has fantastic athletic ability and continues to make good progress in the programme. The opportunity to play under Clive Griffiths at Doncaster in the Championship last season gave him regular rugby at a professional level, where he showed his potential as a dynamic ball carrier. The challenge for Guido is to continue to develop and refine elements of his game and put himself in the thoughts of the coaches.

“He is now back with the Ospreys as we build for the return to rugby and has the chance to impress our new Head Coach, Toby Booth, over the next few months.”