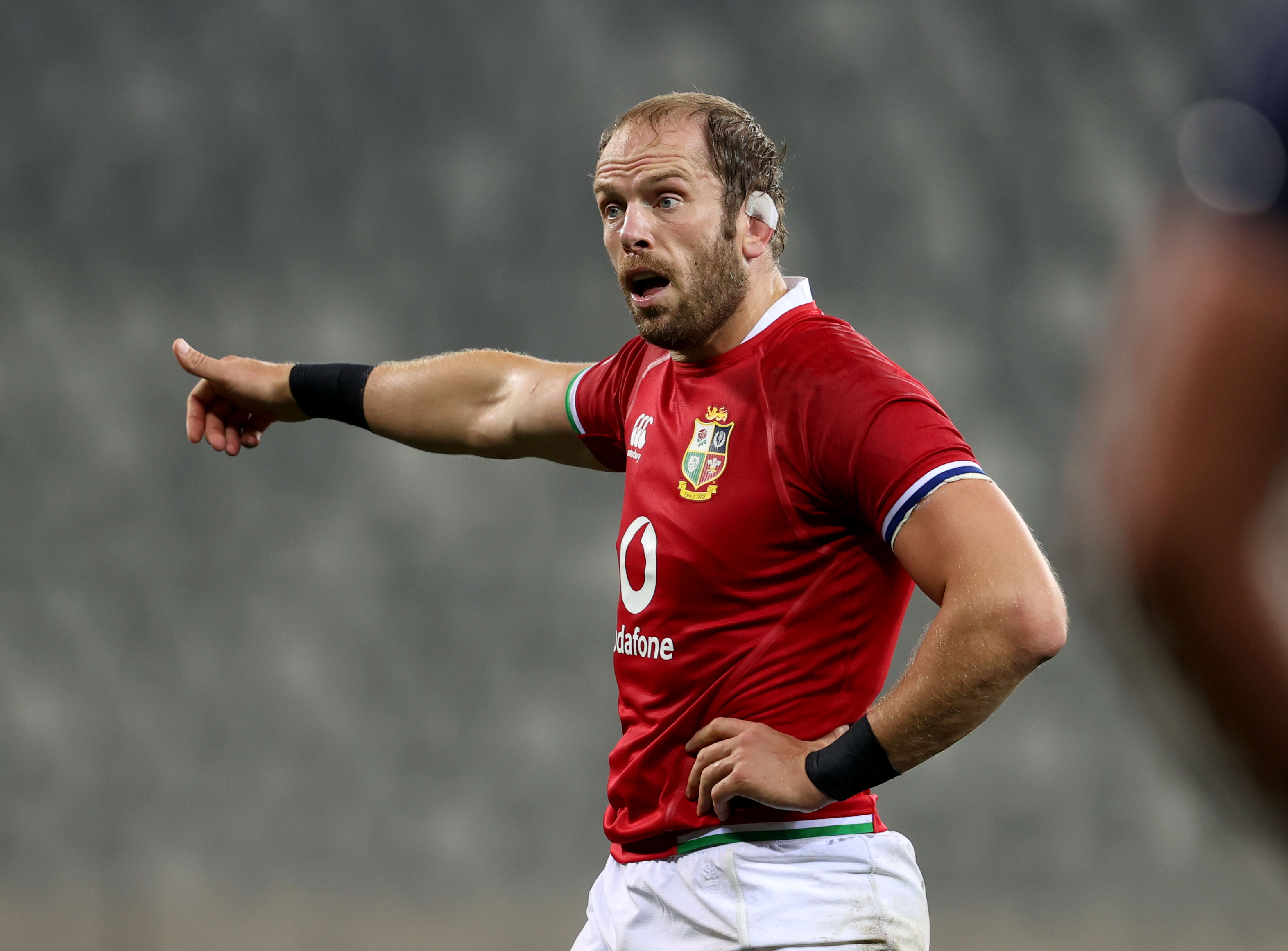 Against all odds, Alun Wyn Jones made a remarkable recovery to make his comeback against the Stormers for the British and Irish Lions.

Just 18-days after suffering a dislocated shoulder against Japan, the Ospreys lock flew out to South Africa to link back up with the squad.

Jones will now lead the Lions test opener against the Springboks and after being picked for his tenth consecutive Test, the lock admitted this opportunity means so much more to him.

“I can’t swear so I won’t go into too much detail but the first few days after the injury, getting home, I think I was home on the sofa before the guys had got to the airport,” he said.

“That was a tough one. Fast forward to the Tuesday where I was told there was a chance, it was bordering on surreal so to be here and take knocks and be with the group, it means more.

“I’m not going to lie, it does mean more. The fact that I spent two weeks with the guys, getting to know people and we were bedding in with the rugby and I had the seven minutes against Japan.

“For those two days, that was my Tour done but I’ve had news on the Tuesday and sometimes all you need is a chance and I was willing to work hard and make it difficult for Warren.”

The world’s most-capped Test player was quick to pay tribute to all those who helped him complete his remarkable comeback, including the medics who gave him a glimmer of hope.

“It wasn’t just me, there was a lot of help back home, I’m not going to say it’s all me. I’ve had a lot of support, a lot of planning that was put in place in regards to the shoulder,” he said.

“It’s been pretty whistle-stop for me since I spoke to Gats and some of the management about being involved Saturday, literally off the plane, because we hadn’t got that far.

“Timelines had moved forward a bit so I was fortunate to get the game time on Saturday and put myself in contention so to be sitting here now and involved in the Test is everything.

“It’s everything I’ve been working for over the last – I would be lying if I said two years – probably four years – obviously when you finish a series you never know if you’re going to do the next one.

“A lot of games go under the bridge as it were so to be sitting here now is a very, very special but it’s only a short step towards what is hopefully going to be a very enjoyable week.”