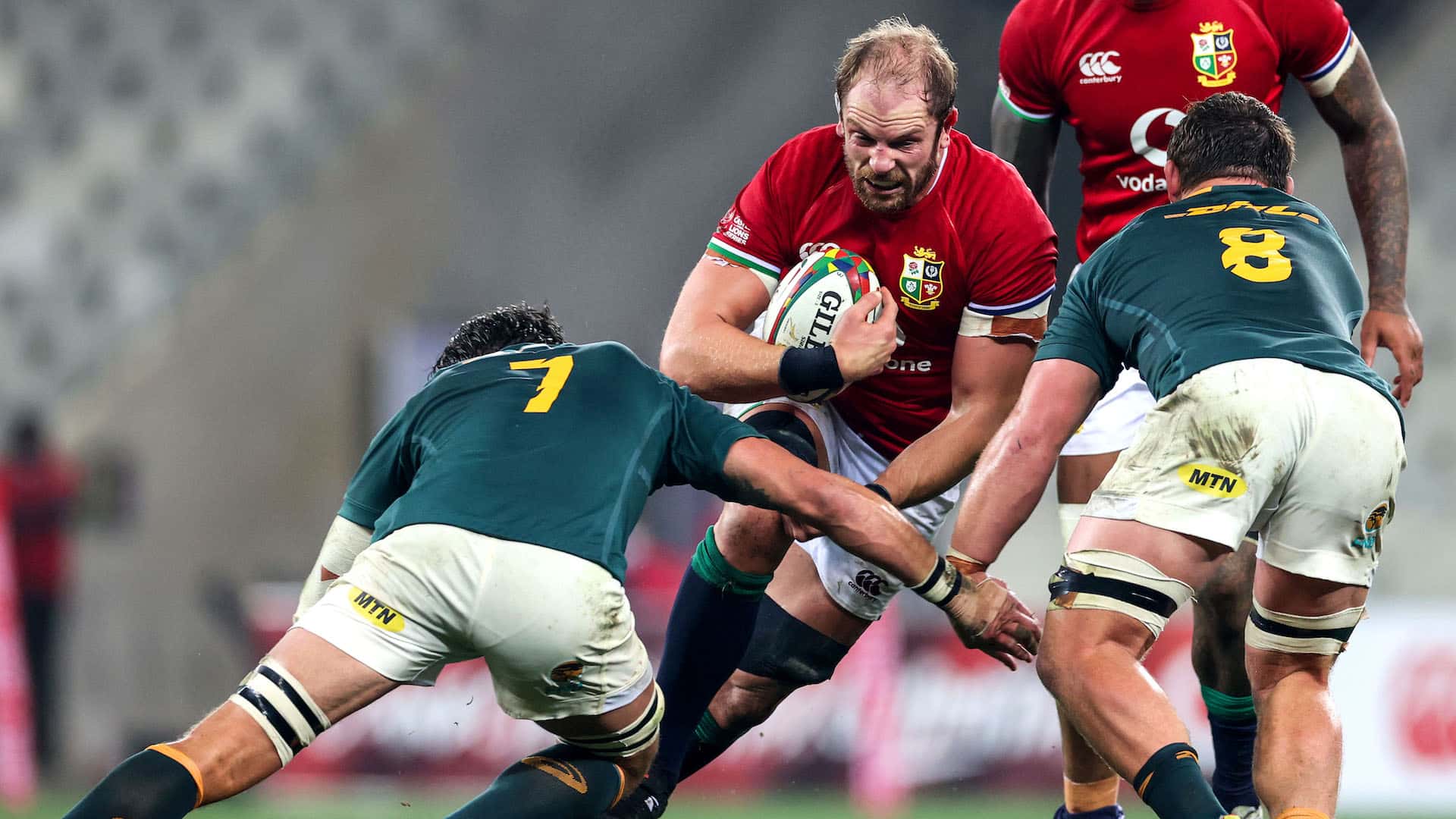 AWJ equals Lions record but side fall short to the Springboks

Alun Wyn Jones equalled Graham Price’s record of playing in 12 consecutive British & Irish Lions Test matches, but it was not enough to stop the tourists from slipping to a heart-breaking 19-16 defeat to the Springboks to lose the series.

Russell levelled the scores with a penalty before the Lions took the lead when Wales hooker Ken Owens powered his way over from short range.

The Lions seemed to hold the upper hand and Liam Williams had an opportunity to release Josh Adams on the outside, but took the wrong option by holding on to the ball.

With the tourists on top they turned down two very kickable penalties to go for the corner, but some outstanding South African defence meant they left empty handed.

And Pollard added another penalty meaning the Lions turned around holding a 10-6 lead which could and should have  been bigger.

The Springboks upped the intensity and physicality levels in the second half as they dominated territory and possession.

South Africa took the lead when they won the high ball once again and Willie le Roux drew Jack Conan in, giving Cheslin Kolbe all the space he needed to run around Williams to score.

A lengthy review proceeded to check whether Springbok No 8 Jasper Wiese had knocked the ball on in the air, but the try stood.

But this game was not over yet as Russell levelled the scores with a monster penalty from just inside the South African half.

Steyn and Russell exchanged further penalties and the Lions went hell for leather as they chased a winning try.

They came mightily close when Mako Vunipola was held up over the try line, but they were penalised from the five-metre scrum.

And history repeated itself when Steyn stepped up to kick the winning penalty at the death to consign the Lions to a Test series defeat in the Rainbow Nation.