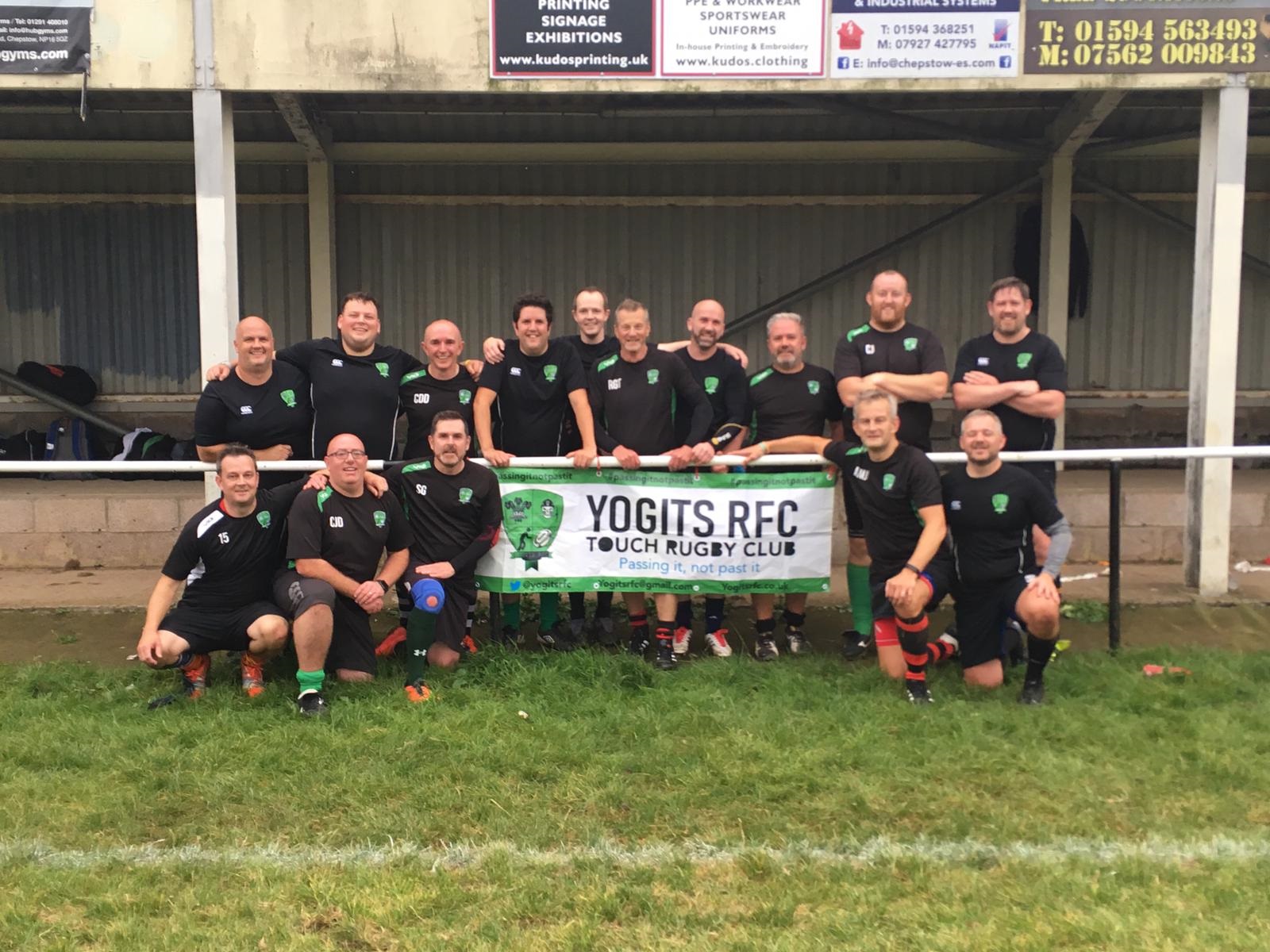 Before Covid-19 put a stop to rugby in Wales, Yogits Touch Rugby Club  was thriving week in week out, proving age was no barrier when it came to playing the sport we all love.

Yogtis was set up as a touch rugby club for over 35s, for all those looking to fill that void that rugby once played in their life.  Andrew Morgan Jones, founder of the club said: “We were averaging around 20 players every Thursday night at our touch rugby sessions through the winter (we have a membership of 50 – with our oldest player, Roger, in their 60s) and we were looking forward to building on that in the summer until the season was cut short. We were flying and going well until Covid struck.

"The health of our players and community has to come first and in that context touch rugby is not important, however, for the mental and physical health benefits Yogits helps to provide,  there is always the risk of  losing that momentum, but we’ve been working on challenges to keep the focus and us all together.”

#PassingItNotPastIt is the team’s slogan, proving that you don’t have to hang up your boots when you reach the age of 35. As well as providing a sense of belonging and re-igniting the camaraderie the social side of rugby brings, the club aims to promote wellness and improve mental health both on and off the pitch.

“A highlight for us this season to date was our games against Chepstow Gold, which showed there was an appetite for this type of rugby. Hard fought but played with excellent spirit – new friends have been made – which is what rugby is all about. It just showed that a club like ours in the Upper Swansea Valley can have an impact throughout Wales with Chepstow setting up their own team similar to ours. Risca and Upper Rhondda have set up similar teams as well. Tournaments were planned for the summer but I am sure these will be back in 2021. It’s all in the spirit of what we’re trying to achieve. Participation and getting people back on the field and having that sense of belonging.”

During these times, the club has grown its online presence to keep their members engaged away from the pitch.

“Our Whatsapp group has been our virtual rugby club. We keep a time in the diary every Thursday, when we’d usually meet, to have that regular touch point which is important. We come together for a quiz, or to share jokes and stories. We try and look out for each other on a one to one basis just to see how everyone is getting along. Thursday was very often the highlight of the week for many of our members. Whatever was going on in work or in life, they could come along on a Thursday, chuck around the ball, have a chat and a laugh and get stuff off their chests, great opportunity to get fitter in a safe and fun environment.”

“We’ve set up the 6 nations 4000-mile challenge, with the hope of engaging our members in the week which for many provides a great focus for their physical and mental health. I know I have found it personally very helpful. Collectively, we aim to cover a distance equivalent to a journey around all the Six Nations grounds  - whether that be walking, running, cycling, crawling, walking the dog or mowing the lawn. We even had an entry for digging footings for a new build!

"Our target was to complete the challenge in six weeks and raise £1000 for Mind in Ystradgynlais. In just over a week  we’ve smashed the fundraising target already, raising almost £1,200 but hope to raise much more and have covered half the distance already. Mileage contributions have come from over 40 participants  For a small club who have only been around for less than three years, it’s a huge achievement and one we’re really proud of. What makes rugby special is how it adds value to the community in which it sits.

"As well as supporting Mind, we always try and help as much as we can around the community working with local foodbanks. In addition, following an idea from Apparel 5 and Pethau Plant, partnering with sports clubs in our area, we helped raise £1,500 for Ystradgynlais Hospital, by selling club t shirts thanking the NHS."

Andrew Morgan Jones, Founder of Yogits Touch Rugby Club
"The one positive to come out of Covid-19 is reinforcing the sense of community that’s come off the back of it, people looking out for one another which is great.”

As well as breaking a sweat in the 4000-mile challenge, the club has played host for a variety of virtual rugby competitions over the weeks in lockdown, providing some well needed entertainment for their followers:

“The virtual rugby competitions were the brainchild of our own Huw “Shakey” Thomas. It’s been great coverage for our club, our Twitter following trebled during that period. Obviously, it’s not the same as a regular game of rugby, but it gets people focused on a Saturday and also during the week.

"We look back now and realise how important rugby was for us all. It was a cracking idea and we’ve been asked to host the competitions for others which has shown what we want to achieve as a club and got our name out there. We have even been on a virtual tour!

"We’re trying to be as inclusive as possible, which the virtual rugby competitions has allowed us to be. Prior to lockdown, we had just started our Walking Rugby section and will be keen to build this when it is safe to do so. Another ambition is have a ladies equivalent of Yogits one day. We have a wide catchment area with members coming from Llanelli, Ammanford as well as around the Swansea area, so there’s no reason why we can’t have a ladies section. There’s so many forms of touch rugby and would be a great way of getting as many people playing rugby after the age of 35 as possible We also hope to continue to strengthen our links with Mind in Ystradgynlais and make a real tangible difference to our members and the community.”