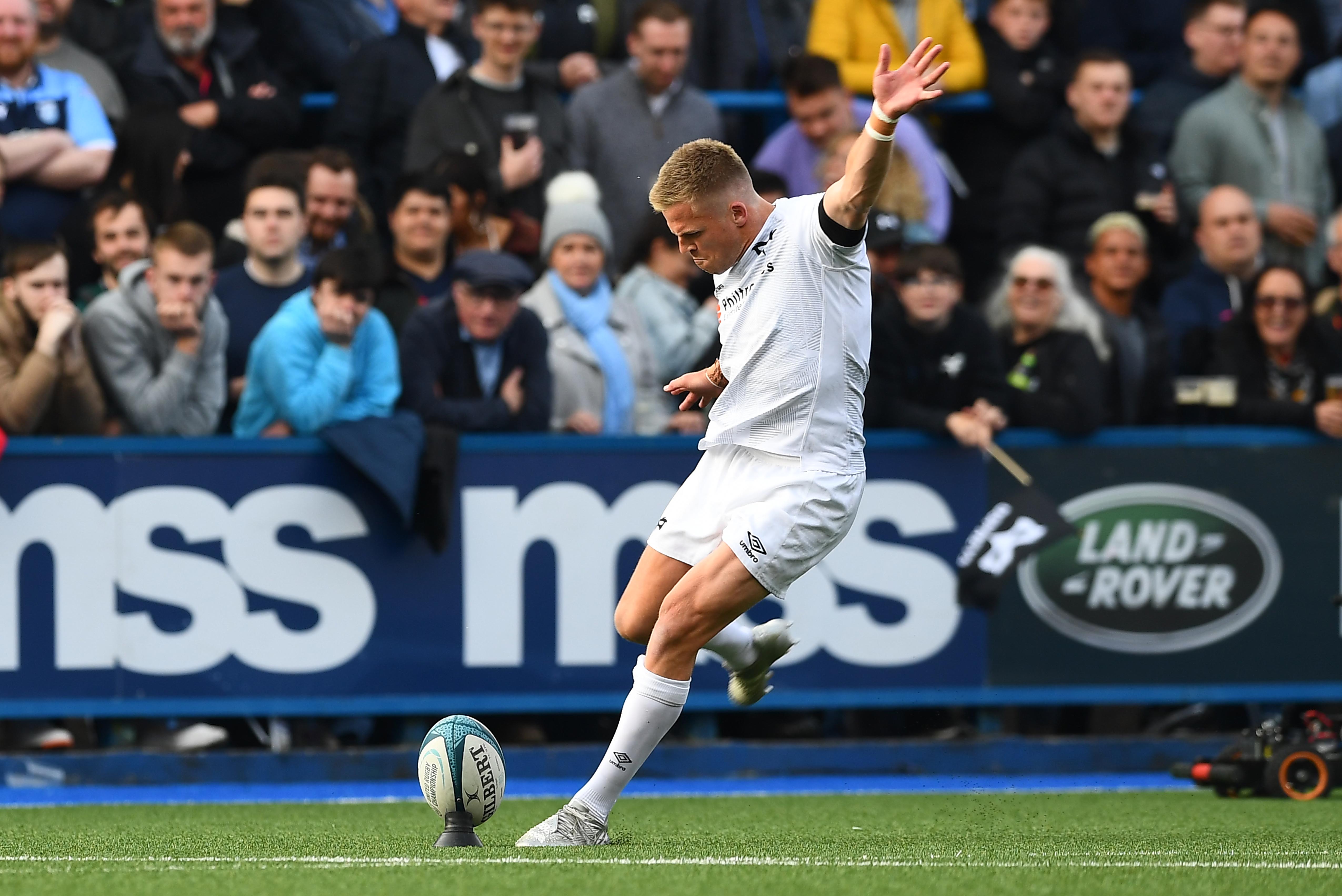 Gareth Anscombe has capped a remarkable return from his two-year injury lay-off by being crowned the United Rugby Championship’s Gilbert Golden Boot winner for 2021-22.

The prize is given to the season’s most accurate place-kicker, with all kickers who have attempted a minimum of 30 ranked by their success percentage.

And, after the URC StatMaster numbers - provided by Oval Insights - were crunched, it was Ospreys and Wales fly-half Anscombe who came out on top, boasting a success rate of 93.5%.

The 31-year-old only returned to action in pre-season from 761 days out with a knee ligament injury which had delayed the start of his Ospreys career.

“I’m delighted to win this award in my first season back after what was a long road to recovery. Hopefully I can build on this going into next year and all push on as a team.”

Anscombe’s figure came courtesy of finding the target with 43 of his 46 attempts and his closest challenger was Ospreys colleague Stephen Myler, who ended the campaign with a success rate of 90.6%.

The honour is the latest to be handed out as part of the inaugural URC Awards.

Tackle Machine and Turnover King were awarded on Tuesday, with Ulster’s Alan O’Connor and another Osprey, Jac Morgan, winning those categories respectively.

Top Try Scorer and Ironman will follow next week, along with the Vodacom Fans’ Player of the Season, Next-Gen Star of the Season and the Dream Team.