Another year for Bearman

The Newquay born back-rower, who is close to completing a century of Ospreys appearances since arriving at the Liberty five years ago, was out of contract at the end of the season. However, his consistency and influence on and off the pitch has seen him rewarded with a further twelve months.

“I feel I’ve still got plenty to offer this environment, so I’m really happy to have another year. At times this season the squad has been really young, but I’ve really enjoyed being in and around that, playing a part to help these boys develop, particularly when the internationals have been away.

“There’s real strength in depth developing in the back row positions, with some really exciting young talent starting to shine. I still want to play, I want to get past the 100 appearances for the Ospreys, but I realise that I’m at the stage where my role these days is about more than just that.

“I get a real buzz from being around the younger guys, working with them every day, pushing them on and, hopefully, helping them achieve their undoubted potential. If I can help them get that extra one or two per cent from themselves, that one or two per cent can make all the difference on a matchday or throughout the season. There’s still work to be done this season but without getting ahead of ourselves, I’m really excited about next year and how this group can develop.” 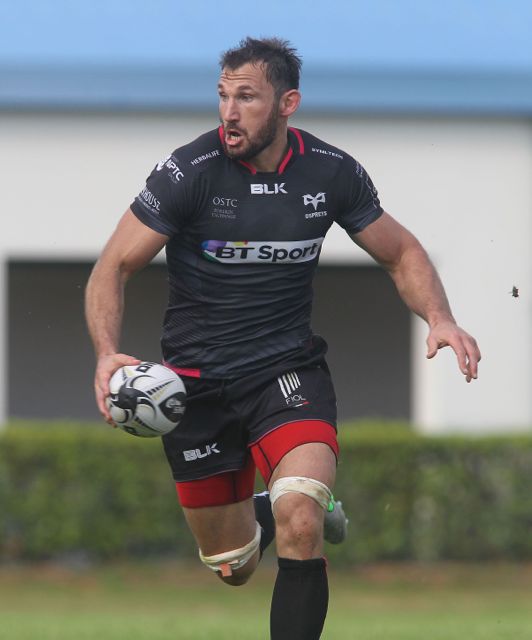 Bearman signed for the Ospreys in the summer of 2011, since when he has proven to be a consistent performer and influential member of the squad.

He made his debut for the region coming off the bench in a 32-14 win over Ulster in September 2011, with his first start two weeks later as the Ospreys defeated Munster 17-13. Having helped the region to a fourth league title the following May, he has 94 Ospreys appearances to his credit to date, scoring four tries. This season he has played 10 times.

“Joe has an incredible work ethic and as he’s shown at times this season, particularly in the second half of the year, he just keeps going. He has bags of experience that he is more than happy to share with his team-mates and while he is still desperate to get out on the pitch and play his part every week, he knows that he can be an even bigger influence in and around the environment on a day-by-day basis.

“That’s particularly the case with the younger players who look to him as a positive influence, in good times and bad. He’s a great personality and will undoubtedly continue to drive standards in the group, fronting up when needed and using every last drop of the huge experience he’s got.

“With this new contract, his role as a mentor to the young players in the squad will come to the fore and, while he intends to continue fighting for the shirt, his influence away from the 80 minutes on a matchday will become more and more important.”

In addition, the Ospreys have also confirmed the signing of in-form Crusaders centre/wing, Kieron Fonotia on a two-year contract for next season, and he will be joined at the Liberty Stadium by Scarlets and Wales prop, Rhodri Jones, and Dragons hooker, Hugh Gustafson.