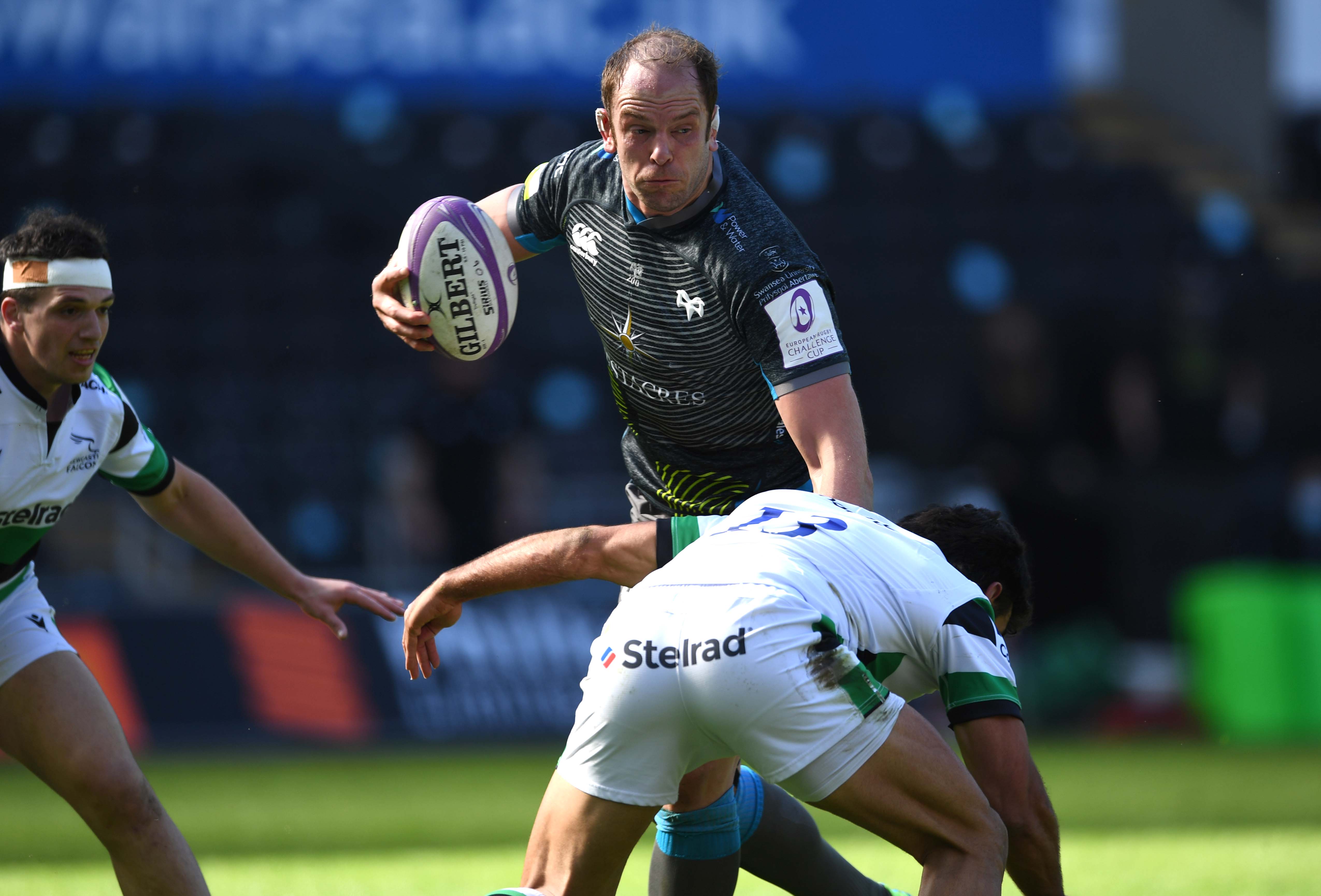 Alun Wyn Jones has announced a contract extension with the Welsh Rugby Union and the Ospreys.

Announcing the news directly to supporters, the world's most capped player (157 international caps, 148 for Wales), who led Wales to the 2021 Guinness Six Nations title, has extended his deal for another year, with options to further extend.

Jones is the Ospreys' leading appearance holder, featuring 245 times for the Region to date.

He extended his deal earlier this year before the Six Nations but wanted to focus on his rugby with Wales and Ospreys but has now announced his extension.

"Earlier this year I extended my contract with the Welsh Rugby Union and the Ospreys. I'm really pleased to have done so and to continue by career with my Region.

"In these very different times off the field and with rugby the focus on the field I didn't feel the time was right to announce when I put pen to paper, but I am very pleased to extend my current contract for another year.

"I'm grateful that I get to continue to do what I love to do and to continue playing for the Os.

"I would like to thank everyone who has supported me during my career to date and particularly through these difficult times.

Wayne Pivac, Wales head coach
"It is not just what he does on the field, it is what he does every minute of every training session. He leads both on and off the field in everything that he does."

"I'm delighted that Alun's contract extension has been announced in what is huge news for the game in Wales.

"Alun will go down as one of the greatest players of all time but he is still at the top of the game, performing and winning and he deserves the contract extension, he is an important part of our future.

"It is not just what he does on the field, it is what he does every minute of every training session. He leads both on and off the field in everything that he does.

"He has huge pride in the jersey and playing for his country and that is evident in his preparation, his effort and commitment.

Toby Booth, Ospreys head coach
“His journey with the Ospreys now continues. His presence on the field is mirrored with influence on the culture of our team off the field."

“Alun Wyn Jones’ commitment to delivering high performances, week-in and week out, was evident to everybody during the recent Six Nations campaign when he was undoubtedly one of the players of the tournament.

“His ability to deliver high performances throughout his career is what marks him out as such a world class player and it is great that he believes the Ospreys can deliver on his and the regions ambitions. His commitment to his home region and his teammates are obvious for all to see on a daily basis.

“This confirmation of his future plans, despite being agreed for a long time, shows the respect he has for all and not wanting speculation to hinder preparation for Wales and the Ospreys. This gives everyone an insight into the man behind the player.”

“His journey with the Ospreys now continues. His presence on the field is mirrored with influence on the culture of our team off the field. This will undoubtedly be at the forefront of our improvement going forward.”