It is one last hurrah for captain Adam Thomas, Wales' stalwart who will be competing in the Principality Premiership next season. In Luke Morgan they can boast the second deadliest try-scorer in the world this year, scoring only four fewer than hosts USA's Carlin Isles in the 2017/18 World Rugby Sevens Series.

Bolstering a squad of World Series regulars such as Ethan Davies, Owen Jenkins, Luke Treharne, Ben Roach and Will Talbot-Davies are Cardiff Blues' Lloyd Williams and Ospreys' Cory Allen. The duo - capped 23 and six times respectively for Wales in 15s - recently helped Wales to the Exeter Sevens quarter-final as part of their World Cup preparations.

One of the Guinness Pro14's biggest young prospects, the Dragons and former Wales U20 back Jared Rosser (pictured), is selected; as is Tom Williams, who has made a strong impact in his final sevens season before returning to Ospreys on a full-time basis next season.

RGC's Afon Bagshaw and Cai Devine have both captained Wales in Rugby Europe this season, their maturity and development impressing their coaches and cementing their place in the final tournament of the season.

Head coach Gareth Williams said: "This is a great culmination to our season. The World Cup has been an aim of ours for the past 18 months and we're excited with the squad we have put together.

"We are building nicely towards the opening match versus Zimbabwe, and starting well against their physicality and elusiveness is a key aim of ours.

"The tournament structure is different, but exciting, and we are eager to get out there and get things started."

Wales will face Zimbabwe in the 'pre-round of 16' matches at 22:00 BST this Friday, with the knockout format significantly increasing the stakes in this year's tournament. The Rugby World Cup Sevens will take place at AT&T Park, the home of baseball's famous San Francisco Giants, and will be broadcast on ITV. 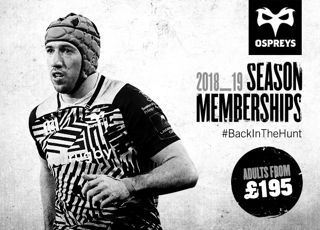