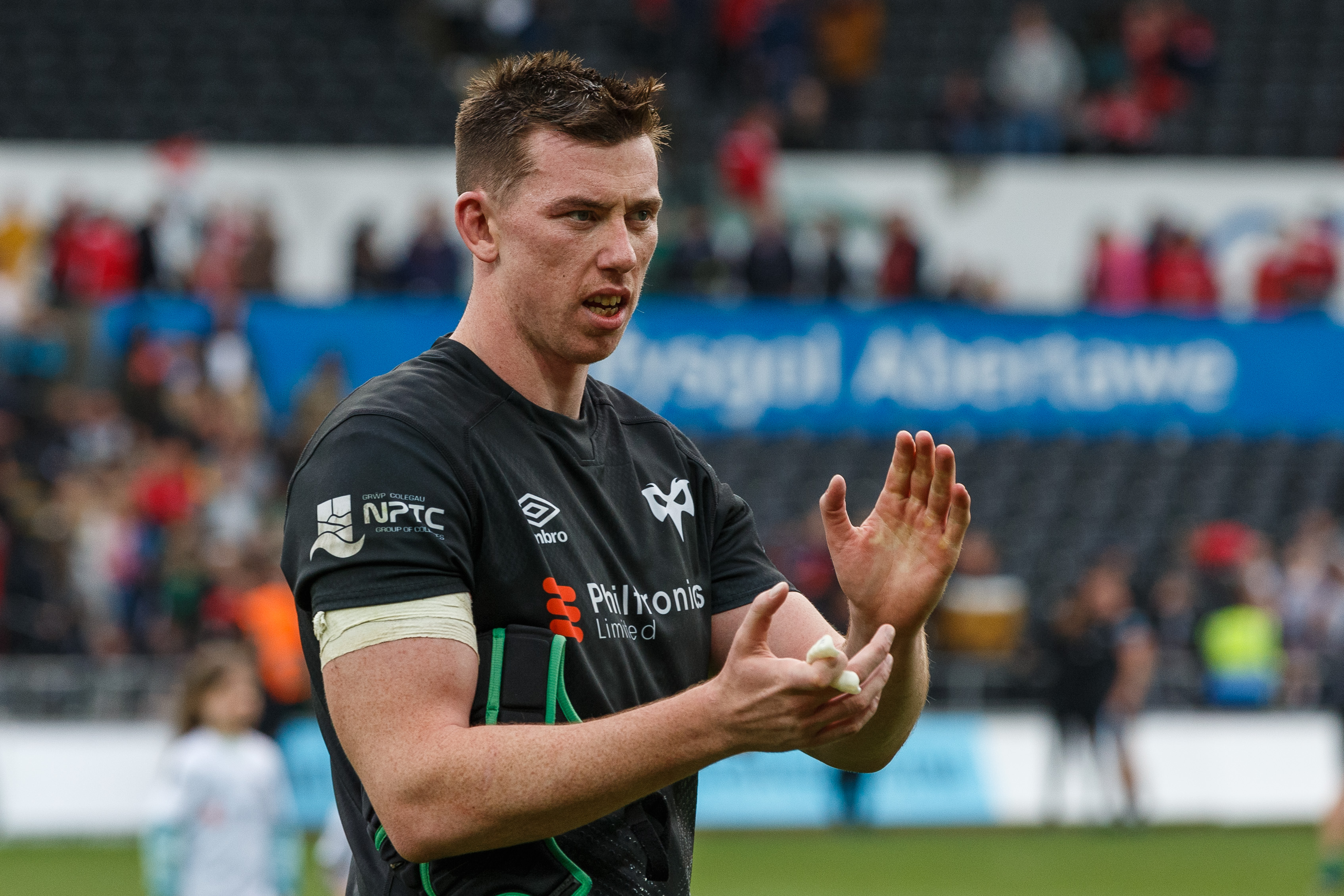 Adam Beard is a symbol of the determination and resilience of the new Ospreys.

He has fought back from the disappointment of missing out on Wales selection to play for the British and Irish Lions and was vice-captain for his country in the Six Nations.

The big second row and lineout technician made his 100th appearance for the Ospreys against the Scarlets last weekend.

It marked a remarkable journey for a player who was an Ospreys supporter as young boy and who came through the region’s Player Pathway Programme.

Toby Booth, Ospreys Head Coach, has already said that Beard has all the qualities of a future captain of the team.

Anyone who has seen Beard operate would acknowledge his development as a player and leader during this season’s campaign.

“It is something I am immensely proud of and my family were there for a big milestone,” said Beard.”

“I have been an Ospreys supporter from a young age and came through the Academy and to reach 100 games for my home region is something special.”

Beard and Alun Wyn Jones have both passed personal milestones with the Ospreys in recent weeks. They have formed an impressive and formidable due for region and country.

“It’s always special to pack down and play alongside Al, we have done it quite a bit now and I know what he is about,” said Beard.

“A quick word on the man, he passed another amazing milestone himself.

“He is Mr Ospreys and is unbelievable.”

But what does Beard remember about his Ospreys debut as a teenager against the Exeter Chiefs?

“It was a massive moment for myself,” said Beard.

“I remember it like it was yesterday. It was in the LV Cup back then. I was just called in for a week of training and there was no intention of playing.

“It was against Exeter Chiefs and two second rows went down that week and I had the opportunity as an 18-year old.

“It is a fond memory and it will be stuck in my mind forever. It was just great and I have enjoyed it all ever since.

"And, then to play 100 games for my home region is just a dream come true.”

Beard was a mainstay of Warren Gatland’s Wales squad but then fell out of favour but his resilience saw him return to the national squad and earn a Lions call-up for the tour of South Africa.

“It has been a big couple of seasons for myself,” said Beard.

“We have great guys at the Ospreys who keep me on my toes and I get constant feedback from the Wales coaches and management.

“It has been a really positive seasons for myself. I just want to keep on the same track and keep working hard and developing my game.

“I am 26 and I am still a young guy with years ahead of me and I am far from the finished article.

“I just need to keep on improving and developing, whether that is on the field or the off field stuff with developing my leadership skills.

“I just know I am really enjoying my rugby.”

Beard maybe part of the Ospreys leadership team now but he is quick to acknowledge the young players coming through in the squad, like Jac Morgan, Morgan Morris, Will Griffiths and Rhys Davies.

‘We have a really good group of young players and they are contributing massively and what strikes you is what good guys they are, with their feet on the ground,” said Beard.

“They all work hard for each other and they want to improve daily. They will all be massive for the Ospreys as we go forward.”