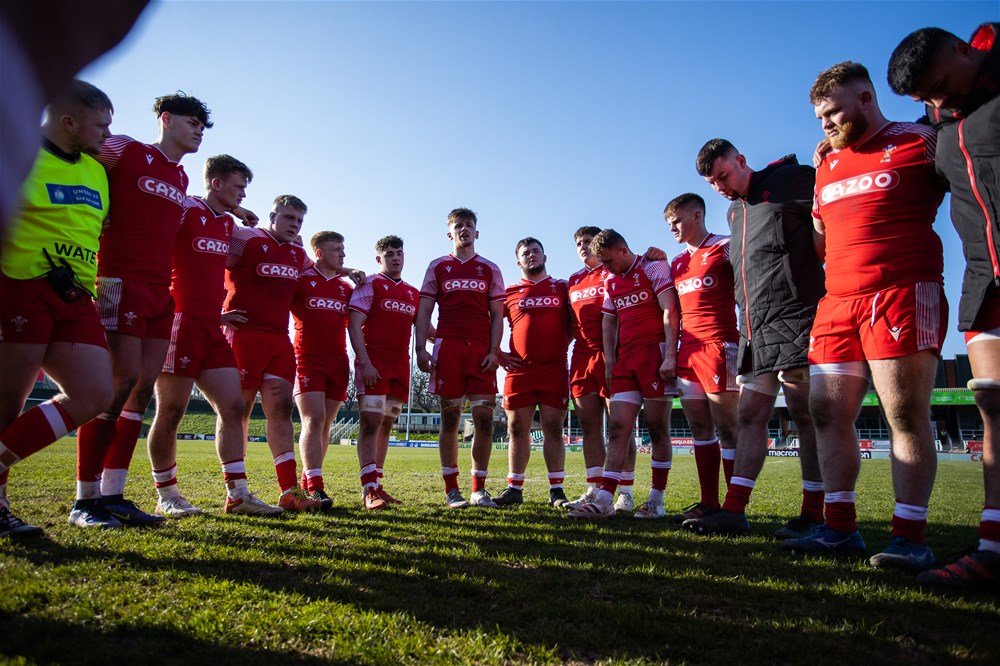 9 Young Ospreys selected for Wales 20s in Round 2.

9 young Ospreys will feature in tomorrow’s Wales U20s Clash vs Georgia as Morgan Morse is promoted from the been to start at No.8

Wales head coach Byron Hayward has named his side to face Georgia tomorrow at Stadio Monigo in the second round of the U20 Six Nations Summer Series (KO 4pm UK).

There are three changes to the starting XV which defeated Scotland 45-15 in the opening game last Saturday.

Exeter Chiefs’ Oli Burrows gets the nod at hooker with Efan Daniel rotating to the bench while Morgan Morse gets his first start after four appearances from the bench. They 17-year-old replaces Benji Williams who moves to the bench.

The only change in the backline is at scrum half where Morgan Lloyd replaces his injured Dragons teammate, Chay Hope. Ospreys’ halfback Rhodri Lewis will be Lloyd’s understudy and along with his regional colleague Ben Williams, is in line to earn his first cap.

“We felt the boys did a really good job for 50 minutes or so against Scotland and it allowed us to give the 26 players opportunities that I didn’t think we would be able to before the game,” said Hayward when explaining his selection.

“We managed to look after a few of our front-line starters and give some boys game time which I wasn’t really expecting beforehand, so it is a vote of confidence really because the boys did the job,” said Hayward.

“Oli and Efan have different roles this week. They are both top quality players and it’s a case of horses for courses. Georgia are going to be really confrontational and while Efan could match that confrontation, the energy he can bring coming off the bench gives us an extra dimension – those two players are good assets to have and we are blessed to have them.”

For the second time in his short career, Morse scored as a replacement against Scotland to force his way into the starting line-up to face Georgia.

“For such a young lad Morgan never ever fails to impress,” said Hayward.   “He is the youngest in the squad by a mile but he never fails to impress and surprise us. We brought him out here as a seven. He may be quiet lad but he is a very intelligent rugby player. For his age, I don’t think I have ever seen anyone so professional. He forces us to select him – his work rate off the ball is phenomenal.”

Despite a comfortable win against Scotland, Wales’ poor discipline has to be addressed if they are to gain future success in the competition said Hayward.

“We need a massive improvement in this game. In the second half we gave away seven penalties on the trot and had 17 in total. That’s been addressed in our review and the boys are aware of it. Giving away that number of penalties is unacceptable at any level.

"At the end of the day, we want to do well in this tournament, but we won’t if we give 17 penalties away.”