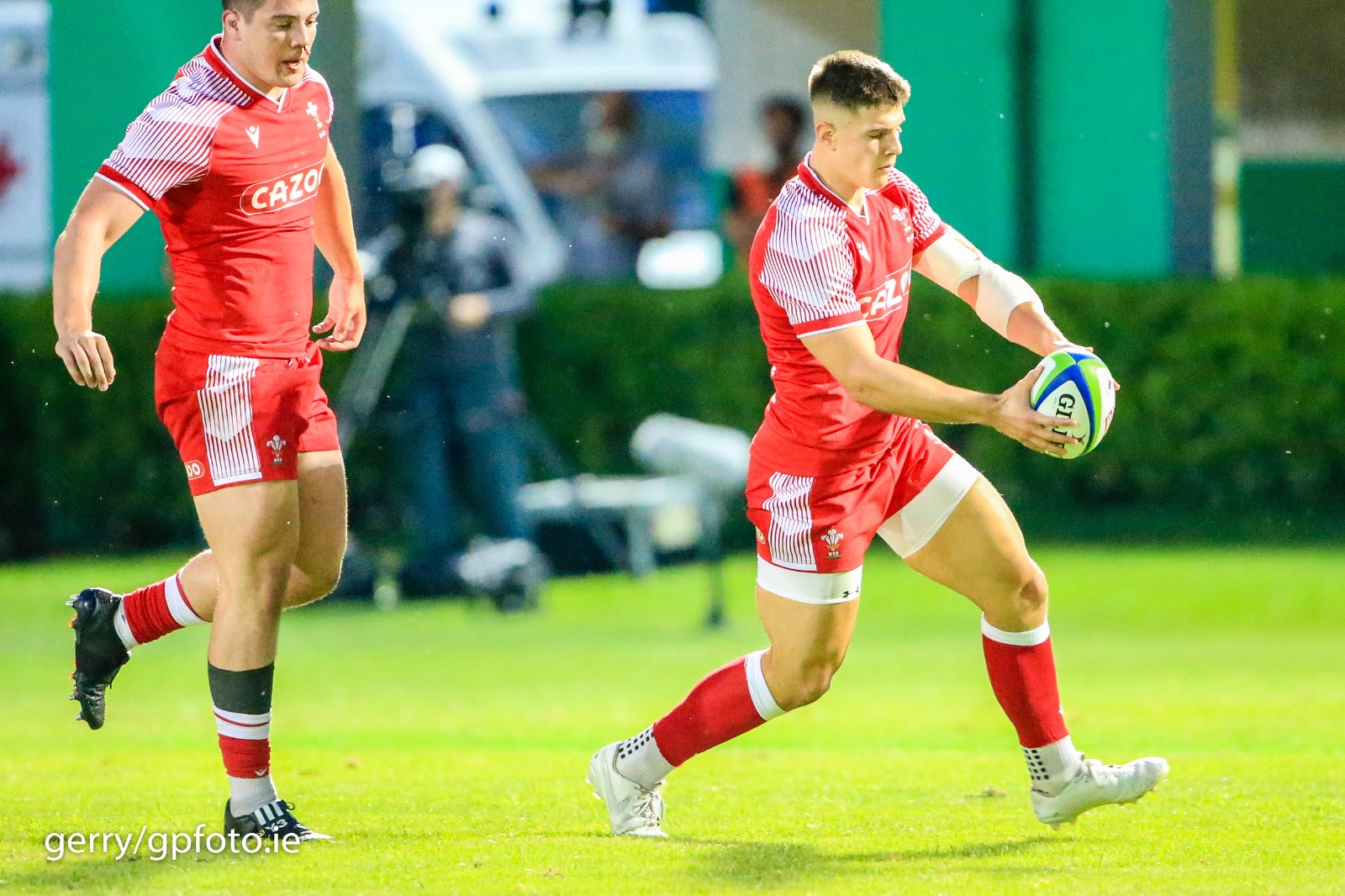 7 young Ospreys named in Wales U20 side

Wales have announced their squad for tomorrow evening’s final of the U20 Six Nations Summer Series against South Africa in Treviso’s Stadio Monigo, (KO 8pm).

Wales have named 7 young Ospreys in the team skippered by centre Joe Hawkins. Harri Houston and Dan Edwards join their regional teammate in the backs with Aberavon RFCs Ben Williams starting in the back-row.

Off the bench, Cameron Jones, Morgan Morse and Iestyn Hopkins complete the Ospreys contingent in the side.

“The boys did a job against Italy and all credit to the boys who took to the field,” said Wales U20 head coach Byron Hayward.

“They had to overcome a lot of adversity because of the yellow cards – we played 30 minutes with 14 men as well and that was no easy task against a very good Italian side.

“Efan picked up a knock against Italy at the end of the first half which he has been carrying since so we’ve decided to err on the side of caution and start with Oli and we’ll also carry Morgan Veness on the bench as well.”

Veness is the only member of the squad who hasn’t taken part in any action to date, but Hayward was quick to praise the effort the hooker has been doing off the field with this professional attitude.

“It’s always difficult for the boys who don’t make the match day 23 or 26 in our case. They can get demotivated and a bit home sick because they are not involved but he has been a 100 per cent team member and an integral part of our success here and he deserves his opportunity.”

Hayward believes the pressure his side has faced so far to reach the final will stand them in good stead.

“If you look at the three games we have played so far we have probably shown a little bit of everything,” he said. “Scotland was obviously a very good performance played at a high tempo speed and we scored some really nice tries. Then we were forced to dig deep against Georgia and went to a place we have never been before because they were so physical.

“And then against Italy there was a combination of a bit of both as they are a very physical team, but they can play as well.

"South Africa are obviously a very good side as they have beaten three high quality teams to make the final. They are very athletic, physical and possess pace and power, but we have the same. We are not fearing South Africa at all. Our boys are really looking forward to it as we don’t often get the chance to play this opposition.

“I don’t think Wales have been in a final since 2013 so this is a privileged position to be in. It’s important they enjoy the occasion and give 100 per cent and what will be will be.”