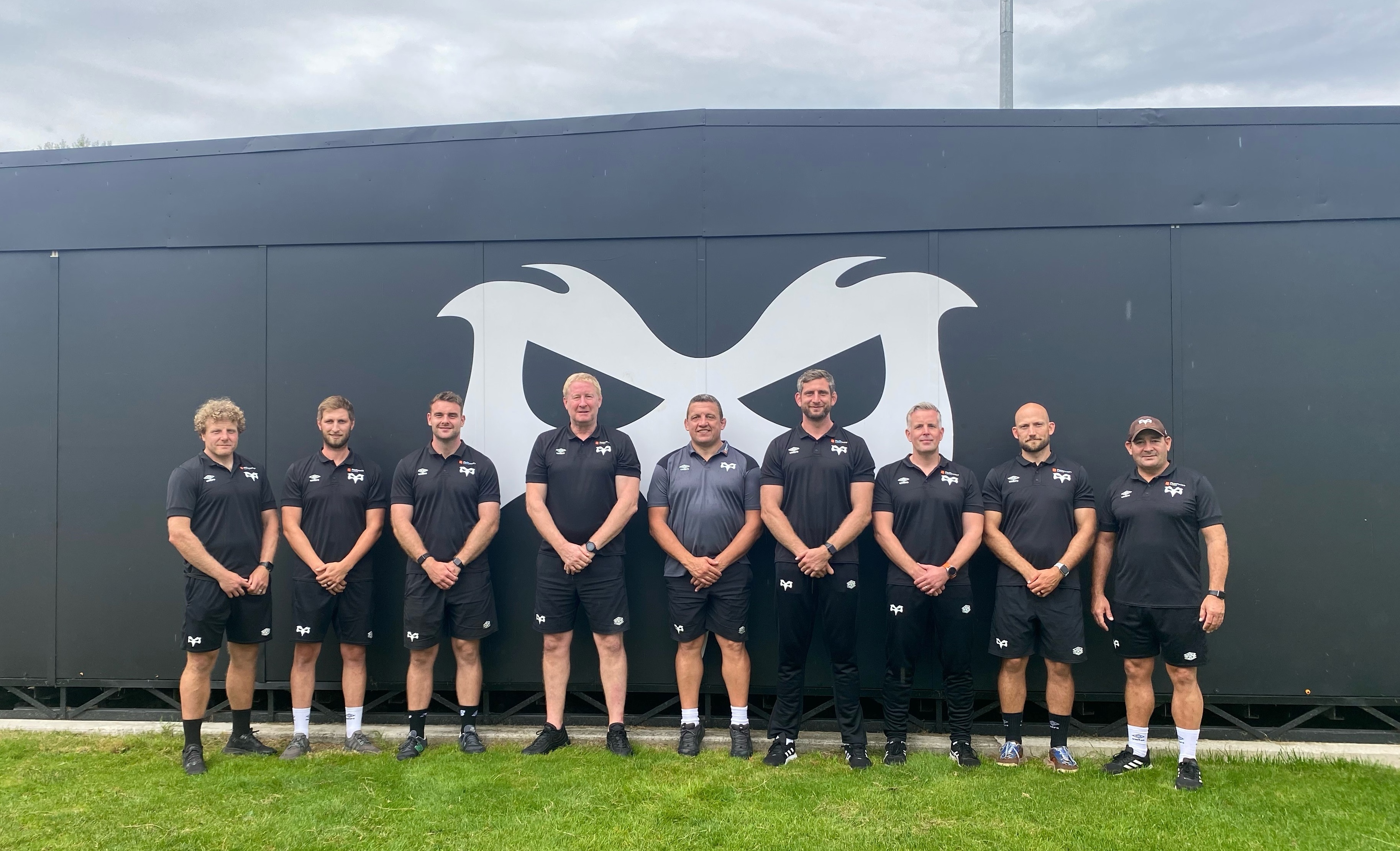 Ospreys have announced their on and off-field coaching structure for the coming season as the Swansea.com Stadium team look to defend their BKT United Rugby Championship Welsh Shield title and mix it with Europe’s best in the Heineken Champions Cup.

As part of the vision to run a player first programme placing the player at the heart of each decision across the board, Toby Booth will lead the coaching team as Head Coach in his third successive season with the team alongside Ospreys stalwart Duncan Jones also in his third season as First Team Coach.

Richard Fussell is promoted to attack coach after filling a similar role when heading up Ospreys Development XV campaigns in the Celtic Cup as well as spending two tournaments with Wales during the U20 Six Nations.

The former back-three man notched up 113 appearances for the Ospreys as a player, crossing the whitewash 18 times. He has spent the past few seasons as skills coach for the senior team and now takes on a new role.

Richard Kelly comes into the fold as transition coach. The 34-year-old former lock has previously held down coaching jobs with the Scarlets and Wales U20s. He had six outings for the Ospreys as a player and also had significant spells with Swansea RFC and the Scarlets.

Darren Edwards continues as defence coach after coming into the Ospreys set-up in January.

The Maesteg-born coach brings a wealth of experience having previously guided Wales U20s, the Dragons, Bath and Wales Sevens, with his playing career including time at Saracens, Bedford, London Welsh, Newport, London Irish and Leeds.

Head of Physical Performance, Simon Church, Head Analyst Aled Griffiths, Head of Medical Chris Towers all lead their respective departments to drive the high performance environment ensuring the players can focus and put their best foot forward out there on gameday.