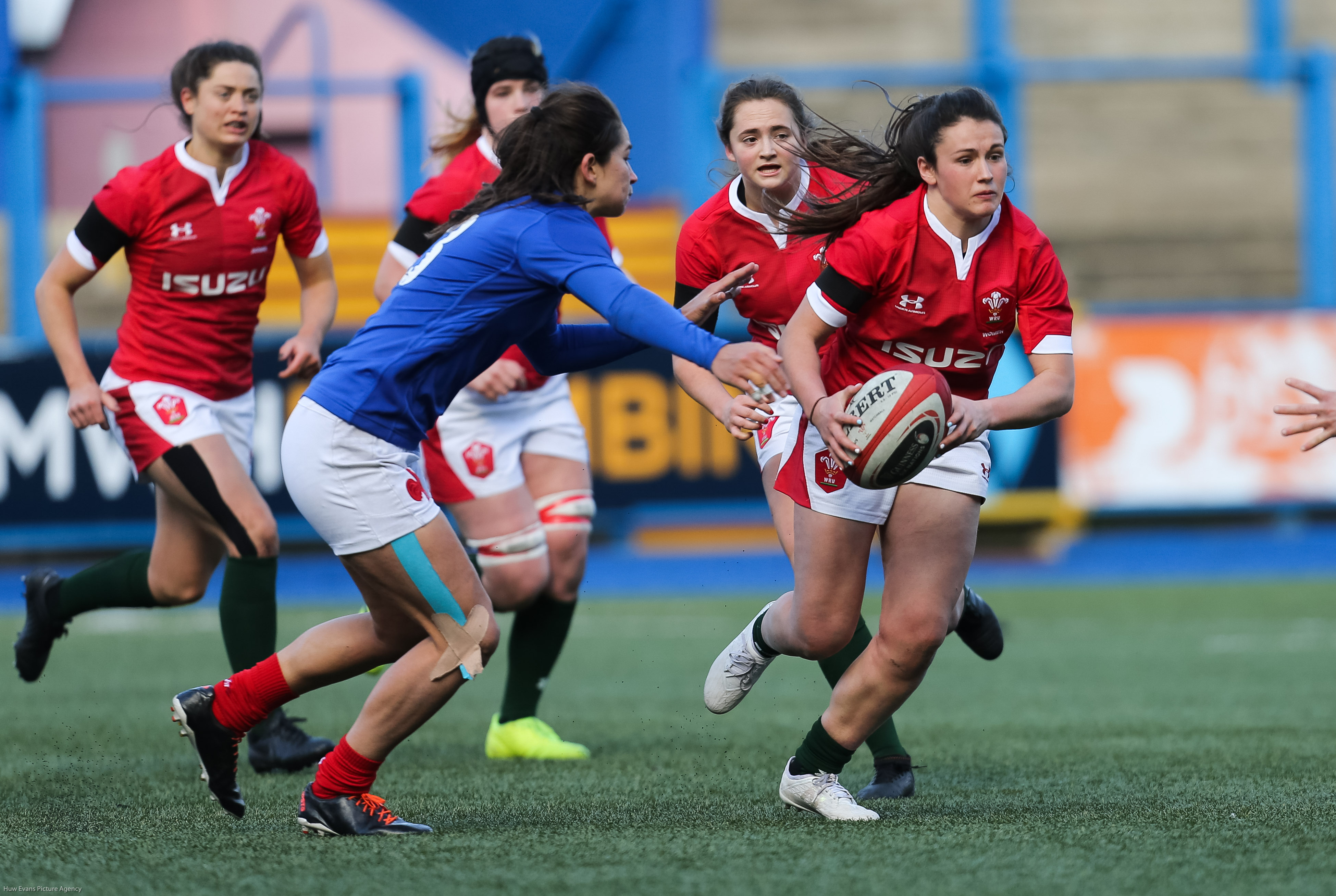 11 Ospreys named in Wales Women side to face England

The Wales Women team to face England on Saturday (12.05pm, Twickenham Stoop) was announced today at an event at Cwmbran Stadium where more than 400 primary school girls were given a day-long taster of fun, rugby-based activities.

‘Rookie Rugby’ events will introduce more than 10 000 girls to rugby this season, kicking off with a bumper week of large scale and school-based events around Wales.

There are two changes from the Wales side that lost to France eight days ago.

There is a new Six Nations second row partnership, Ospreys Natalia John returning to the starting line-up alongside Georgia Evans, and Hannah Jones returns to the centre, partnering Kerin Lake.

Kayleigh Powell and Keira Bevan retain the fullback and scrum-half jersey respectively. Siwan Lillicrap skippers the side and Kelsey Jones packs down at hooker to complete the Ospreys contingent in the starting lineup. A strong Ospreys representation on the bench sees Cara Hope,  Ruth Lewis, Gwen Crabb, Robyn Lock and Lauren Smyth all named in the side.

Coach Chris Horsman said, “We know Saturday’s Test will be a huge challenge, England are one of the best teams in the world right now, if not the best.

“We always knew this would be a challenging championship and following a tough day against France, England will certainly be no easier. However, the girls are ready to test themselves again against the best, that’s what they want to do in order to improve ahead of next year’s Rugby World Cup in New Zealand. We are fulfilling our aims of growing depth in the squad by exposing players to this level of the game.

“It was fantastic to see the enthusiasm of so many young players trying rugby activities, many of them for the first time.

“It’s a key aim of the WRU community department to grow the game for women and girls in Wales and meet the demand for more female playing opportunities along with other rugby roles. Increased numbers playing the game is certainly a key part in helping Wales to become more competitive internationally in the future.”