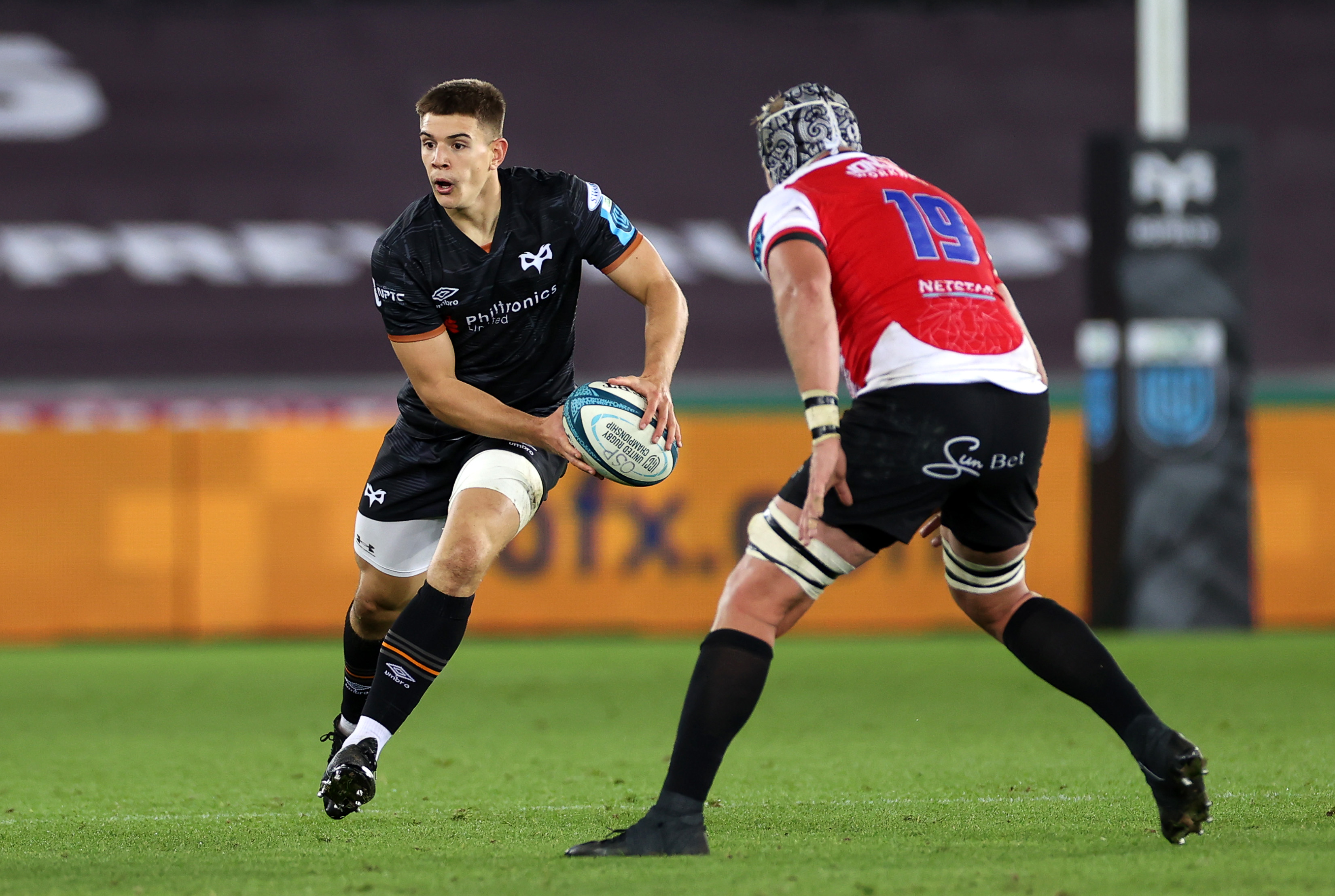 10 Ospreys named in the Wales squad to face Australia

Ten Ospreys players have been named in the squad to face off against Australia at the Principality Stadium on Saturday, with Joe Hawkins set to earn his first senior men’s international cap.

Head coach Wayne Pivac has named the Wales senior men’s team to play Australia in the fourth and final round of the Autumn Nations Series.

Wales face the Wallabies at Principality Stadium on Saturday 26 November KO 3.15pm GMT. The match is live on Prime Video, with English and Welsh broadcasts available. There are also highlights on S4C.

Joe Hawkins will win his first senior men’s international cap, coming in at inside centre for Owen Watkin who has been ruled out of the match due to a knee injury. George North partners Hawkins in the Wales midfield.

Leigh Halfpenny, named at full back, makes his first start for Wales since the summer of 2021 having featured as a replacement last weekend. Rio Dyer and Alex Cuthbert are selected on the wings.

Taulupe Faletau returns the Wales XV at No. 8 and will make his 100th Test appearance (95th for Wales and 5 Lions). Joining him in the back row are Jac Morgan (blind-side flanker) and Captain Justin Tipuric (open-side flanker).

Gareth Anscombe at fly half starts his third match this November. Tomos Williams is at scrum half.

On the Wales bench the front row cover is provided by Ryan Elias (hooker), Rhodri Jones (loose-head prop) and Tomas Francis (tight-head prop). Ben Carter and Josh Macleod, who made his senior international debut against Georgia, are the other replacement forwards.

“There’s been an injury to Owen Watkin which gives an opportunity to young Joe Hawkins. He’s obviously very excited. He’s been in camp training for the last month and learning a lot and he’s looked good in training so he gets an opportunity.

“Some players have come back that were not involved last week. Certainly it’s a side we’ve selected to get a result which we’re desperately seeking. They’ve gelled well at the start of the week and we look forward to seeing how we go.

“Clearly this will be a step up – we’re playing an Australian side that will have a lot of changes for probably similar reasons to ourselves over the last month or so with injuries, but what we do know about Australia is that they’re a dangerous side whatever team they put out. We’ve seen that with the close games in this autumn series. So we’re expecting a very, very tough battle.