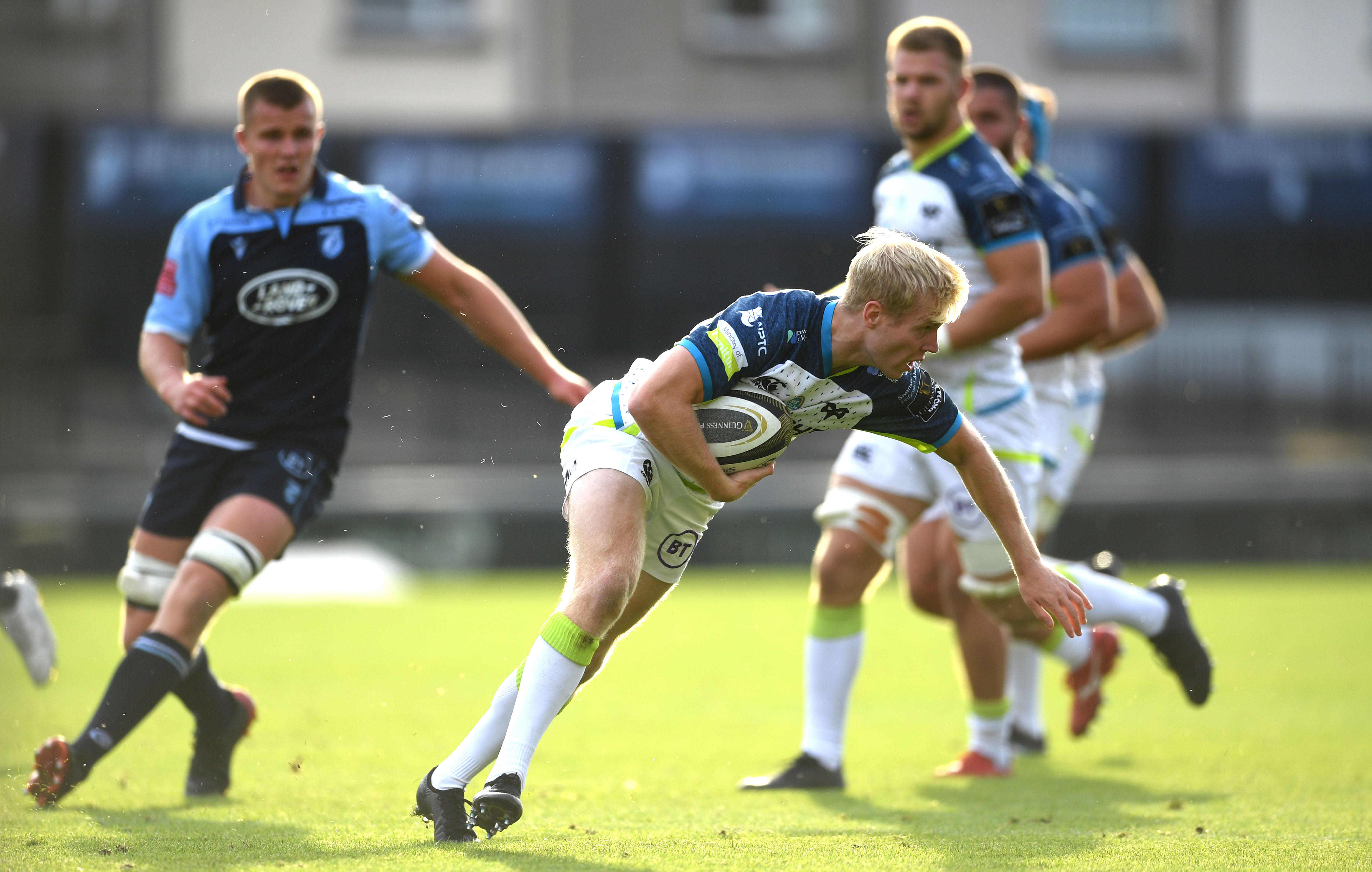 The game this evening was played in Rodney Parade, but Cardiff Blues were the official hosts; and it was they who lead the first half, two tries to one through wingers Jason Harries and Josh Adams. Cardiff Blues' outside half, Jason Tovey, converted both, making it three from the boot following a successful penalty goal. Ospreys' Stephen Myler also converted three from three, notching up a pair of penalties, and then converting Dan Evans' try, set up by centre Tiaan Thomas-Wheeler who made two crucial interventions to get his side over the line.

The second half belonged to the hosts as well. They were repeatedly refused access to the Ospreys' try line but four penalties from Jason Tovey punished the visitors severely. Ospreys found it difficult to get any real momentum, but positive contributions from Reuben Morgan-Williams, Dewi Cross, Dewi Lake, Morgan Morris, Kieran Williams, and Mat Protheroe ensured the final try of the game, scored by Luke Morgan, was an entertaining one.

Justin Tipuric, Ospreys captain
“Everyone has been frustrated but we have learnt a lot from this season. Like Toby [Booth] said, there’s a line in the sand now and we know what we have to do moving forward.”

There were plenty to be positive about in the opening stages, with the Ospreys scrum looking powerful early on, with Rhodri Jones making life difficult for the opposition front row. The outside halves exchanged penalties and Ospreys pivot Myler claimed a second shortly after. It was Cardiff Blues winger Jason Harries that got the try scoring underway, however, dotting down in the furthest corner and Tovey converting. On the half hour mark, Cardiff Blues struck again through their other winger, Josh Adams, gathering a kick through to crash over in the same corner.

It only took five minutes for the Ospreys to retaliate. Twenty-year-old centre Tiaan Thomas-Wheeler put in a delicate kick behind the opposition, and captain Justin Tipuric regathered to sow further chaos among the Cardiff Blues ranks. Thomas-Wheeler again got involved, feeding fullback Dan Evans who straightened the line to score Ospreys' first, Myler converting.

Cardiff Blues succeeded in keeping the visitors on the back foot early in the second half, but despite their best efforts, were simply unable to get near the try line. The hosts opted instead to kick the points, and Tovey obliged with four consecutive kicks at goal, tallying up 12 points over the half hour. During this time, Olly Cracknell was showna yellow card for not rolling away quickly enough, and Mat Protheroe replaced Myler, making his Ospreys debut.

In the final play of the game, there was a glimmer of Ospreys magic. Sparked off by the young scrumhalf Reuben Morgan-Williams, Dewi Lake made a powerful carry up the field before captain Justin Tipuric took the helm, making a break and offloading to the venerable Alun Wyn Jones. The big lock was tackled short of the line but popped the ball up from the flat of his back to Luke Morgan, who hit the support line like a train to score under the posts. Protheroe claimed his first points for the Ospreys with a successful conversion, bringing the final score to 29-20.

This game brought the 2019-20 season to an end for the Ospreys. There's much to be excited about looking ahead to the upcoming 2020-21 campaign with a new coaching team at the helm and the young homegrown talent taking a firm stance in the Ospreys front line.